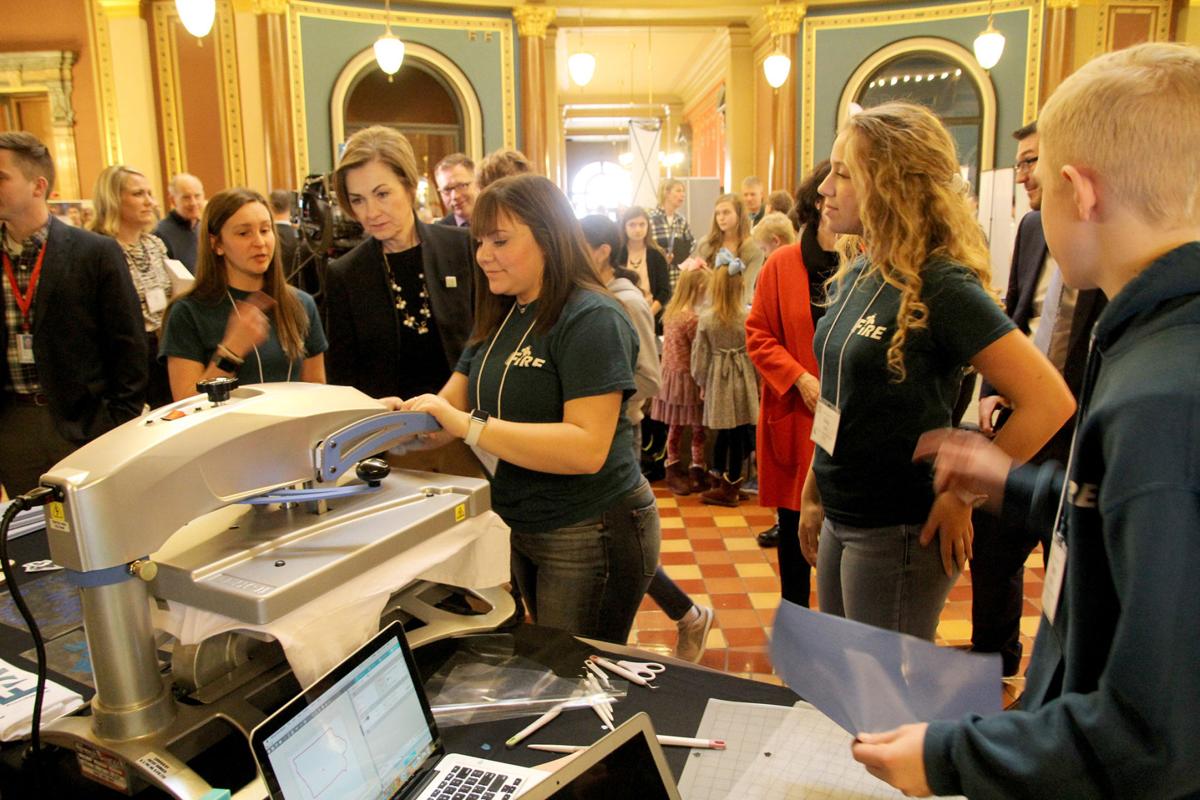 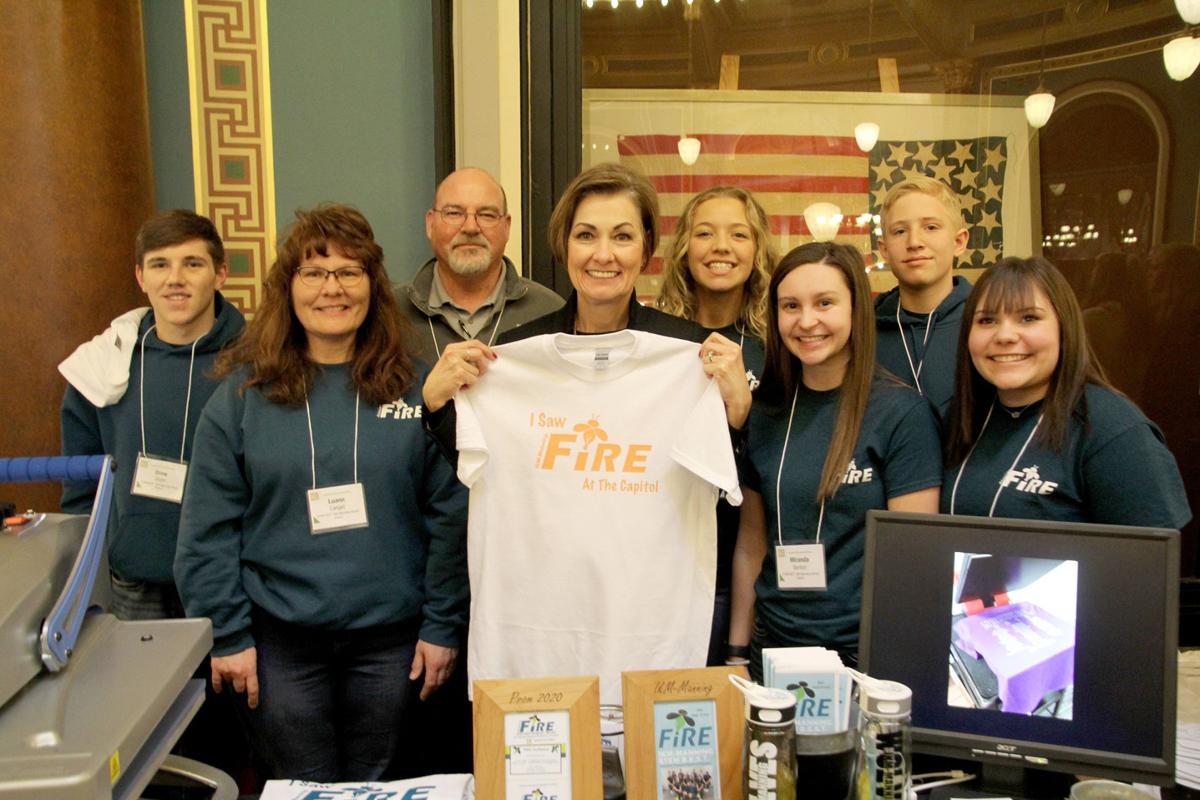 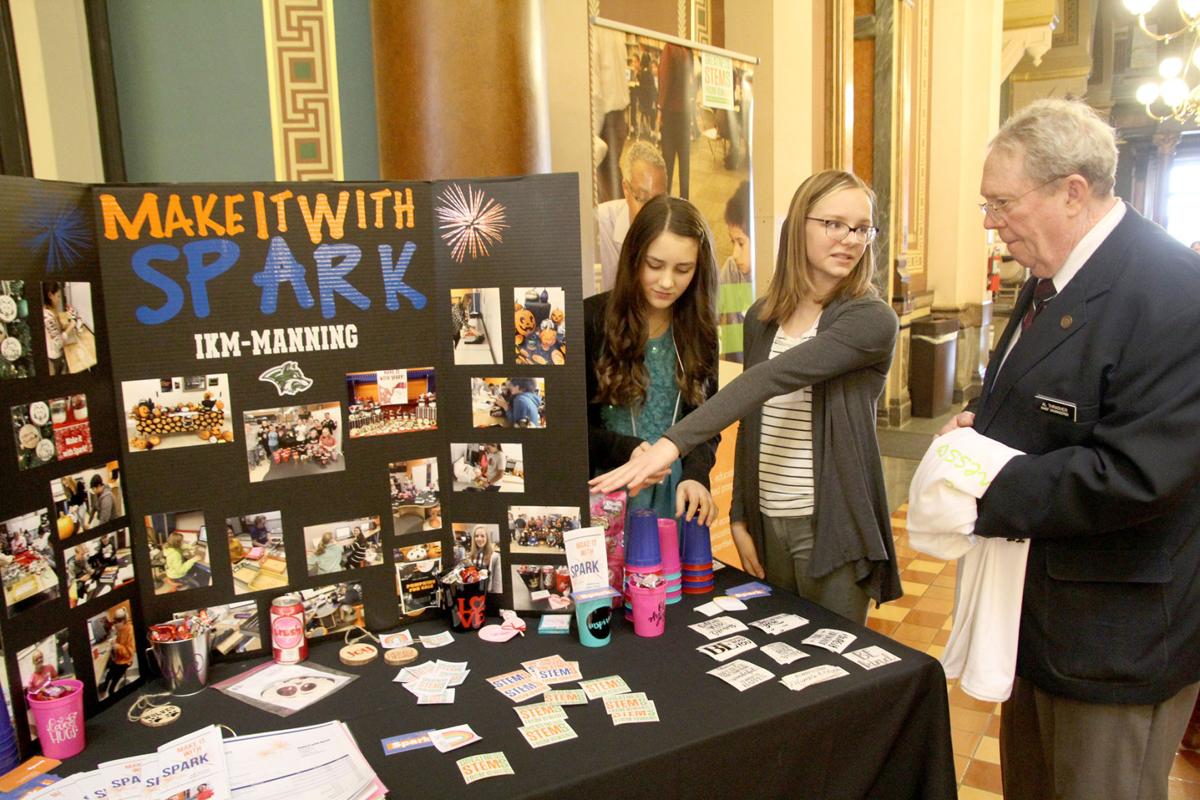 Emily Albertsen (left) and Kaui Jenkins present at STEM Day at the Capitol. 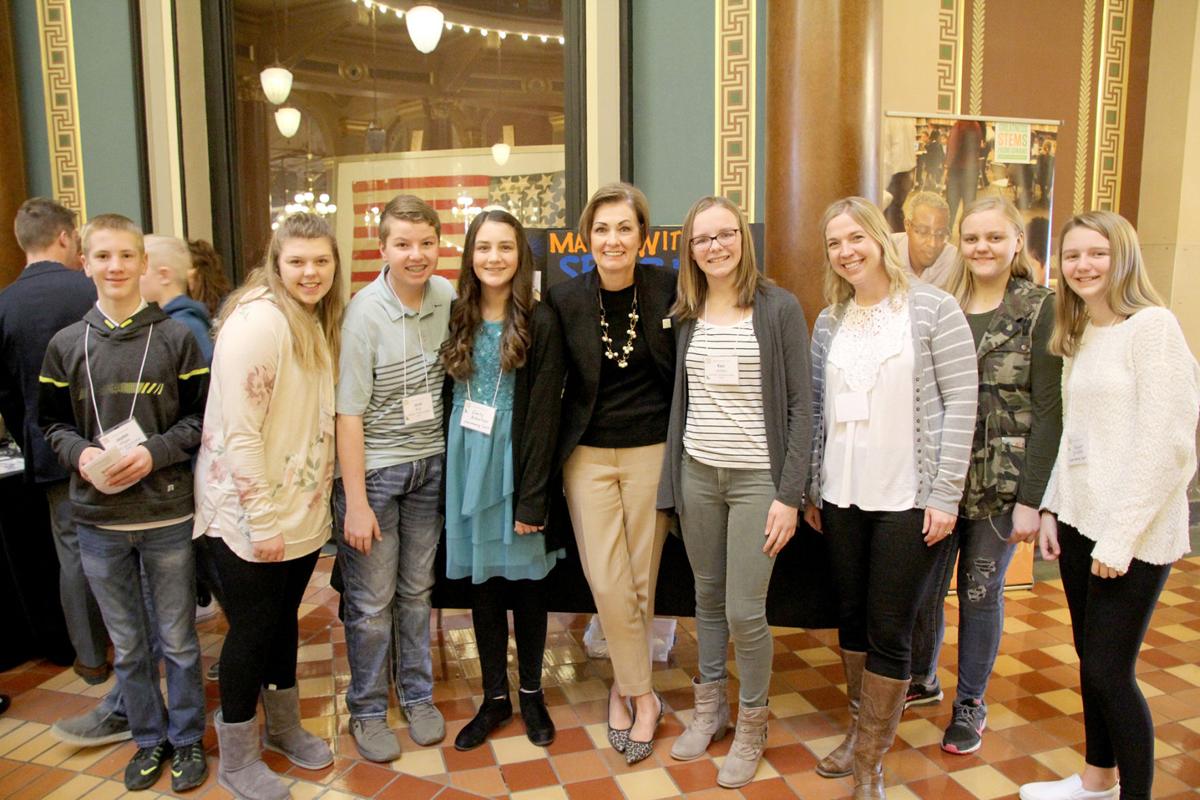 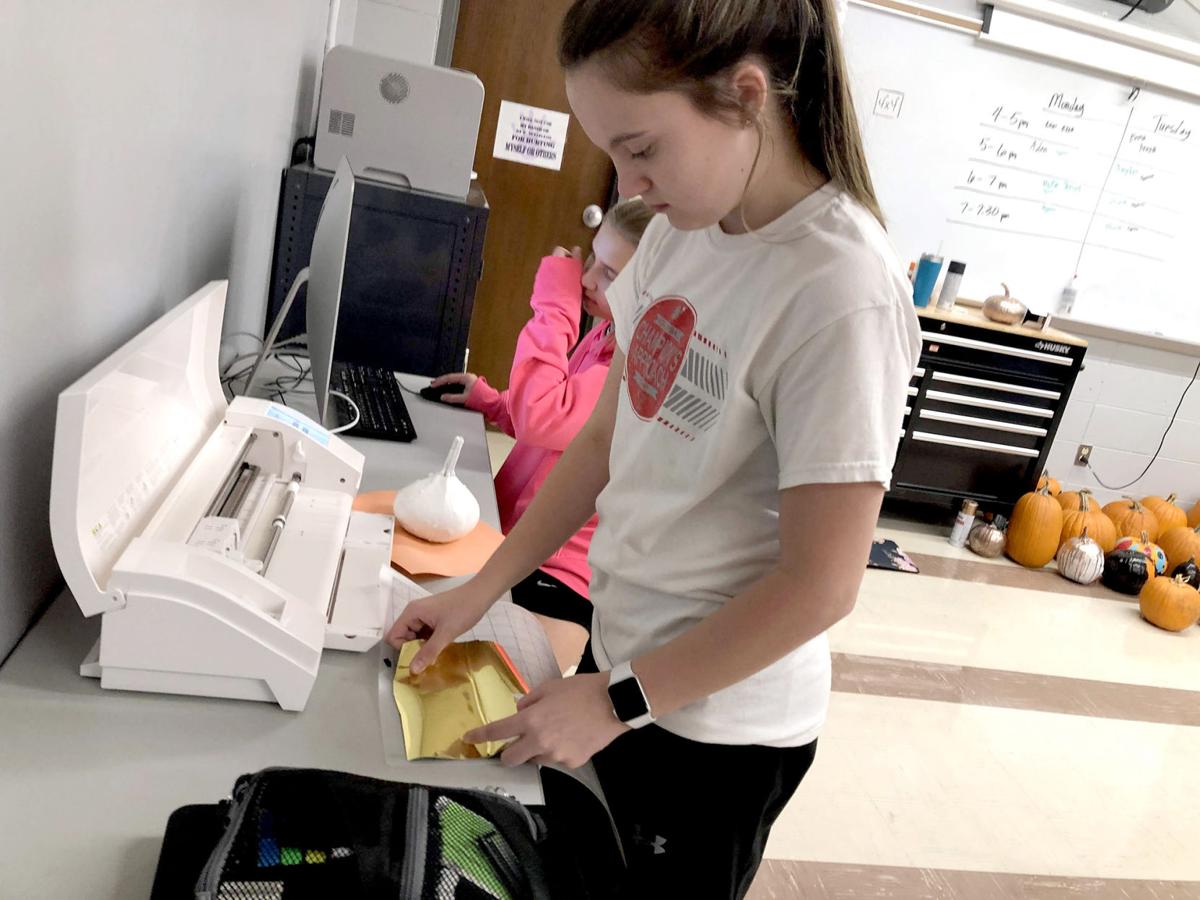 Trinity Miller uses a vinyl cutter at STEM Day at the Capitol. 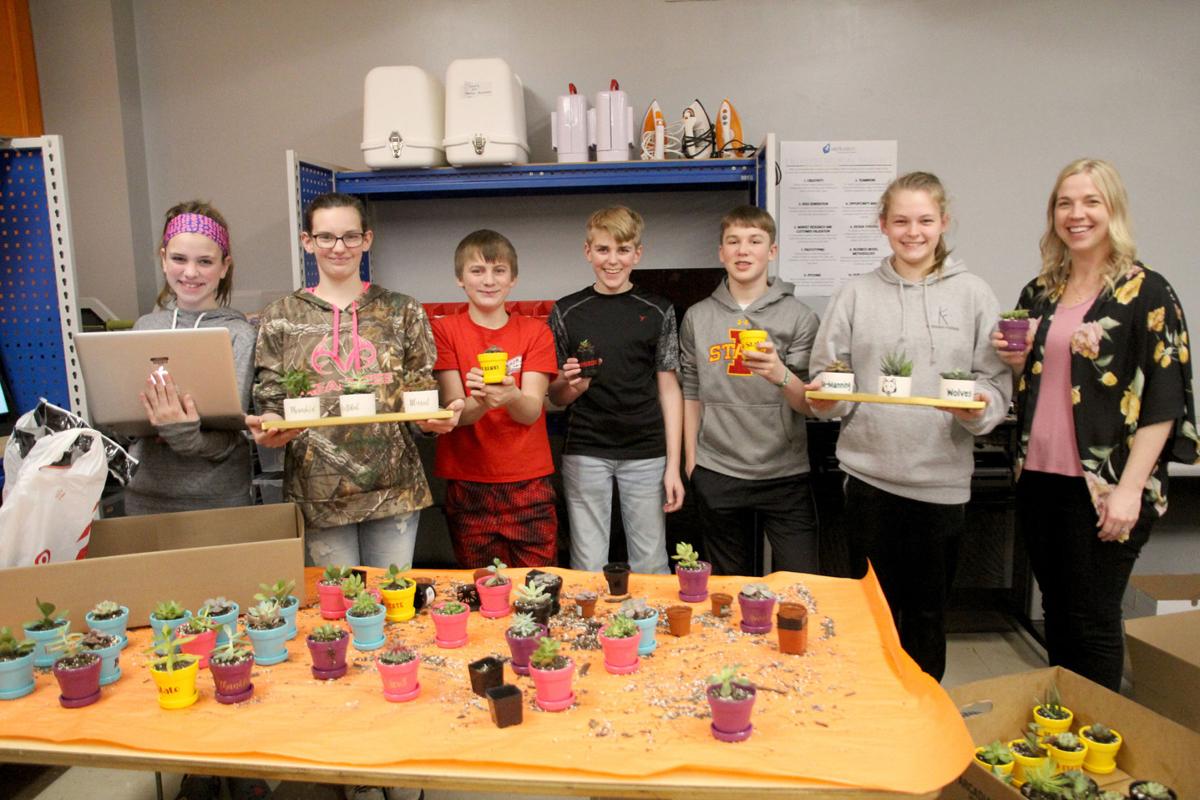 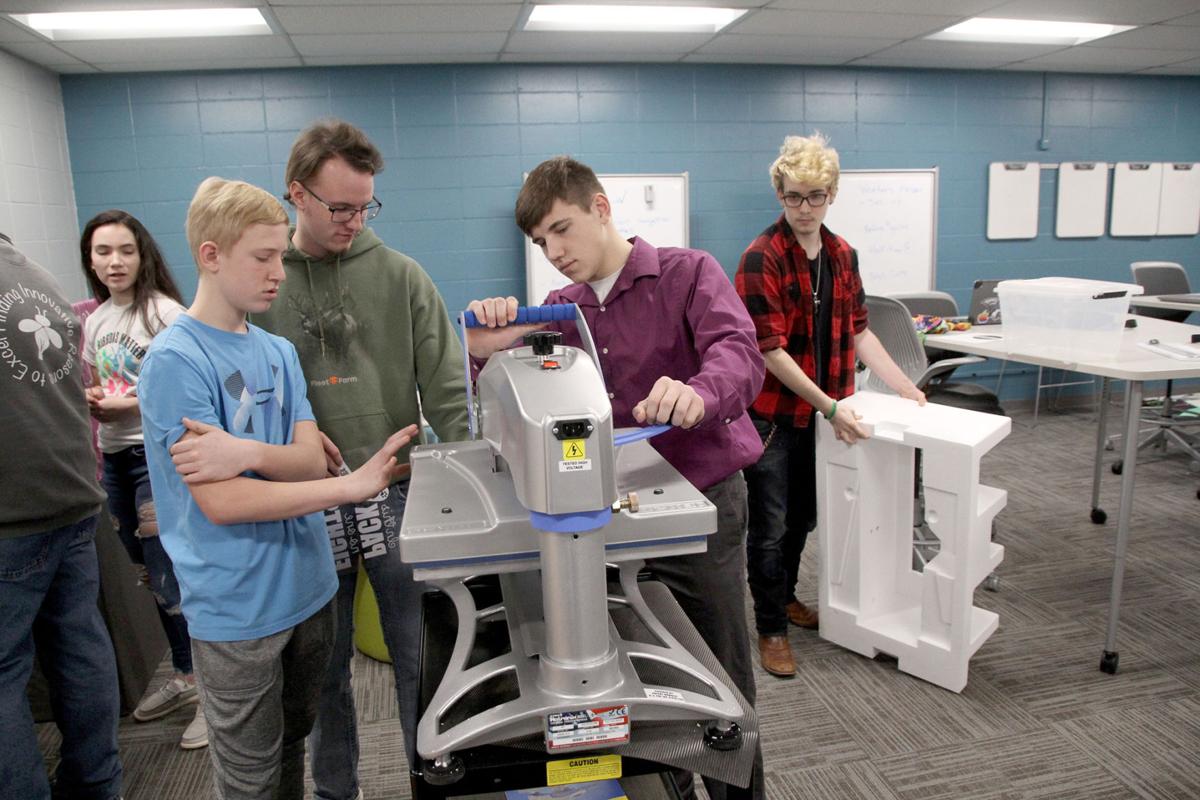 Emily Albertsen (left) and Kaui Jenkins present at STEM Day at the Capitol.

Trinity Miller uses a vinyl cutter at STEM Day at the Capitol.

IKM-Manning students recently visited the state capitol to show their stuff to the governor, state legislators and educators.

Students in IKM-Manning’s SPARK and FIRE classes — both supported by funds raised at the annual IKM-Manning Gala — attended STEM Day at the Capitol, held Feb. 19. They joined students from a dozen other schools throughout the state.

Students in the SPARK class, an exploratory class for seventh and eighth graders, set up a display table and showed attendees how to place a vinyl sticker onto a souvenir cup, in addition to showcasing other projects they have completed.

With the class, students run their own business, learning the ins and outs of entrepreneurship and creating and selling their own products.

“It makes me feel like I’m in a job,” student Trinity Miller said.

Student Kaui Jenkins added, “In Spark we learn how to run a business and how all the people work as a team to make the project work.”

Several grants and awards, including those awarded with Gala funds, have helped purchase equipment and materials for the class; one of the most-used items purchased with Gala funds has been vinyl cutters. The class also has purchased an online subscription that helps students create marketing materials and design posters for customers.

“They are using valuable authentic skills every day as they learn to work as a team, collaborate and solve problems as if they were on the job,” SPARK teacher Jenny Linde said.

As the class continues to develop its business, it plans to begin offerings its products soon to the community, she said.

“It makes me proud that we have such overwhelming support from our community,” Linde said. “We are doing some great things in our school, and people look up to our school for being a leader and innovator in many areas.”

High school students in IKM-Manning’s FIRE (Finding Innovative Reasons to Excel) class also attended the STEM Day at the Capitol event. They took along a heat press and helped 55 people make T-shirts, including one for Gov. Kim Reynolds that said “I saw FIRE at the Capitol.” Reynolds had been scheduled to attend the annual IKM-Manning Gala, which raises funds for science, technology, engineering and math and 21st-century learning initiatives at IKM-Manning. The event was postponed because of statewide guidelines prohibiting large gatherings to curtail the spread of the new coronavirus.

The FIRE class also seeks to create a store where students sell items they have designed and made. Gala funds have helped purchased a vinyl cutter, laminating machine and laptops for the class.

“Gala funds have allowed our school to participate in a multitude of activities that likely wouldn’t have been funded without the support of the GALA,” FIRE teachers Luann Langel and Kevin Lahndorf said. “The FIRE program benefits from the Gala by having a resource to support innovative ideas.”

The teachers noted that students who excel in the FIRE class often begin to succeed more in their other classes as well.

“By taking FIRE class, it has improved many of my skills such as communication, responsibility and organization,” sophomore Taylor Ferneding said. “I designed and worked on the Shooting Stars Rec league shirts. It was the biggest order our store has had. I had to communicate with the manager while designing T-shirts and putting together prices. I learned a lot through that process, and now I look forward to organizing the big orders our class gets.”

The efforts of both classes are indicative of many of IKM-Manning’s successful STEM programs, instructors said.

“IKM-Manning is a well-known name in putting our STEM money from the state into action,” Linde said. “We are often invited to events like STEM Day at the Capitol to showcase the great things our students are doing.”