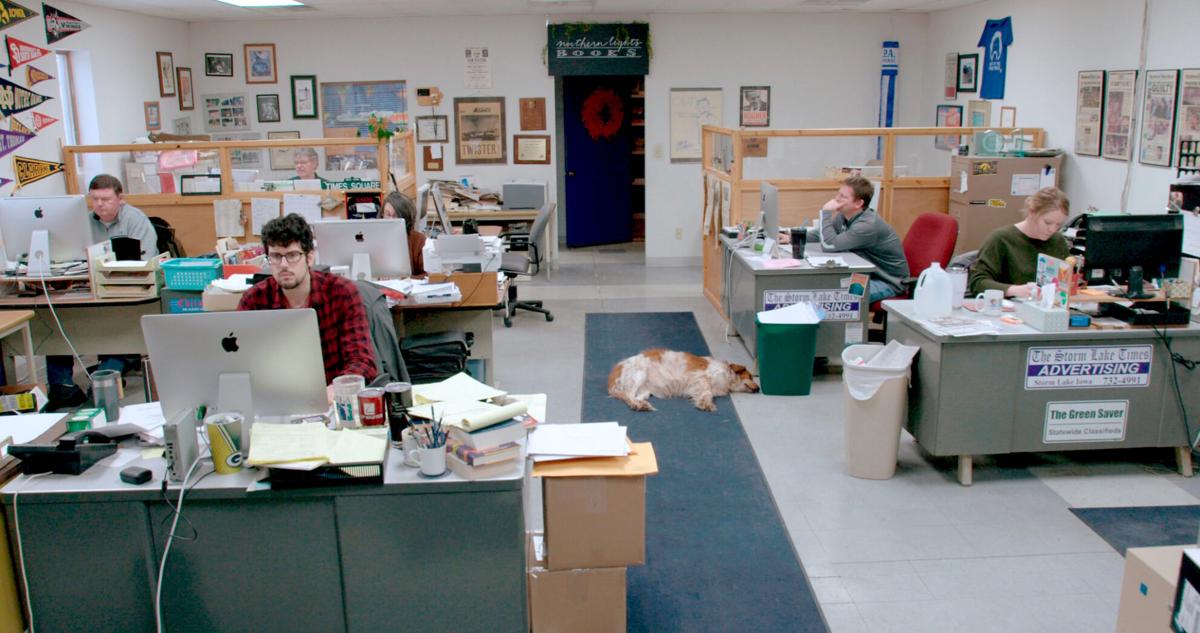 The newsroom of The Storm Lake Times, where staffers learned in 2017 that the newspaper had won a Pulitzer Prize. 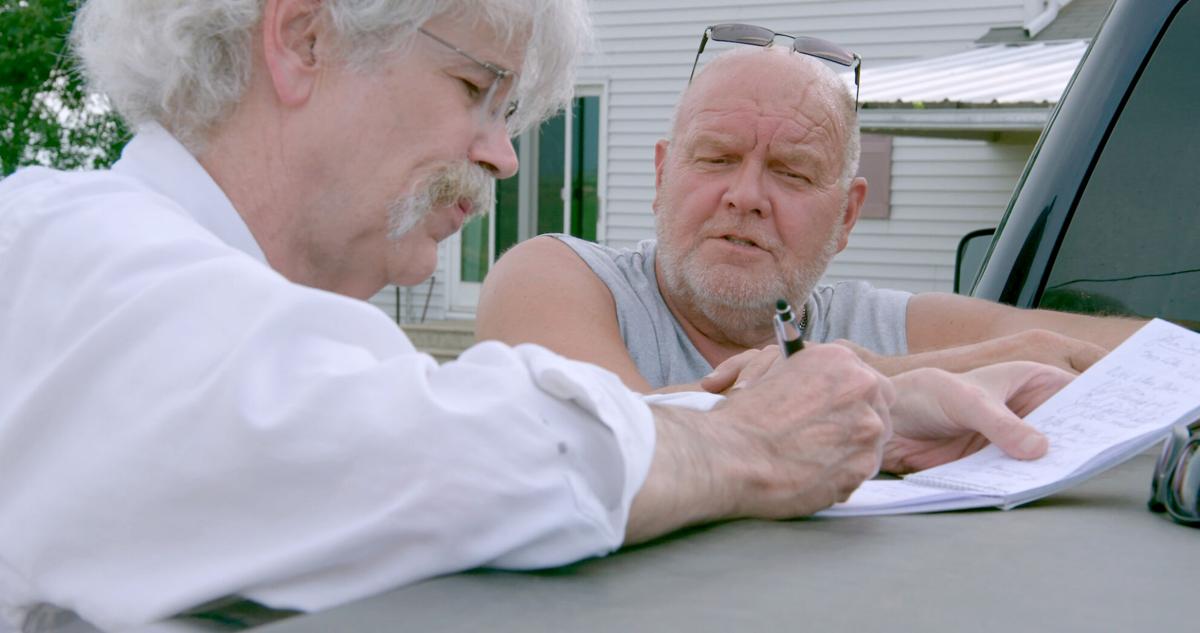 Art Cullen (left) won a Pulitzer Prize in 2017 for editorial writing for The Storm Lake Times, which was launched in 1990 by his brother John to compete with an existing newspaper in that town. 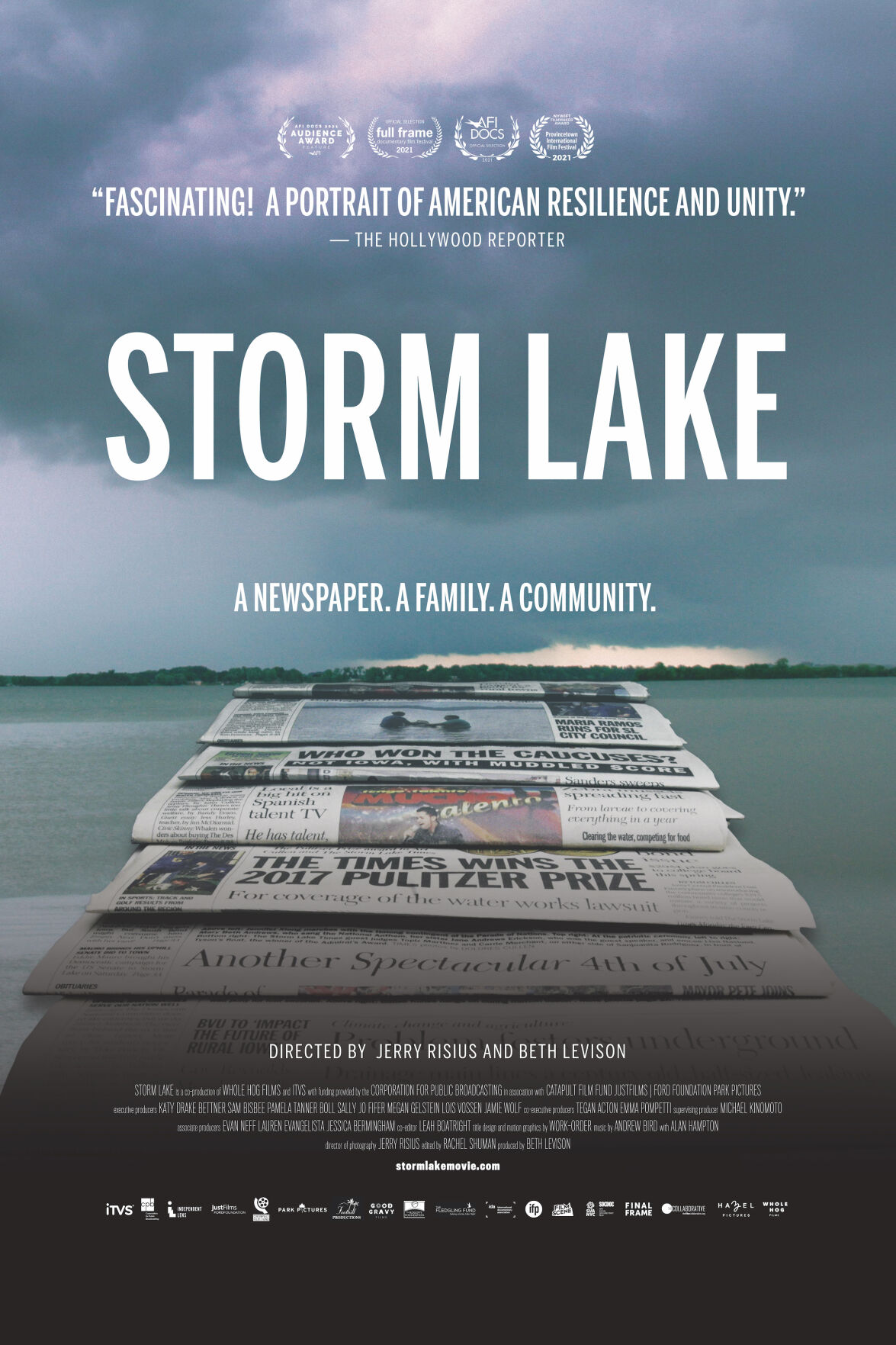 The newsroom of The Storm Lake Times, where staffers learned in 2017 that the newspaper had won a Pulitzer Prize.

Art Cullen (left) won a Pulitzer Prize in 2017 for editorial writing for The Storm Lake Times, which was launched in 1990 by his brother John to compete with an existing newspaper in that town.

In the documentary feature “Storm Lake,” Pulitzer prize-winning journalist Art Cullen and his family fight to unite and inform their rural Iowan farming community through their biweekly newspaper, The Storm Lake Times — even as the paper hangs on by a thread.

Twice a week, they work as civic watchdogs to protect their hometown and the legacy of credible journalism, at large — come hell or pandemic.

The film, featuring an original score by Andrew Bird with Alan Hampton, is going to be featured in a nationwide theatrical tour, starting Thursday in Storm Lake.

Following are planned theatrical runs and engagements, with more dates and locations to be announced:

In mid-November, New York and Los Angeles premieres are planned, as well as a national television and streaming debut on PBS Independent Lens on Nov. 15.

— “Storm Lake provides a penetrating, insider look at the struggle of a family-owned-and-operated newspaper trying to remain relevant, survive, and thrive in the age of journalism-by-the-algorithms, Trumpism, and COVID-19. … Over the course of…Storm Lake, a momentous media struggle sweeping small town USA is played out.”— Ed Rampell, The Progressive

— “By the end, we have come not only to love the real-life characters at The Storm Lake Times, but everyone we meet, including Lorena Lopez of the Spanish-language paper, La Prensa, who wants to combine resources with Cullen so they can double their reach in two languages. So many people appear to care about news that matters, and that’s a heartening sight. Perhaps the apocalypse is not quite nigh. Read on!” — Christopher Llewellyn Reed, Hammer to Nail

— “Here’s a paean to journalism, old style. It’s also a near obituary for shoe leather journalism as it was practiced, especially in America’s small towns. It is also a chronicle of a close-knit family, the Cullens, who don’t want their decades-long work to die along with America’s small newspapers. Told in the no-nonsense tones of the laconic Midwest, Storm Lake mixes a bit of Lake Woebegone with ‘All the President’s Men.’” — Mike Canning, Hill Rag