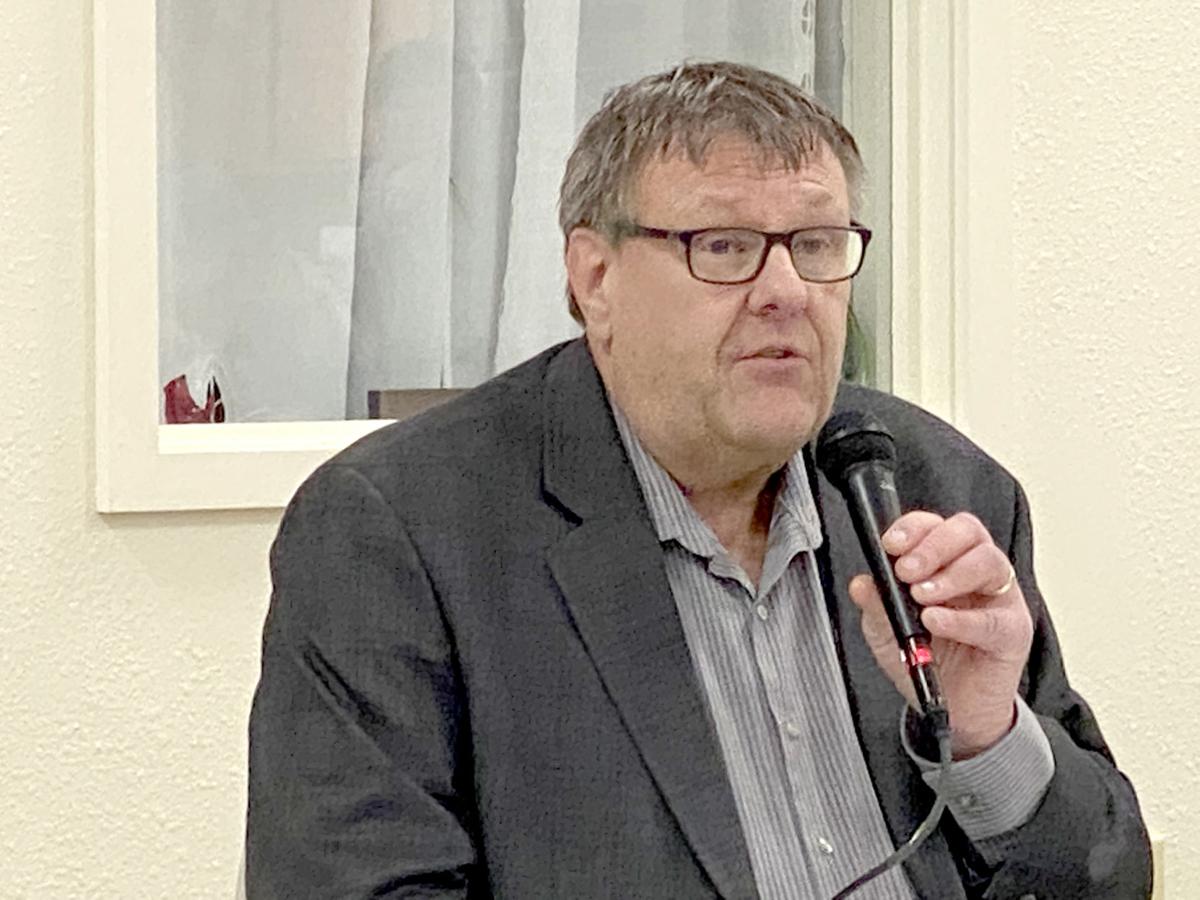 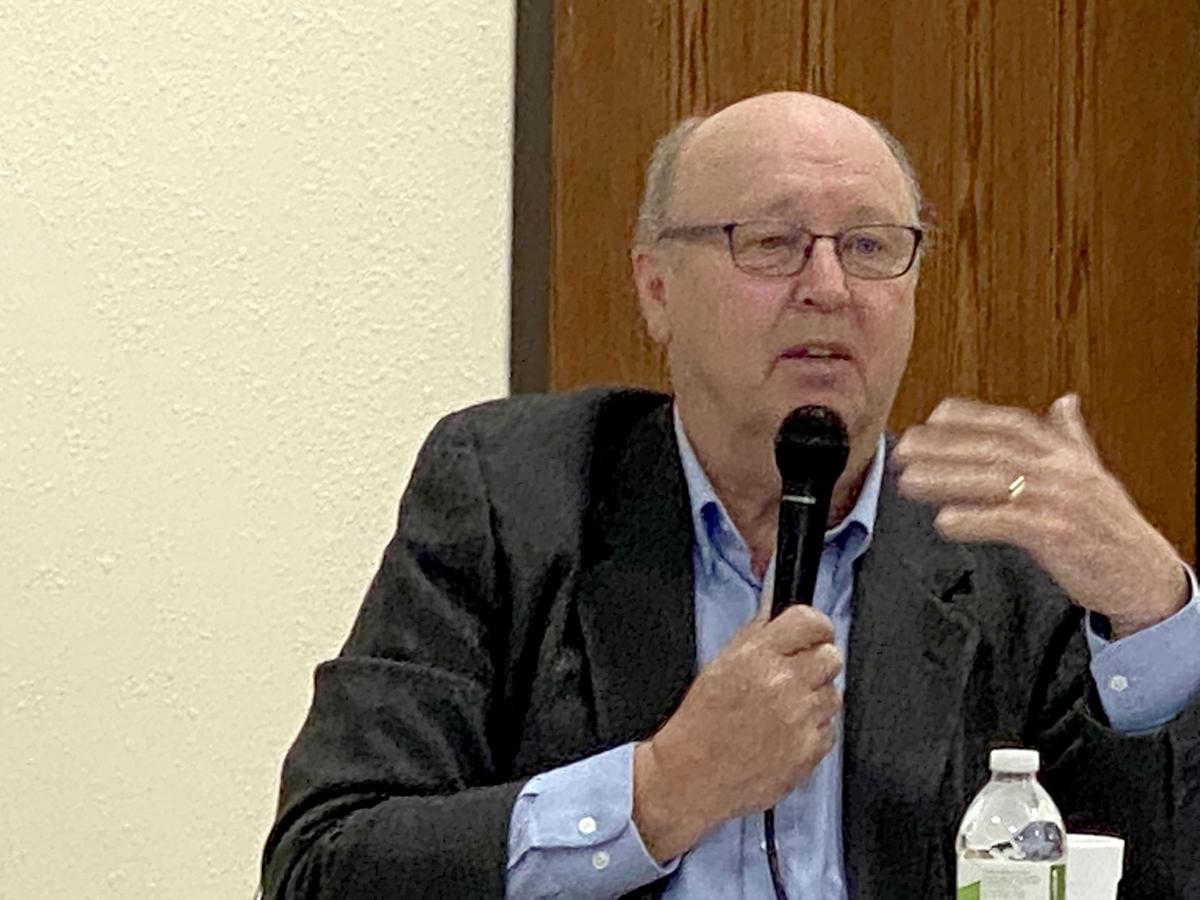 Sen. Mark Segebart, R-Glidden, said during a legislative forum Jan. 25 that he supports a proposal to exempt diapers and feminine hygiene products from sales taxes.

Sen. Mark Segebart, R-Glidden, said during a legislative forum Jan. 25 that he supports a proposal to exempt diapers and feminine hygiene products from sales taxes.

State Rep. Brian Best, a Glidden Republican who represents all of Carroll and Audubon counties and the eastern part of Crawford County, is torn on the governor’s proposal for a 1-cent state sales tax increase.

He sees many angles, and says he can justify a vote either way. But 8 cents on the dollar in state taxes, even when accompanied by plans for income-tax cuts?

“It still gives me a little sticker shock,” Best said.

So Best is looking for his constituents’ input.

“I’d be interesting in learning what everybody else in this room thinks,” Best said at the Carroll Chamber of Commerce’s Legislative Forum Saturday morning.

The forum, the first of four the Chamber has planned for the year, drew about 50 people to New Hope Village in Carroll.

Iowa GOP Gov. Kim Reynolds has proposed increasing the state’s sales tax to 8 percent. The first 5/8ths of the estimated $270 million the extra cent would raise would go toward water quality, recreation and natural-resources projects. Reynolds also wants to use some of the tax to cover what would be a 10 percent income tax cut for the majority of Iowans.

Best said he is concerned about how the sales tax increase will affect Iowa’s competitiveness with neighboring states. Missouri’s state sales tax, for example, is 4.25 percent, Best noted.

On other issues, both Best and Segebart, long-time and firm anti-abortion advocates, support a call from the governor and other Republicans for a constitutional amendment stating that Iowa Constitution does not protect the right to an abortion.

Segebart said he sees the abortion issue as a major priority for Republicans and stressed that Iowans will be able to weigh in on the amendment.

“The people will have the final say about whether that’s put into the Constitution,” Segebart said.

Best said he expects Democrats and Republicans to find common ground on restoring felons’ voting rights once they are released from prison. Iowa is the only state that requires paroled felons to petition the governor individually for those rights; Reynolds supports giving former prisoners access to the ballot box after they’ve served their time.

Best isn’t sure that should be extended to all felons.

“There are probably some people who should never vote,” Best said.

The two legislators also said they support a proposal to exempt diapers and feminine hygiene products from sales taxes.

“I think that would be a good idea,” Segebart said.

Neither one sees much potential action on legislation providing vouchers for families who send their kids to private schools for K-12 education.

“It’s a hard push to get it done,” Segebart said.

Best told Rhonda Mart, executive director of New Hope, that he supports a plan to increase pay for primary care workers at facilities for people with disabilities like New Hope Village.

“We’ve got to keep the wages up for direct-care staff,” Best said.

Best is seeking re-election in House District 12 this November. Segebart is not running for re-election in Iowa Senate District 6, which includes all of Audubon, Buena Vista, Carroll and Sac counties, and part of Crawford County.