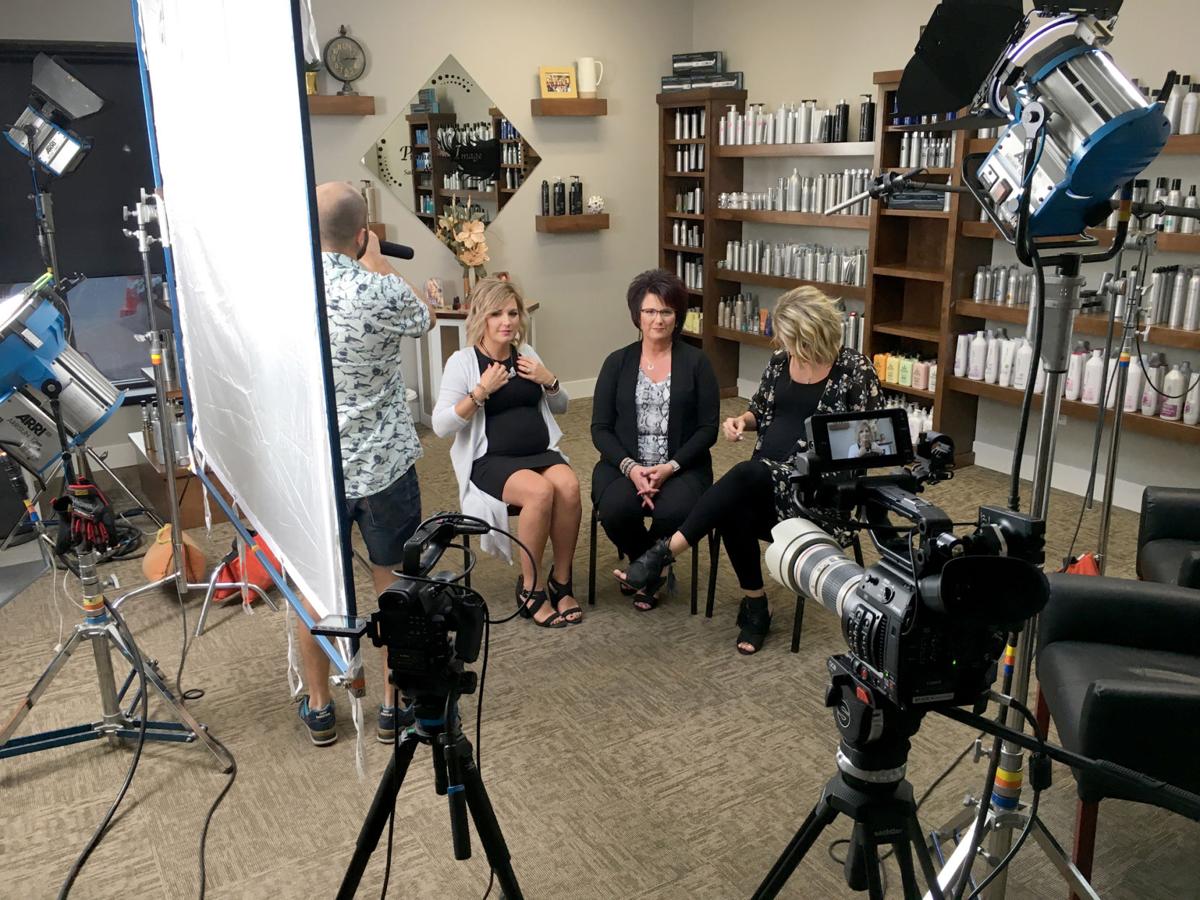 The owners of Promesing Image Salon & Spa, (from left) Brittany Schultes, Maria Promes and Kenzie Liechti, prepare for an interview in their Carroll salon as part of their inclusion in a Kenra Professional commercial campaign. 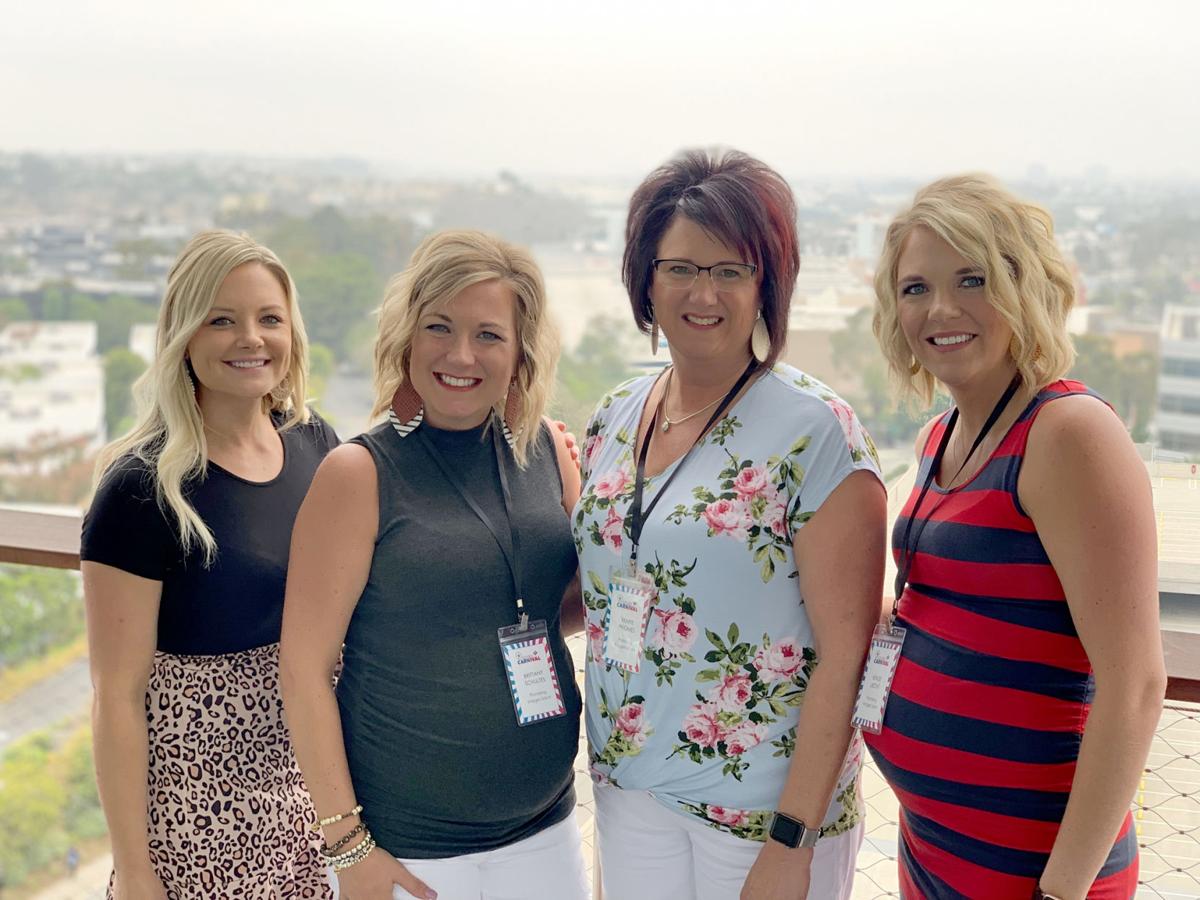 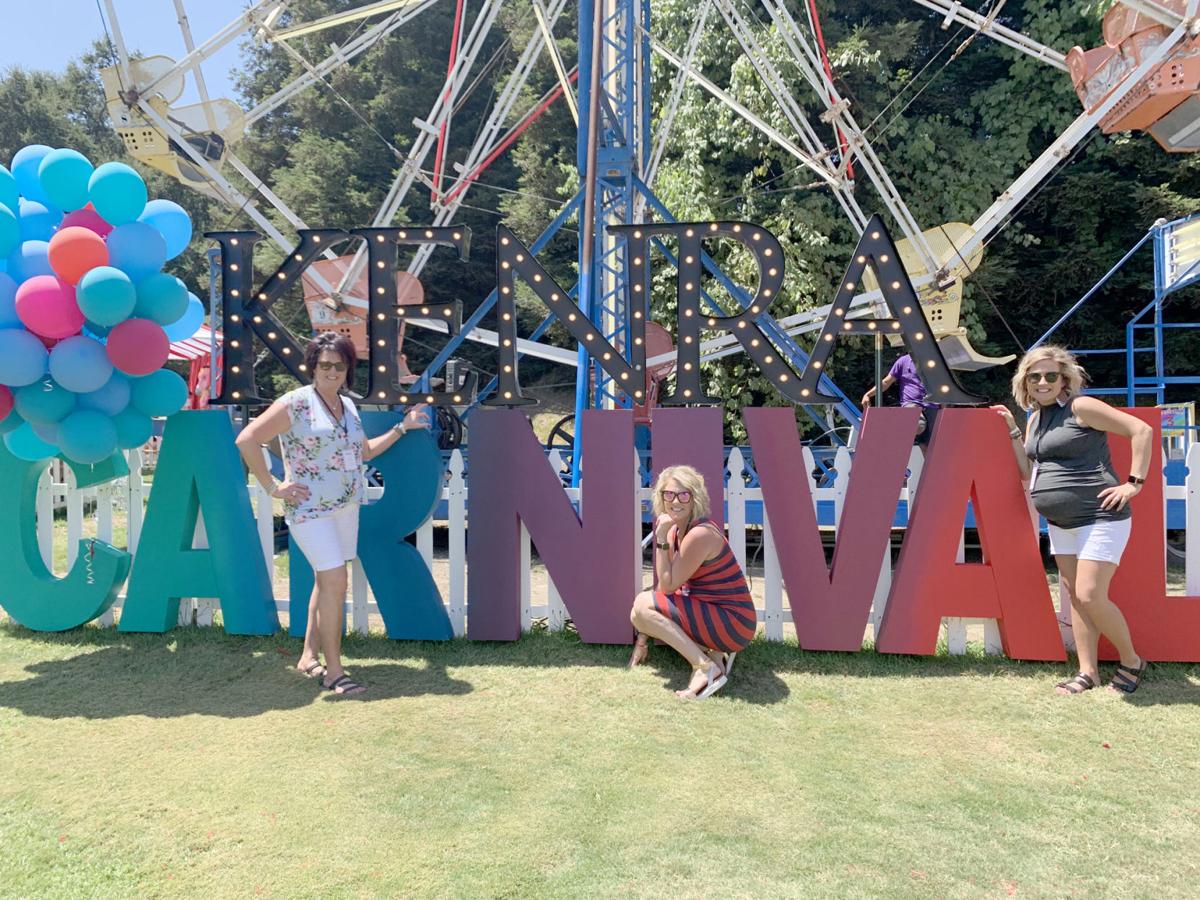 The owners of Promesing Image Salon & Spa, (from left) Maria Promes, Kenzie Liechti and Brittany Schultes, enjoy a "Kenra Carnival" offered to them as part of the salon's selection as a featured business in a new Kenra commercial campaign. 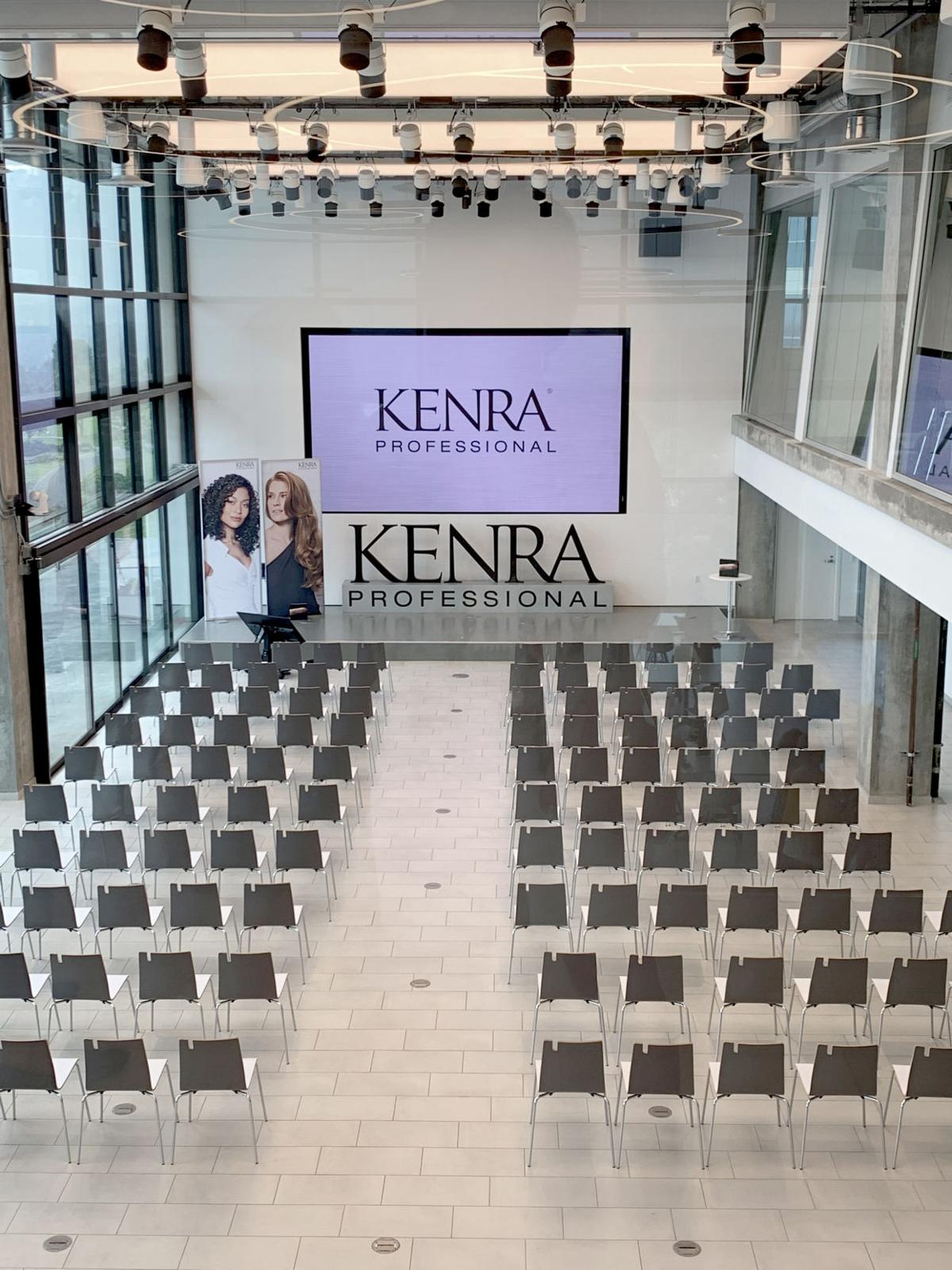 The owners of Promesing Image Salon & Spa, (from left) Brittany Schultes, Maria Promes and Kenzie Liechti, prepare for an interview in their Carroll salon as part of their inclusion in a Kenra Professional commercial campaign.

The owners of Promesing Image Salon & Spa, (from left) Maria Promes, Kenzie Liechti and Brittany Schultes, enjoy a "Kenra Carnival" offered to them as part of the salon's selection as a featured business in a new Kenra commercial campaign.

That’s a normal day at Promesing, but on this particular one, a camera crew is capturing every move.

The Carroll business recently was one of three selected to be featured in a nationwide mini-documentary ad campaign by hair-care products company Kenra Professional.

The campaign was launched to mark Kenra’s 90th anniversary, and Promesing, which uses and sells Kenra products and recently doubled in size, was selected because of its uniqueness as a growing, family-run, small-town salon.

Maria Promes, Liechti and Schultes currently co-own the salon, all working as stylists and overseeing the business. Lauren Promes joined a year ago as a stylist as well, while Taylor Promes, who currently is studying finance and accounting at the University of Northern Iowa, oversees the company’s social media pages. Carey Promes’ family describes him as a jack-of-all-trades; he’s done a lot of construction work on the salon, as well as repairs, during its inception and expansion.

Being selected as one of the featured businesses involved two components: a trip to Los Angeles to tour the Kenra facility and participate in a carnival-themed day, and participation in a Kenra commercial featuring stylists who use the company’s products, which was filmed at Promesing. The almost-7-minute-long, mini-documentary-style video that tells the Carroll salon’s story includes shots of the family members in their various roles as well as interviews with them about their work. It was released last week and can be viewed on the Promesing Image Salon & Spa Facebook page or the Kenra Professional YouTube page.

“It’s been very humbling, because you forget that, in a sense, we are unique because we are from a small town, we’re a family who gets along great and has made something, you know?” Liechti said in an interview with the Times Herald. “So us being chosen out of the whole country, that’s pretty cool.”

Maria Promes, as well as Liechti, Schultes and Lauren Promes, all do hair and nails. In addition to that, Maria handles a lot of the business tasks; Liechti does airburshing, makeup, facials and extensions; Schultes does spray tans and ear piercings; and Lauren does body waxing. In addition to running the salon’s social-media pages, sometimes remotely from school, Taylor also works as a receptionist when she’s there.

“When I was a kid, I would paint my mom’s nails, run my fingers through her hair — I just loved everything about the industry,” Lauren Promes said in the commercial, adding that she did her friends’ hair and nails for prom in high school. “Making someone feel beautiful about themselves — that’s what I love about it. The reaction afterwards, that’s my favorite part.”

TSA bans employee use of TikTok over security concerns

Bloomberg reveals how he really feels about stop-and-frisk

Despite the youngest sister’s decision to study something else, Taylor’s sisters predict she’ll still have some sort of role in the salon in the future.

“You don’t really get away from it, you know?” Liechti told the Times Herald.

In its description of its mini-documentary series, Kenra says, “3 Stylists, 3 Stories, 3 Cities — Follow along as we celebrate stylists from three different walks of life who share the same passion and love for hair.”

In the video featuring Promesing Image, Schultes and Liechti discuss having their mom do their hair when they were young and hopping on their bikes as kids to visit the salon during the summer.

Promes, who has been in the industry for more than three decades, said that she’d initially encouraged her daughters to enter different fields. Liechti considered psychology and Schultes started school for nursing, but they both were pulled back to the salon.

“I knew that’s what was right for me, and I love following in the footsteps of my mom and sister,” Schultes said in the video.

Promes said that although some might assume the family members are running into each other constantly at the salon, some days are so busy they barely have the chance to speak to each other.

“Sometimes, I find out what the grandkids are doing by just listening to them talk to their clients,” she joked.

Schultes and Liechti both have young children.

“I don’t ever see the salon leaving our family,” Liechti said. “This is an industry where you have to keep working till you’re checked out. When we have so many loyal clients and everything, it would be great if one of (our kids) did decide (to take over the salon). It’d be really cool to see that.”