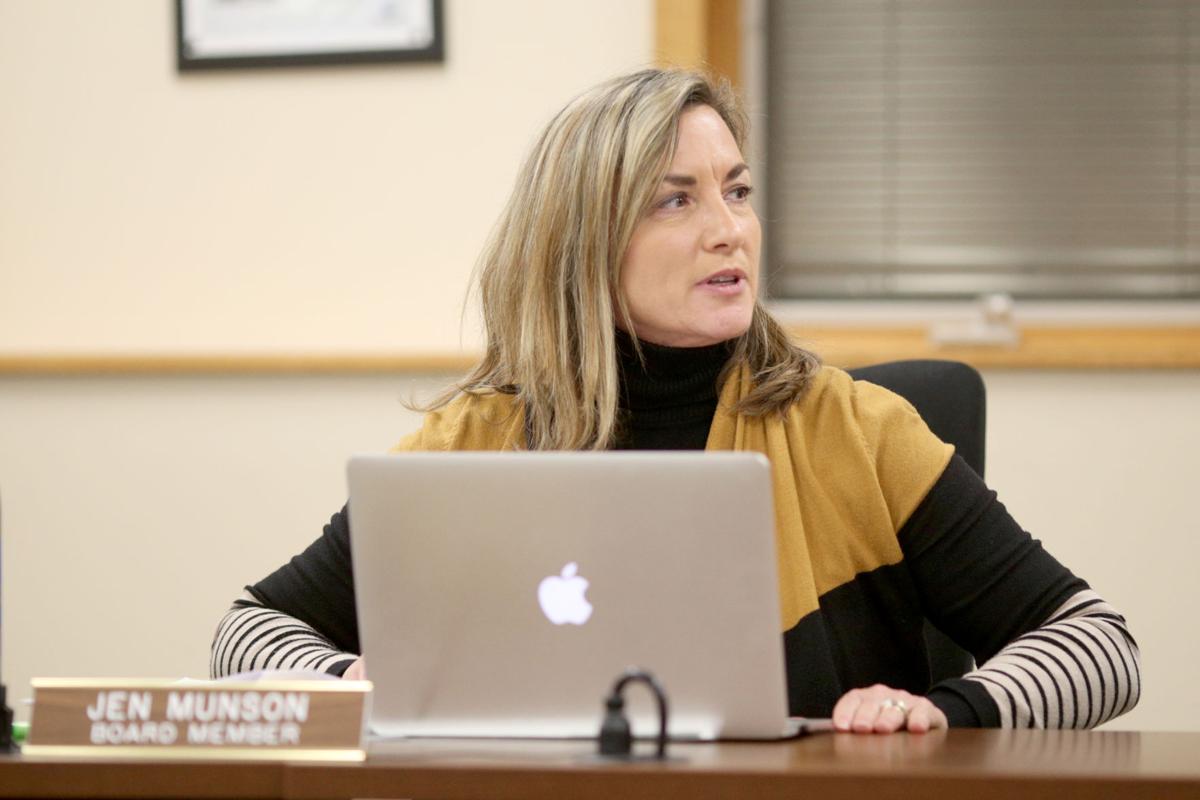 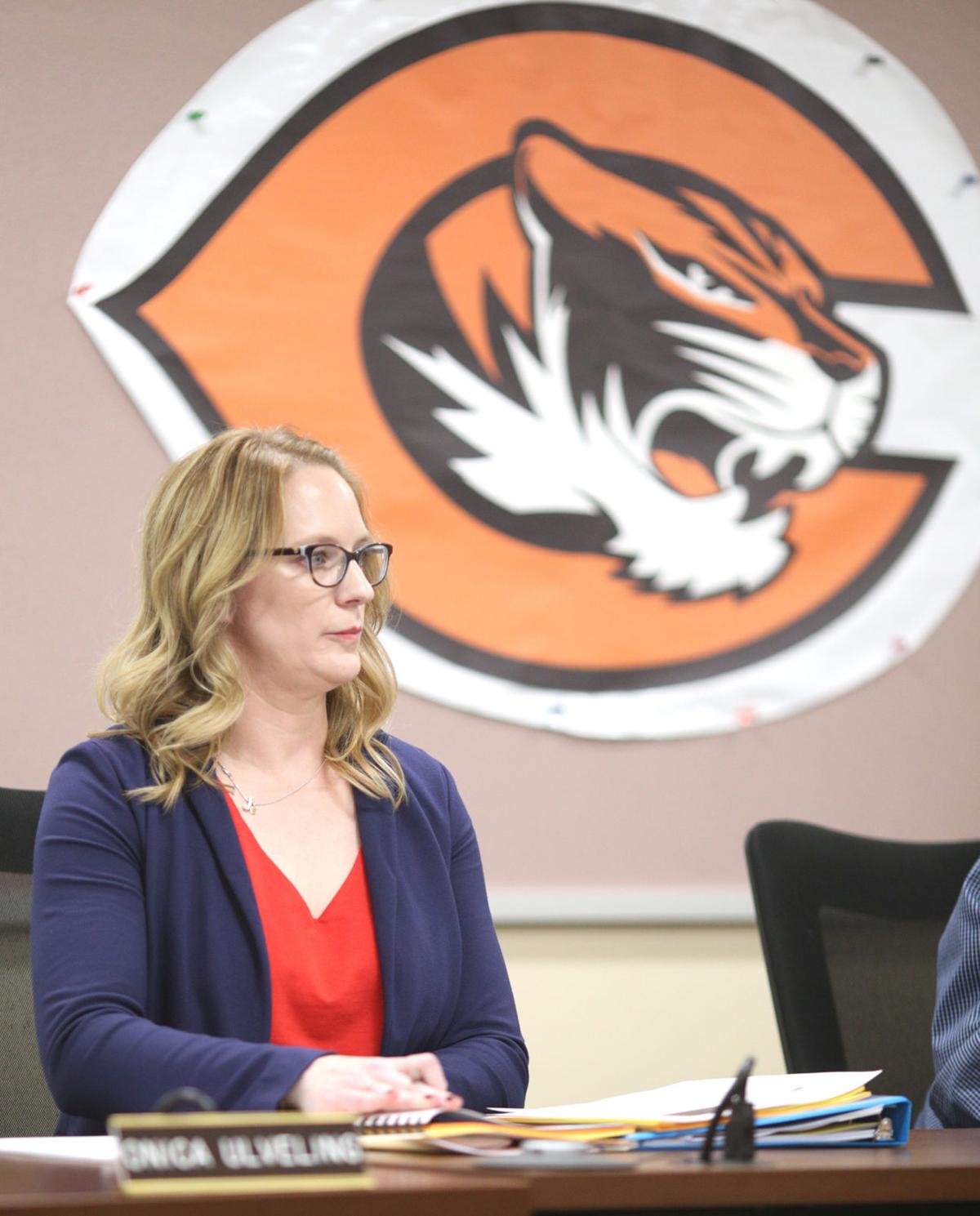 Onica Ulveling, the top recipient of votes in the most recent Carroll Community school board election, takes part in her first meeting Monday. 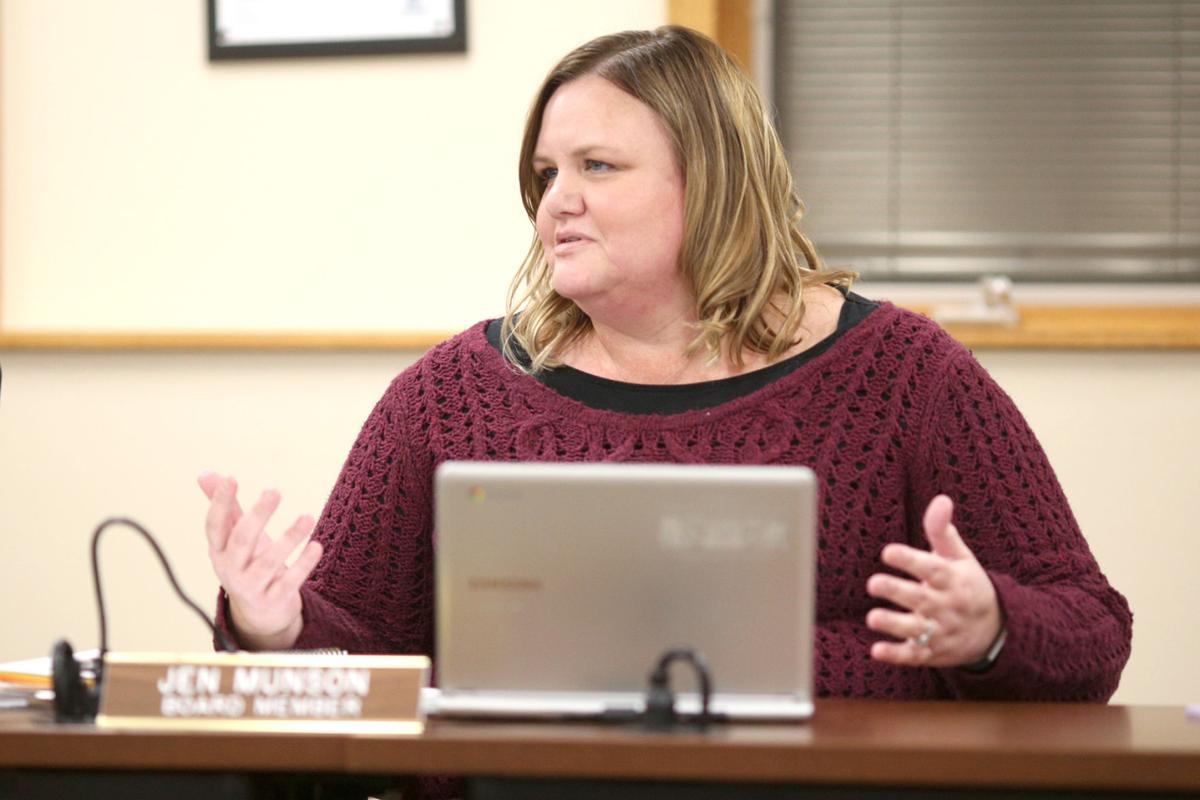 Jen Munson, former school board president, explains Monday that she wouldn't seek to remain in that role for the Carroll Community schools. 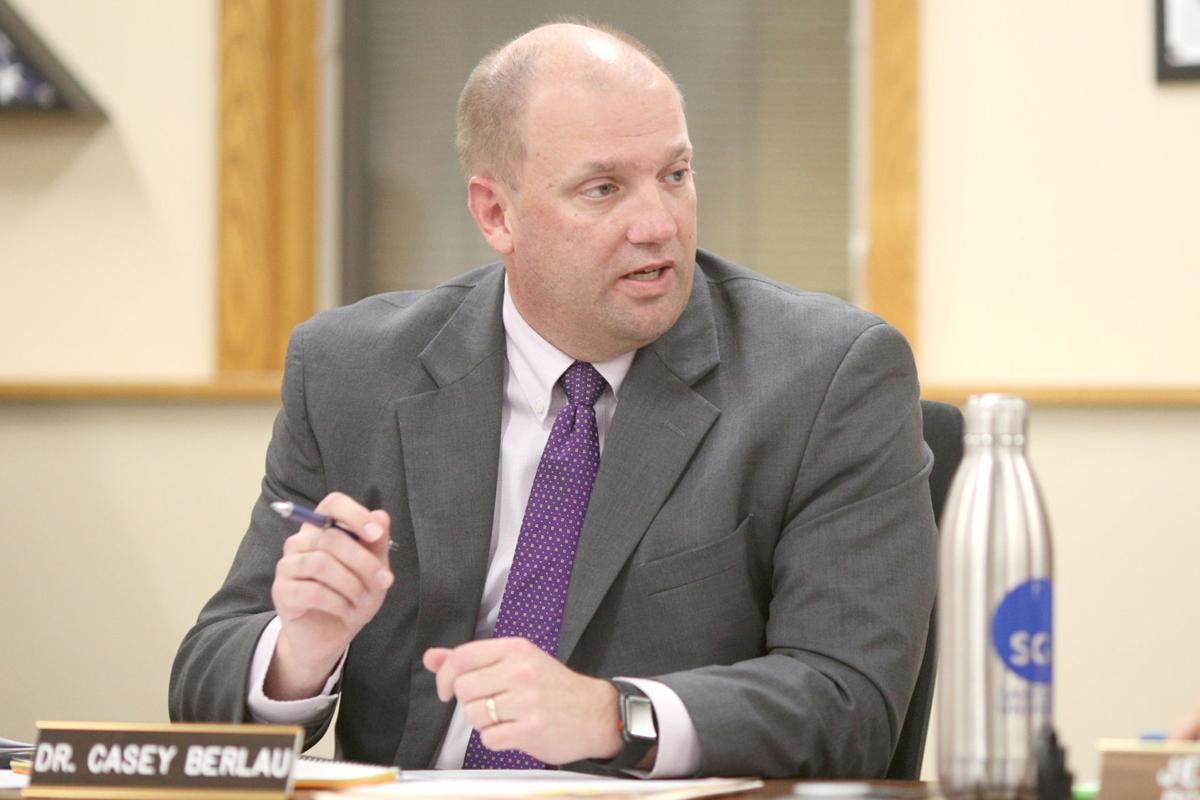 Onica Ulveling, the top recipient of votes in the most recent Carroll Community school board election, takes part in her first meeting Monday.

Jen Munson, former school board president, explains Monday that she wouldn't seek to remain in that role for the Carroll Community schools.

In order to reduce teacher-salary costs, the Carroll Community School Board will offer up to $20,000 each to about six longtime employees seeking early retirement by the start of next school year.

At the Carroll Community School Board meeting Monday night, board members voted to approve a two-year plan to offer voluntary early retirement to Carroll Community School staff members. School leaders will pick employees based on seniority and are seeking to approve six, although they can choose to offer the payout to up to eight longtime employees.

This plan provides school faculty members who are under the age of 65 and have worked in the district for 15 consecutive years with the option of retiring and taking a severance payout of half of their salary, up to $20,000.

The school board last offered the incentive in 2017, when 10 school employees applied.

Jen Munson, a Carroll Community School Board member, said voluntary retirement is a good way for the school district to manage its general fund, which is used to pay for teacher salaries, by hiring young teachers for lower salaries.

“The hope is that we are able to replace our teachers or administrators for less money because they have been here longer, and it gives them the money to be able to purchase insurance until they are able to receive Medicare,” she said.

What’s new about this retirement plan is it will be offered not only beginning Jan. 2020, but again the following school year, which gives teachers and other faculty more time to decide if they want to take a retirement payout, Carroll Schools Superintendent Casey Berlau said.

“We are in the position with resources where we can offer that,” he said. “We feel comfortable with that, and secondly, it does give staff the ability to look a little bit further out into the future in order to make the decision, and the third thing is we have teachers and support staff, and we have staff in the business office, and their jobs and their contractors, whether 12 months or 180-some days — (for) some people, it does provide them a little more flexibility of when they could resign.”

Longtime employees must submit their applications for the next round of early retirements to the district office, located at Adams Elementary School, by Jan. 10, 2020.

In other news, recently-elected school board members Onica Ulveling and Cindy Johnson, who defeated incumbents Jon Sampson and Brad Jorgensen after the Nov. 5 elections, were instated to the board Monday night. Ulveling’s 1,498 votes nearly doubled Sampson’s and Jorgensen’s, who had a combined total of 1,555 votes.

Awkwafina is the new voice of the NYC subway

Five candidates — including appointed member Karen Friedlein — ran for three spots on the board.

“When Duane (Horsley) and I joined the board six years ago, we wanted to purposely have a new president every couple of years, so that this didn’t become complacent and stagnant — just a different set of eyes,” she said. “It’s time for me to step down and give it to one of you guys that are very well qualified to do that.”

In other news, school leaders approved a $16,766 bid from Carroll Cleaning Supply to purchase two new auto floor scrubbers, which will be used at Adams Elementary School and Carroll High School to clean the hallways and lunchroom floors.

Berlau said the district has not replaced its scrubbers for about 20 years.

Two Carroll Community school board incumbents who sought re-election on Tuesday were defeated by board newcomers, one of whom is the parent of…