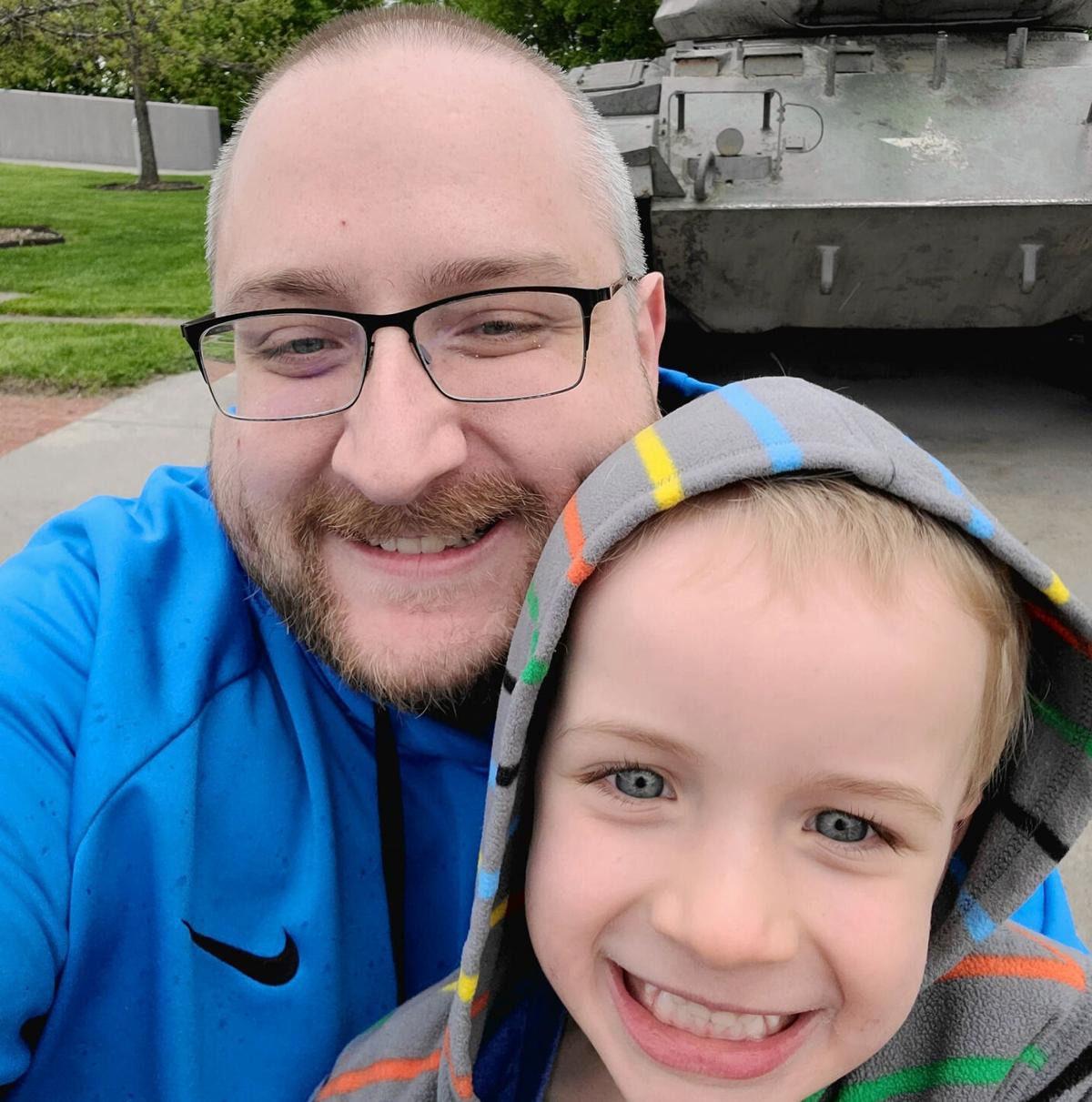 Brian Finley, who launched Iowa Vaccine Alerts, is pictured with his son Owen. The Twitter account has assisted thousands of Iowas in getting access to COVID-19 vaccines. 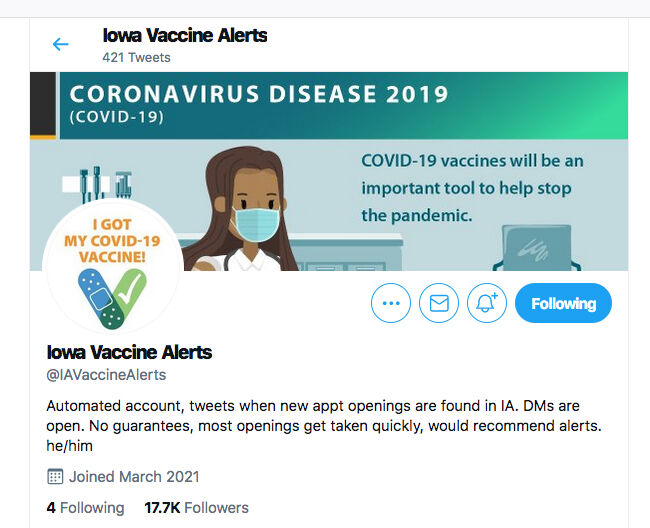 The mother of a 7-year-old Iowan said she’s used the recently launched and increasingly popular public-minded Twitter account Iowa Vaccine Alerts as a real-life and contemporary example of what the iconic children’s television host Mr. Rogers used to advise kids in need.

“When I was a boy and I would see scary things in the news, my mother would say to me, ‘Look for the helpers. You will always find people who are helping,’ ” Rogers told his audience, perhaps most famously in the wake of 9/11.

The inspiration of the Fred Rogers observation is very much in his mind.

“That kind of hit me in the feels,” Finley said of the Mr. Rogers line in a phone interview from Iowa City with the Carroll Times Herald this morning.

Finley, 35, working in a volunteer capacity, started Iowa Vaccine Alerts on Twitter last Wednesday. The account scoops information on available appointments for vaccines across the state at Hy-Vee, CVS and Walgreens and spins out tweets on available slots. He spends four to five hours a day managing it.

In less than a week, Iowa Vaccine Alerts has collected nearly 18,000 Twitter followers. In the last few days, Finley, who makes no money from the process, has launched similar Twitter presences in Illinois and Minnesota, and may add more states.

His Twitter feeds are flooded with messages of gratitude and have spawned more volunteerism as younger, or more tech-savvy visitors are helping older people use the system to get vaccine appointments.

“I’ve had tons of people find slots for themselves,” Finley said.

In the early days of the pandemic, Finley, whose wife, Carolyn, is a nurse with the University of Iowa’s Stead Family Children’s Hospital, used a 3-D printer to help craft shields for front-line workers.

With the changing criteria from the state, he became eligible himself last week for a vaccine. In searching around for a location to get a shot, he saw firsthand the “Hunger Games” environment in which Iowans are seeking and landing vaccines. He wanted to democratize the information and create an account where people were helping other people find them.

“You don’t have to be in an old-folks’ home to have trouble with Twitter and Facebook,” Finley said.

Iowa Vaccine Alerts is not without criticism. The account allows people in Des Moines and Cedar Rapids to find openings in small towns and drive for hours to get shots. This raises concerns that some remote rural regions may be losing shots to urban residents of Iowa who are able to navigate the technology. Finley said he struggles with that.

One rural western Iowa doctor contacted Finley and said computer-smart people are getting appointments — and driving some distance to his town. That makes it harder for the physician to send people to local places for shots, which had, prior to Finley’s Twitter account, not been challenging, Finley said of his conversation with the doctor.

But in the end, the avalanche of positive stories about frustrated and confused Iowans getting help to find shots has Finley persuaded that his original selfless “helper” motivation is correct. He’s even hearing now from out-of-state residents who have assisted their older Iowa relatives and friends in finding vaccines.

And then there is the fact that in some places, Sioux Center, for example, many appointment slots remain open with no takers, Finley said. The account merely identifies them for use — and Finley is imploring followers and commenters on his Twitter account to volunteer their time to help older and less tech-literate Iowans find shots, reasoning that at this point, with the criteria so broad (overweight people and any current smokers are eligible for shots, according to the Iowa Department of Public Health) it makes sense to get as people vaccinated as quickly as possible.

“That’s kind of where I landed,” Finley said.

What’s more, Finley is seeking to improve what he believes is a flawed appointment scheduling system statewide.

“In perfect world, it would be a much less cut-throat situation to get a vaccine,” Finley said.

“I’d love to delete it as soon as possible,” Finley said.

Before that happens, he may add more than just Iowa, Minnesota and Illinois to his roster of Twitter accounts alerting people to vaccine appointments.

“I’m trying to reach out to my friends in other places,” Finley said.