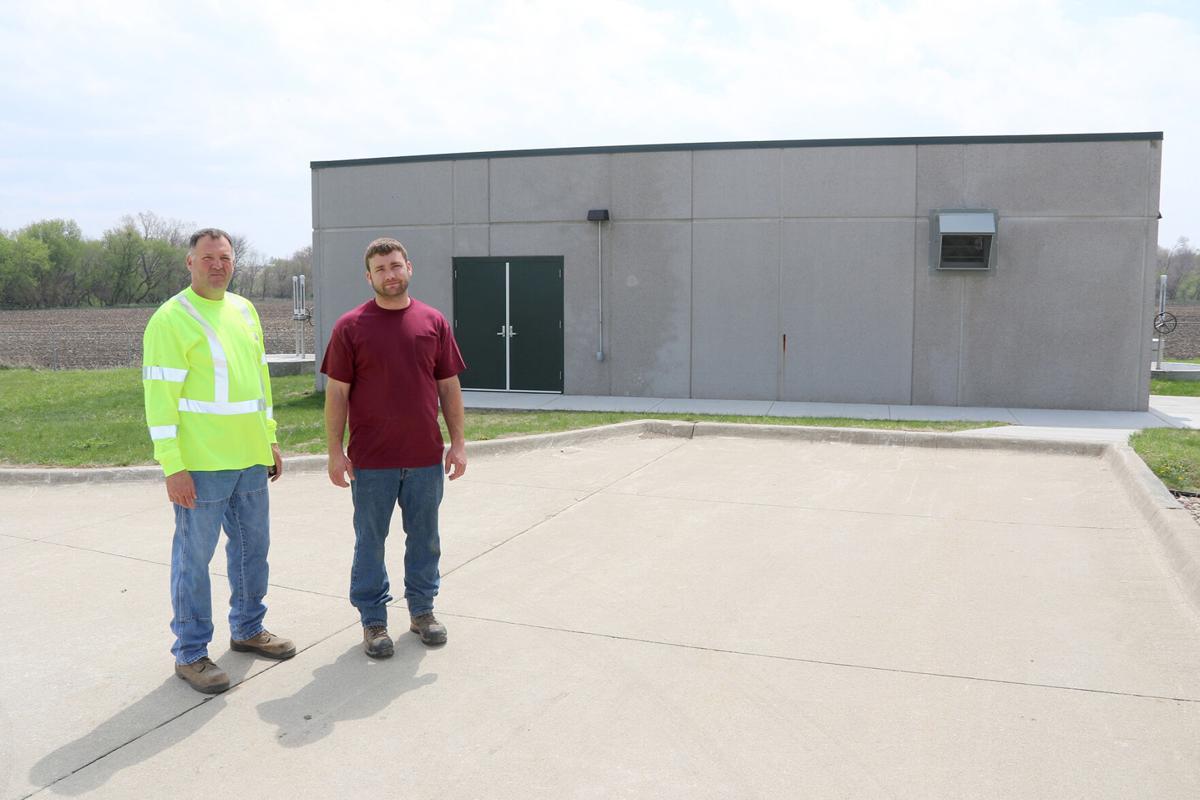 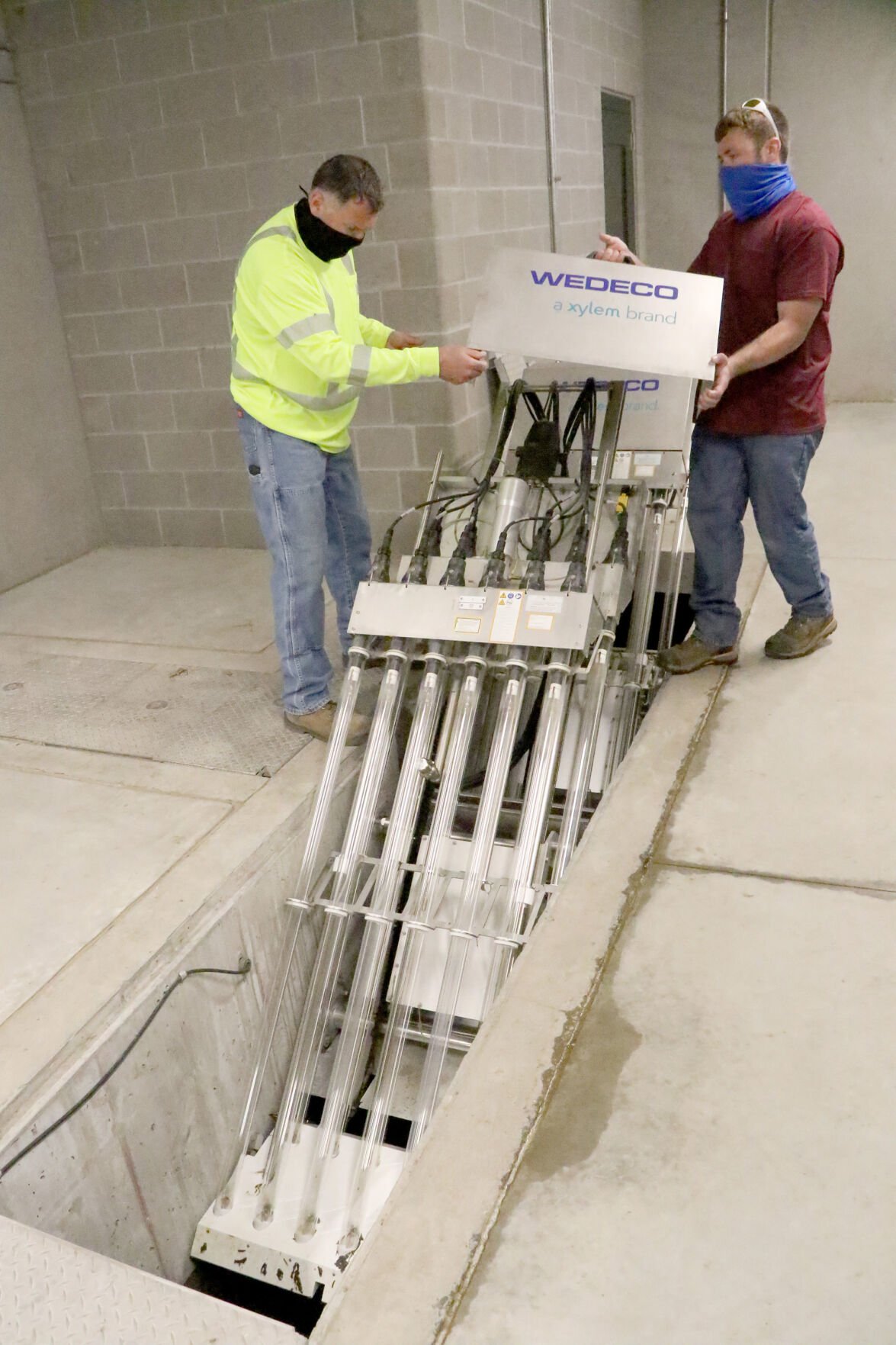 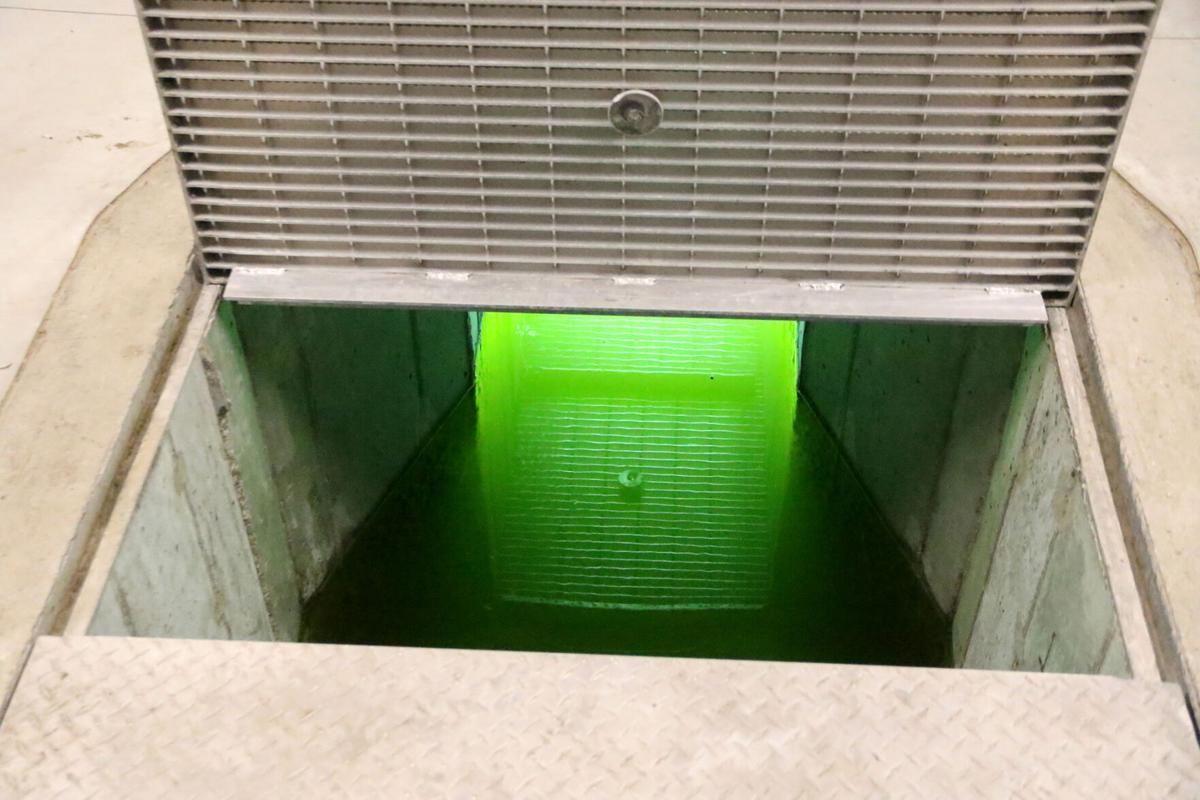 When in operation, the ultraviolet light disinfection system glows green.

The Carroll City Council began its regularly scheduled meeting Monday with members visiting the wastewater treatment plant to get their first look at the system that uses ultraviolet light to disinfect effluent into the Middle Raccoon River.

The system began operation a year ago, but Council tour of the plant was delayed because of COVID-19 restrictions.

Carroll City Engineer Randy Krauel explained that the city’s wastewater operation permit issued by the Iowa Department of Natural Resources in 2016 required the city to disinfect the effluent from the wastewater treatment plant by April 2020. The city chose to disinfect the wastewater by ultraviolet light. Following design and approval, Woodruff Construction of Fort Dodge was the low bidder on the project and was awarded the contract to construct the UV disinfection facility in March 2019. Woodruff completed construction at a cost of $996,923.

The building housing the UV disinfection system was built as part of the project and was designed to closely match the other wastewater buildings on East Anthony Street that were constructed during the last major plant reconstruction in 2004-05.