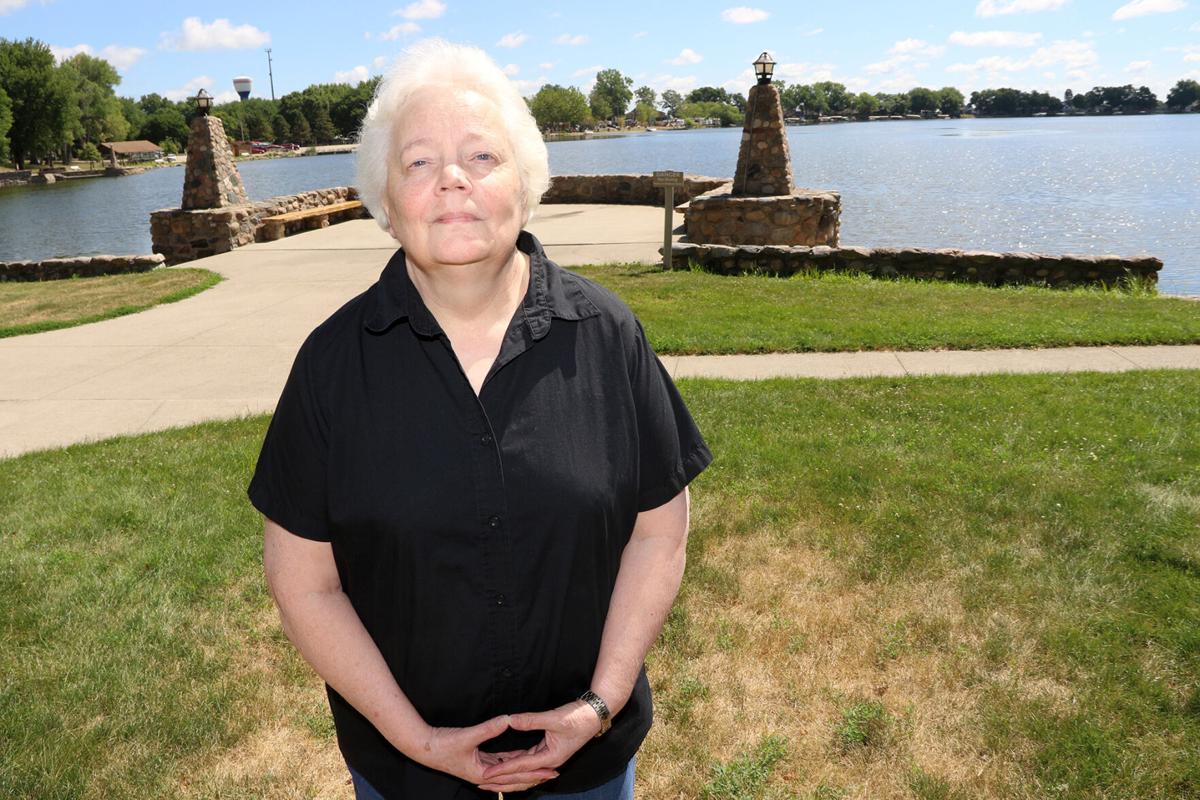 Lake View native Rosemary Polk has served as tally judge for the Little Miss Black Hawk Pageant since the first contest was held at the community's annual Summer Water Carnival in 1970. 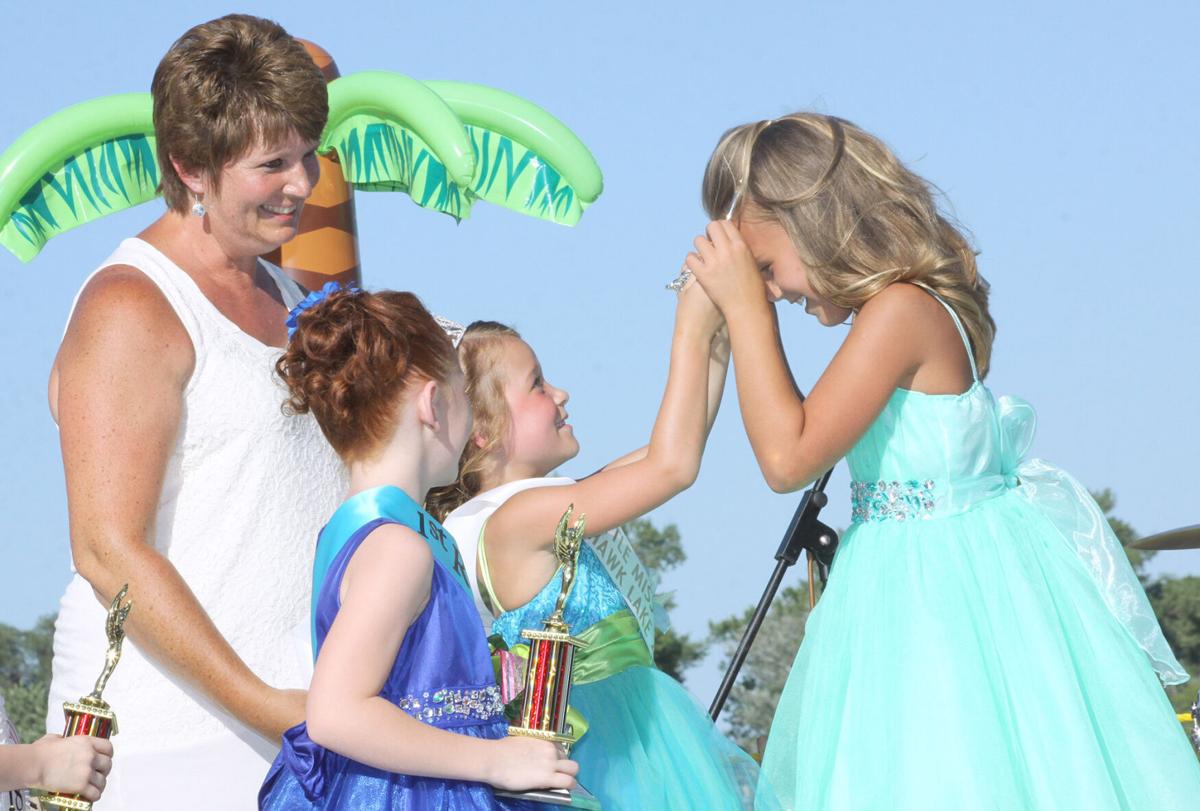 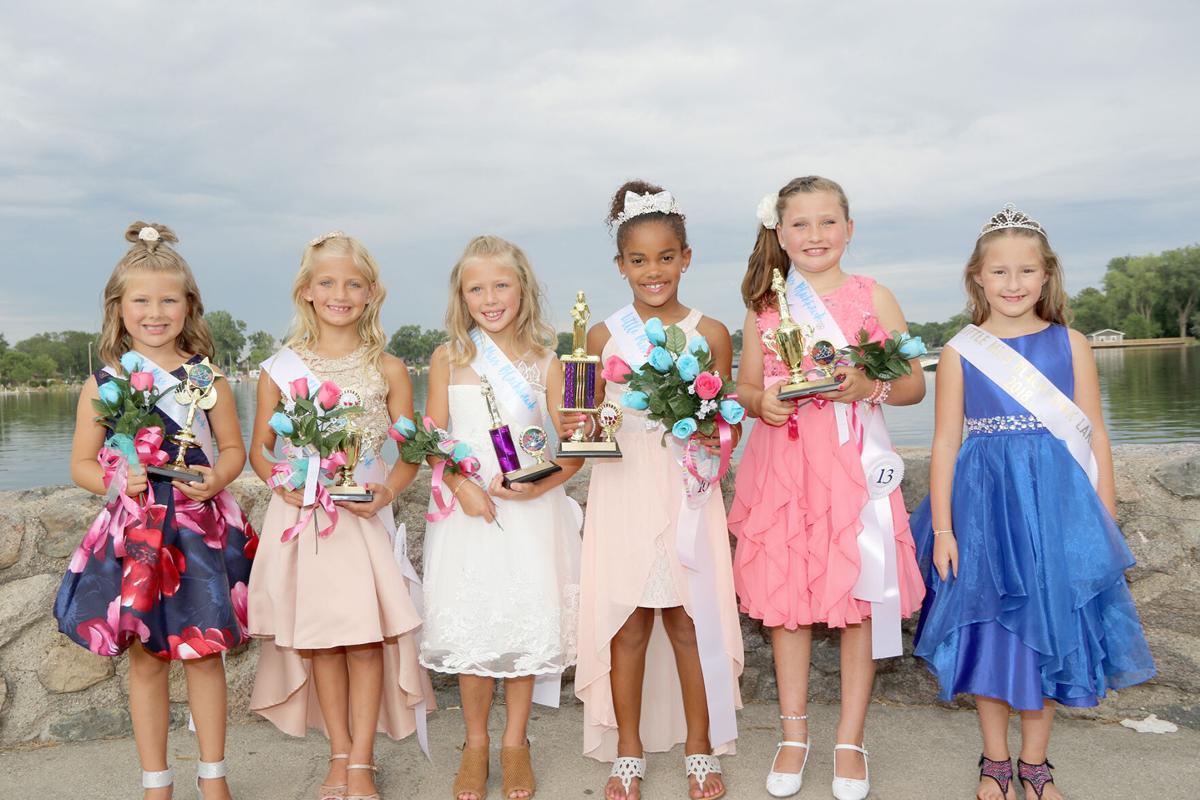 Lake View native Rosemary Polk has served as tally judge for the Little Miss Black Hawk Pageant since the first contest was held at the community's annual Summer Water Carnival in 1970.

Over the last 51 years, hundreds of girls have stepped across the stage with big smiles and waves as they’ve given it their best shots to win the Little Miss Black Hawk Pageant crown.

And every one of those years, Rosemary Polk has had one of the best seats in the house for the pageant, one of the most-popular attractions at Lake View’s annual Black Hawk Lake Summer Water Carnival. Polk has taken her place at the judges’ table for the pageant held on the hillside overlooking West Stone Pier on the expansive, glacially formed lake that draws visitors to the Sac County community from long distances. Carnival weekend traditionally draws thousands of visitors to this community of nearly 1,300, and hundreds are on hand at the late-Sunday-afternoon pageant.

Polk played an integral role in helping getting the event off the ground in 1970, when Carmen Langbein was crowned the first Little Miss Black Hawk, and it’s remained one of the biggest Water Carnival attractions ever since.

Little Miss Black Hawk no longer has state or national pageant connections, but the pageant is no less popular, as every year dozens of girls sign up with their eyes on the crown.

Marking 51 years with the pageant, Polk said during a recent visit near West Stone Pier, “I just enjoy doing this. I enjoy seeing the girls. Some of them now are children or grandchildren of past contestants.”

The contestants, who are ages 5 through 8, are scored on their poise, personality and stage appearance. The girls make different appearances on stage in sportswear and then formal wear. They introduce themselves to the crowd and later answer a question from the emcee. Favorite questions over the years — What’s your favorite ride at the carnival? What do you need to take to the swimming pool? How do you make a pizza? What do you need for a picnic? What do you do outside on a cold winter day? — have produced some kids-say-the-darndest-things responses.

“They say what’s on their minds,” Polk observed.

The top 10 finalists go through another round of questions, and then judges select Judges’ Choice, Miss Congeniality, Second Runner-up, First Runner-up and Little Miss Black Hawk.

In the early years, Little Miss Black Hawk Pageant proved to be a number of winners’ first step to more success. Stacey Bromley and Heidi Schmidt went on to win state and national pageants in 1978 and 1991, respectively, and other girls such as Kris Sundholm and Lisa and Courtney Paysen fared well also.

Polk said the judges appreciate genuine personality from the contestants.

When it comes to her dedication and what she has meant to Little Miss Black Hawk Pageant, Polk herself receives very high marks.

Kim Drost, of Wall Lake, who has been pageant coordinator the last 33 years, said, “Rosemary has been such a great volunteer with Little Miss Black Hawk Pageants all of these years. I truly love working with her and have enjoyed her friendship since I began helping with Little Miss in 1988. Her system of being the one who organizes the judging and tallying the scores is performed to perfection.”

Lake View City Clerk and Administrator Scott Peterson, who emceed the event for seven or eight years through 2019, said, “She’s been absolutely a vital part of the pageant since its inception. Fifty years doing anything is a heck of a long time. You don’t often hear about those milestones being reached, and Rosemary has been there every year for us, a very reliable asset to the pageant.”

Andy Meredith, a former local band teacher and insurance agent who was emcee from the early 1980s until Peterson succeeded him, said of Polk, “She was always extremely well organized. I was always very comfortable with the judges she picked. She was kind of the hostess to the judges. The people who were involved with the pageant could always count on her, and she was ready to jump in and do the job.”

Duane Murley, of Rockwell City, program director for KWMT Radio in Fort Dodge and farm director of Fort Dodge Radio Group who has been a judge more than 10 years, said, “It’s comforting to know she is there, and nice to work with somebody who’s been at the helm for 51 years.”

Murley said he and the other judges Polk has recruited have worked well together, and scores oftentimes end up amazingly close, making Polk’s job of ensuring accuracy even more essential.

He noted that Little Miss Black Hawk Pageant is unique because judging is done at the pageant itself.

“A lot of (pageants) anymore, they’re judged ahead of time and the winners are announced at a program,” he said.

He said he’s honored to be part of Little Miss Black Hawk.

“The Lake View Water Carnival in itself is quite a tradition (started in 1952), and the Little Miss is a prestigious part of the Water Carnival,” he remarked.

Over the years, the pageant has seen all kinds of weather, from 100-degree heat to storms. A tornado alert temporarily interrupted the 1993 pageant, and a rainstorm forced the event to move to the school gym in 1988 — also the year that had the high mark in contestants with 47.

And this year brought a new challenge as extra precautions were taken because of the coronavirus pandemic. The contest was limited to Sac County residents, so there were only 13 contestants, and the actual contest was held midweek at Emmanuel Lutheran Church before the downsized carnival on Saturday, July 18. At the carnival, the contestants were introduced, the girls performed a dance they’d learned to “Mary Kate and Ashley Saturday Night,” and the winners were announced.

Pageant Coordinator Drost, who herself was a contestant in 1974 and was selected a top-10 finalist, said of the benefits of the experience, “I believe little girls can gain confidence in being in the pageant. Not many kids feel comfortable on stage with a big crowd, and to be able to speak takes courage. We also have a lot of fun and meet new friends with spending time at the punch party prior to the pageant, riding in the (Water Carnival) parade together, and learning a fun dance together.”

Polk, 68, grew up northwest of Lake View, one of six children, including her twin brother, of Francis and Rosella Schwaller. Her dad, who was a farmhand, passed away when he was 45. Her mom, 93, lives today at Black Hawk Life Care Center in Lake View.

Rosemary graduated in 1971 from Lake View-Auburn High School (which after consolidations now is part of East Sac County School) and in 1972 from Faust School of Cosmetology in Storm Lake. She worked in a beauty shop in Holstein for a year and then returned to Lake View and opened Rosemary’s Beauty Nook, which she owned 23 years. She later worked in the dietary department at Loring Hospital in Sac City for 20 years and at Black Hawk Life Care Center for two years. She’s now retired.

Rosemary and Jack McConnell married in 1975. Besides serving as Water Carnival director, McConnell and his mother, Opal, ran the Blackhawk Cafe and Hotel in downtown Lake View, and Jack served many years as an EMT.

After McConnell passed away from lung cancer in 2001, Rosemary married Larry Polk, a trucker from West Virginia who was living in Carroll, in 2006. The couple reside in Lake View.

In addition to her work with Little Miss Black Hawk Pageant, Rosemary was a familiar face many years at the Water Carnival, heading up the United Methodist Church food stand.

“I literally lived down here two or three days every year, but it (the stand) made a lot of money and enabled the church to do a lot of good,” she said.

Polk hopes she can be a part of many more Little Miss Black Hawk Pageants in the future.

“As long as I can walk down here,” she said. “I do have some back issues, but (the pageant) is just a couple of hours every year. I’ll keep doing it as long as I can.”