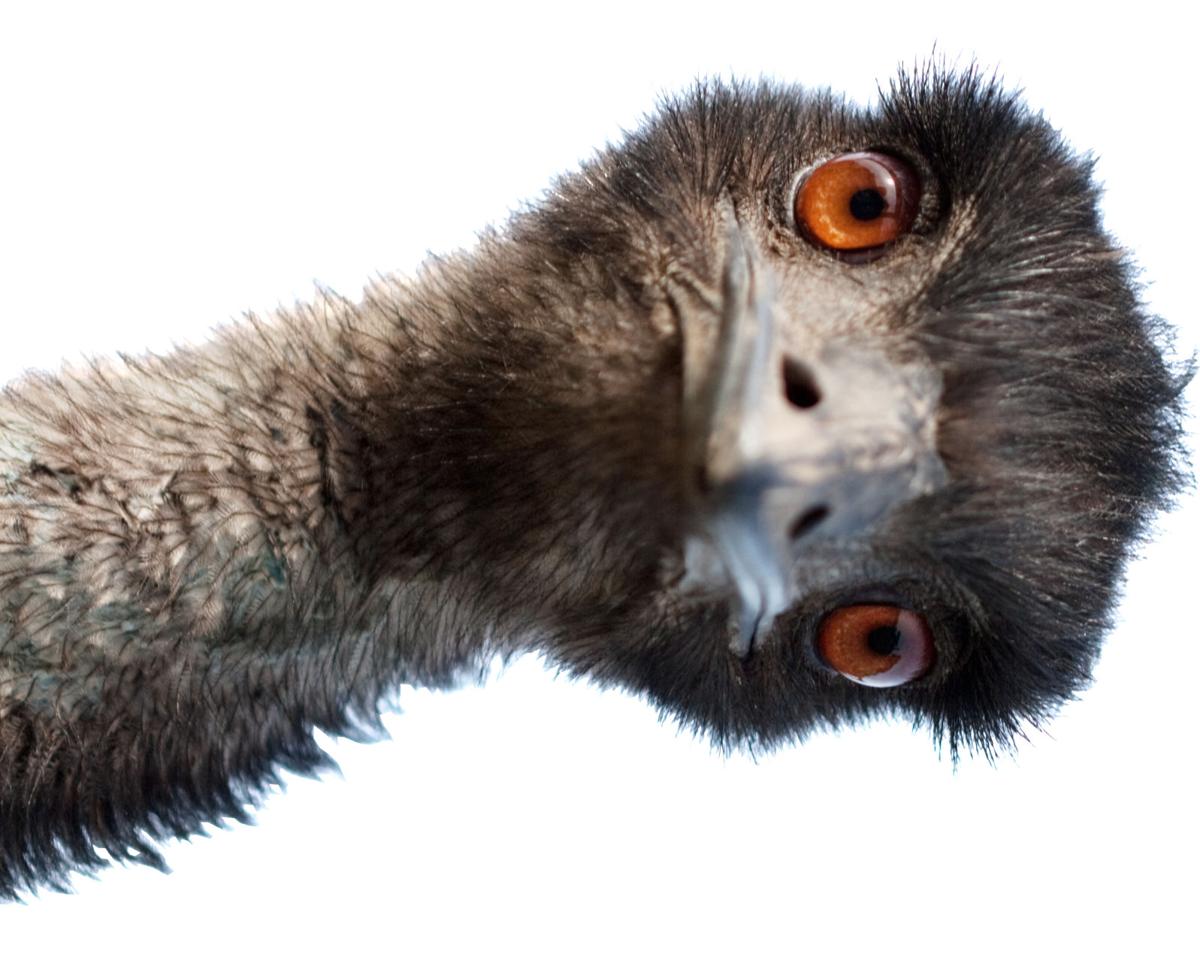 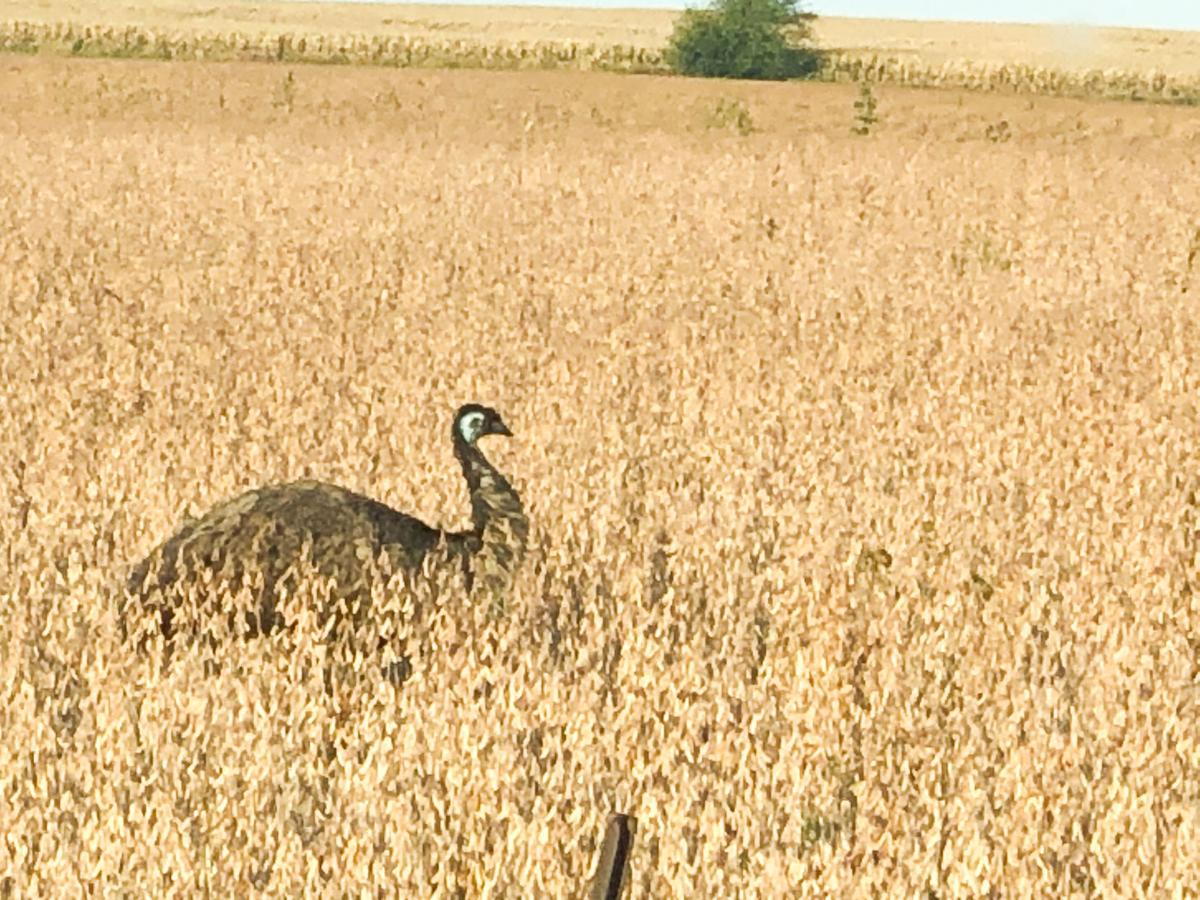 Jonathan Law, of Jefferson, spotted an emu in a field while driving to a meeting in Greene County the morning of Oct. 9. The emu was first spotted in Boone County. It is unclear from whence it came.

Jonathan Law, of Jefferson, spotted an emu in a field while driving to a meeting in Greene County the morning of Oct. 9. The emu was first spotted in Boone County. It is unclear from whence it came.

Jonathan Law was on his way to a meeting in Jefferson when he spotted what appeared at first to be a deer just off the shoulder of U.S. Highway 30.

But as his pickup truck rolled closer, he realized it wasn’t a deer at all.

The creature walked on two legs, pecked its beak at the soybeans in the field and looked as if it could fly.

It definitely wasn’t a deer.

Turns out, it couldn’t fly, either.

It was an emu, so Law took a picture of it with his cellphone and called the sheriff.

Early this month, the Greene County Sheriff’s Office reported sightings of an emu running loose — several miles northeast of Grand Junction on Oct. 4 and then again on the west edge of Jefferson near U.S. Highway 30 on Oct. 8.

The emu is thought to have wandered over from Boone County, moving at about 5 miles a day, said Jack Williams, the Greene County Sheriff. Williams said he has checked with registered emu farms in the state but that no one has reported the emu missing.

No one has been able to catch it, either.

“You can get within about 10 feet of it and then it takes off,” Williams said.

Williams added that if the bird is spotted again, he is unsure if the sheriff’s office will shoot it or how it will be captured.

“We haven’t gotten close enough yet to even think that far,” he said.

Emus, which are flightless birds indigenous to Australia, can run in excess of 30 miles per hour. They eat grains, fruits and insects and can survive the cold of a Midwest winter.

Mike Martin, a former emu farmer in Kansas, said it’s unlikely that anyone in the area would succeed in corralling the wayward bird.

“There’s a technique to catching them, but it takes two people,” he told the Times Herald. “An emu on the loose — they weigh about 100 pounds — there could be a lot of damage to a vehicle if they get on the highway.”

Easier said than done, though.

Those who fought in Australia’s “Great Emu War” of 1932 found the birds to be elusive. They expended tens of thousands of rounds of ammunition with machine guns but were unable to put a significant dent in the burgeoning population of emus, which were devastating their wheat fields.

They eventually gave up.

But don’t be troubled. Greene County’s rogue emu isn’t likely to inflict much damage on farmers’ crops, nor should it be considered a threat to someone who chances upon it.

“They are not aggressive,” Martin said. “They are curious.”

“It’s very similar to beef,” Martin said. “It’s lowest-fat meat sold in the United States. It’s very healthy. We served it to people that didn’t even know they were eating emu. They thought they were eating beef.”

A wayward emu that has been traversing west-central Iowa this month reached Carroll County this past weekend.