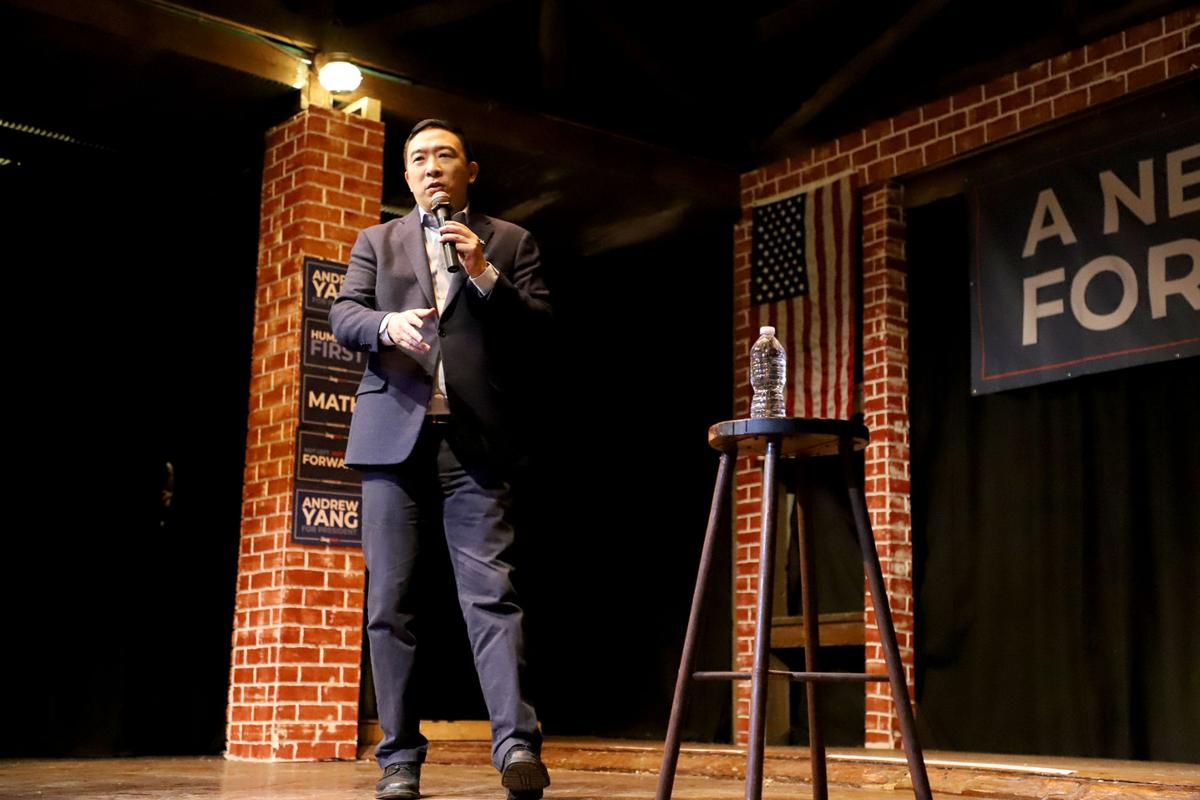 Democratic presidential candidate Andrew Yang says big tech will swallow up the middle class in much of America if allowed to operate without checks. 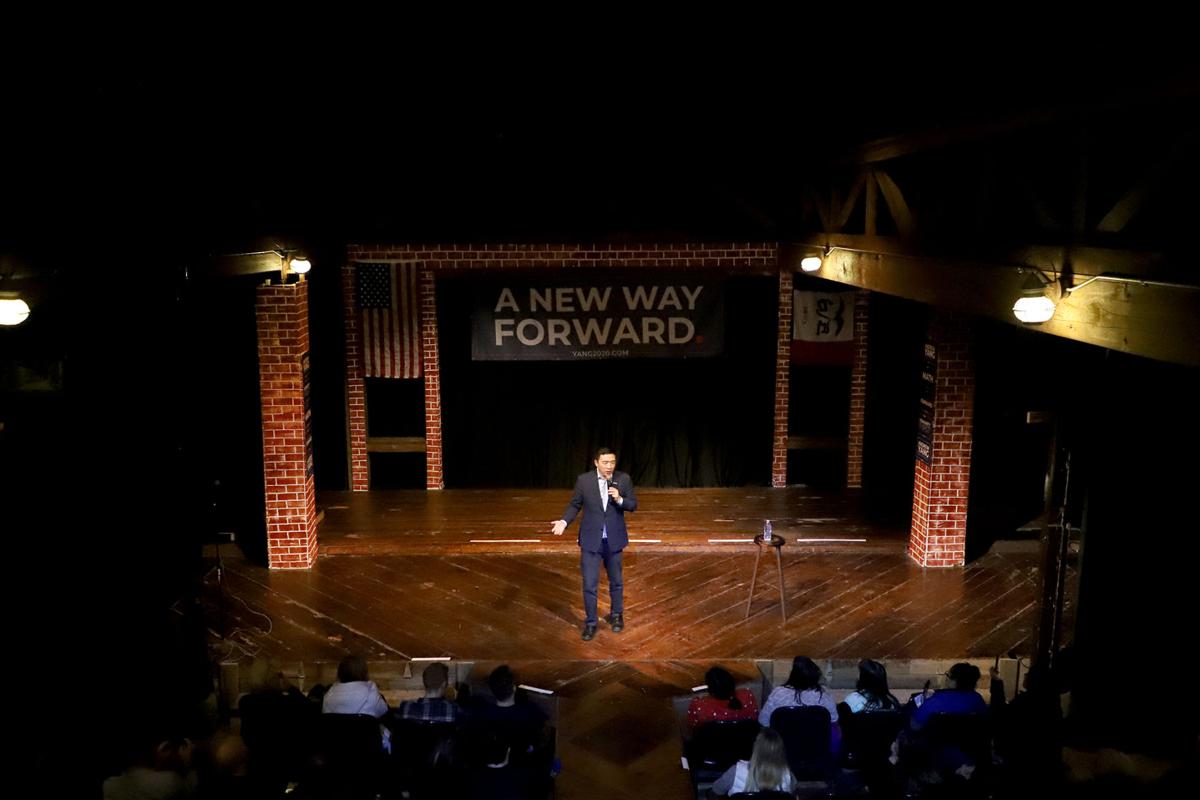 Andrew Yang, a Democratic presidential candidate, made his second stop of the 2020 election cycle in Jefferson with an event Jan. 26 at RVP-1875.

“That’s exactly the kind of thing we should be exploring, and if you’re managing agriculture on a national level, it’s certainly helpful to be proximate to producers who are doing that work every single day, and it would be positive for communities here in Iowa and the Midwest for there to be more government jobs and resources that are flowing into our communities rather than staying sequestered in Washington,” Yang said in an interview with this newspaper.

Yang, speaking earlier to a west-central Iowa audience, said it is a problem that Washington, D.C., is one of the wealthiest areas of the nation, as it’s a place with little material or intellectual production, he said.

“I want to something a little bit different — I want to distribute the swamp,” Yang said.

The upstart outsider candidate for the Democratic nomination who has vaulted into the national conversation with bold ideas, namely a universal basic income, and social-media savvy, campaigned in Jefferson Sunday afternoon. He drew a crowd of about 100 people to RVP-1875.

Yang’s slogan of “put humanity first” is something the nation needs more of, said Greene County Democratic Party Chairwoman Chris Henning, who is neutral in her party’s nominating process at this point.

The presidential candidate describes online-sales Goliath Amazon as something of giant spaceship hovering over much of the nation, sucking wealth and vitality out of local economies.

“You know that malls can go from cheery to eerie when they start emptying out,” he said.

Sanders: This is how we will fund 'Medicare for All'

Yang said the election of President Trump can be traced to a sweeping loss of manufacturing jobs in the industrial Midwest. Artificial intelligence and other technical advances will further erode traditional jobs.

“The tide is turning against more and more people, and it is going to speed up,” he said.

Yang, a capitalist with a resume lined with experiences from the go-go days of tech, is pitching an adapted capitalism, one that accepts this: If you think your job is safe from computers, you likely will be wrong — and the challenge, coming at the nation like a runaway freight train (controlled by a computer, not an engineer), is that people need work more than work needs them.

“It’s not like if someone tries harder, it’s going to be the crucial difference-maker of them having a job or not having a job,” Yang said in an interview.

His big idea, and it is one of the biggest to hit a presidential campaign in the modern era: instituting a universal basic income (he calls it a Freedom Dividend) in which all American citizens ages 18-64 would be paid $1,000 a month. No questions asked on how they spend the money. Yang would pay for it with a 10 percent value-added tax (VAT) on goods and services that would hit people with the most money, buying the most things, the hardest. Companies like Amazon would pay the most into the system, he suggests.

The universal basic income isn’t designed to fund an American citizens’ full existence, but rather, to realign an unfair economy by moving more money from tech enclaves on the coasts to distressed areas of the nation. Iowans could literally get some bites out of Apple.

Yang details the plan in a book, “The War on Normal People: The Truth About America’s Disappearing Jobs and Why Universal Basic Income Is Our Future.”

He signed several of the books in Jefferson Sunday.

During his midday Jefferson appearance, Yang said high tech, particularly companies that use data collected on the Internet, is the new oil. He noted that residents of Alaska receive divided checks tied to oil production, something he wants to see replicated with the universal basic income.

“What is the oil of the 21st century? Data,” Yang said. “How many of you got your data check in the mail last month?”