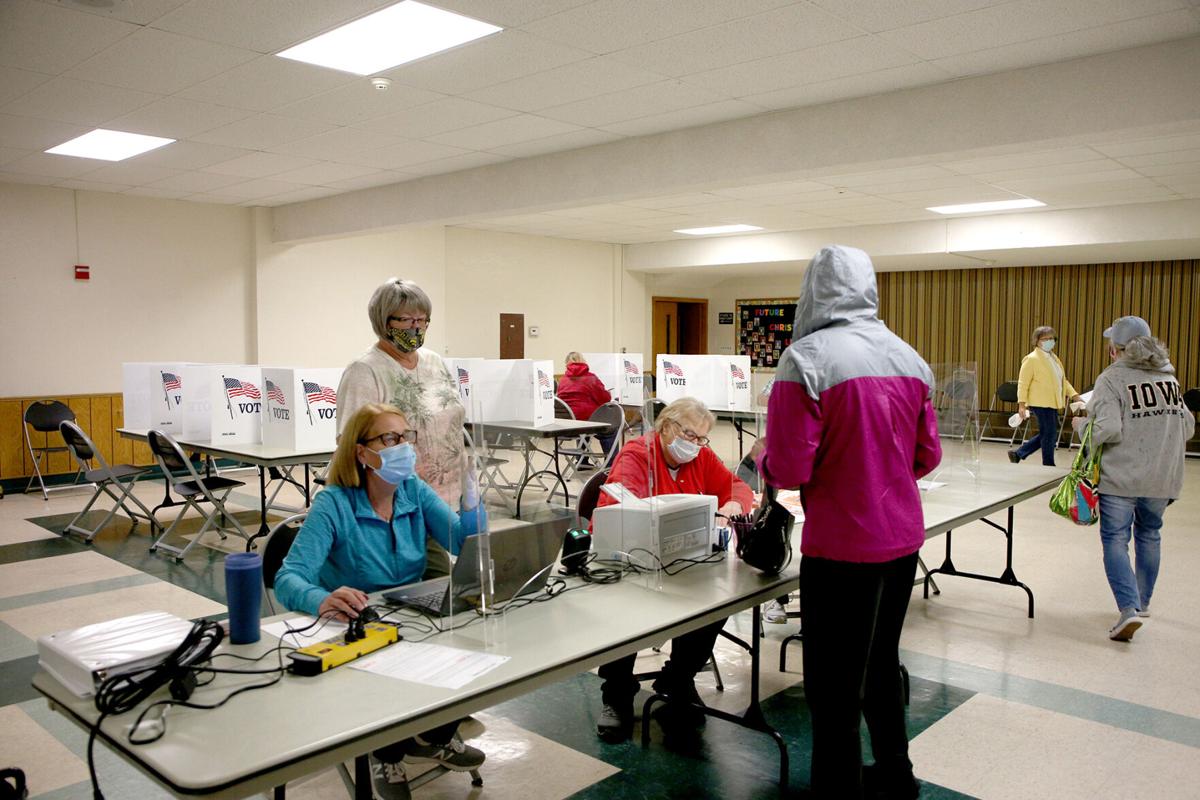 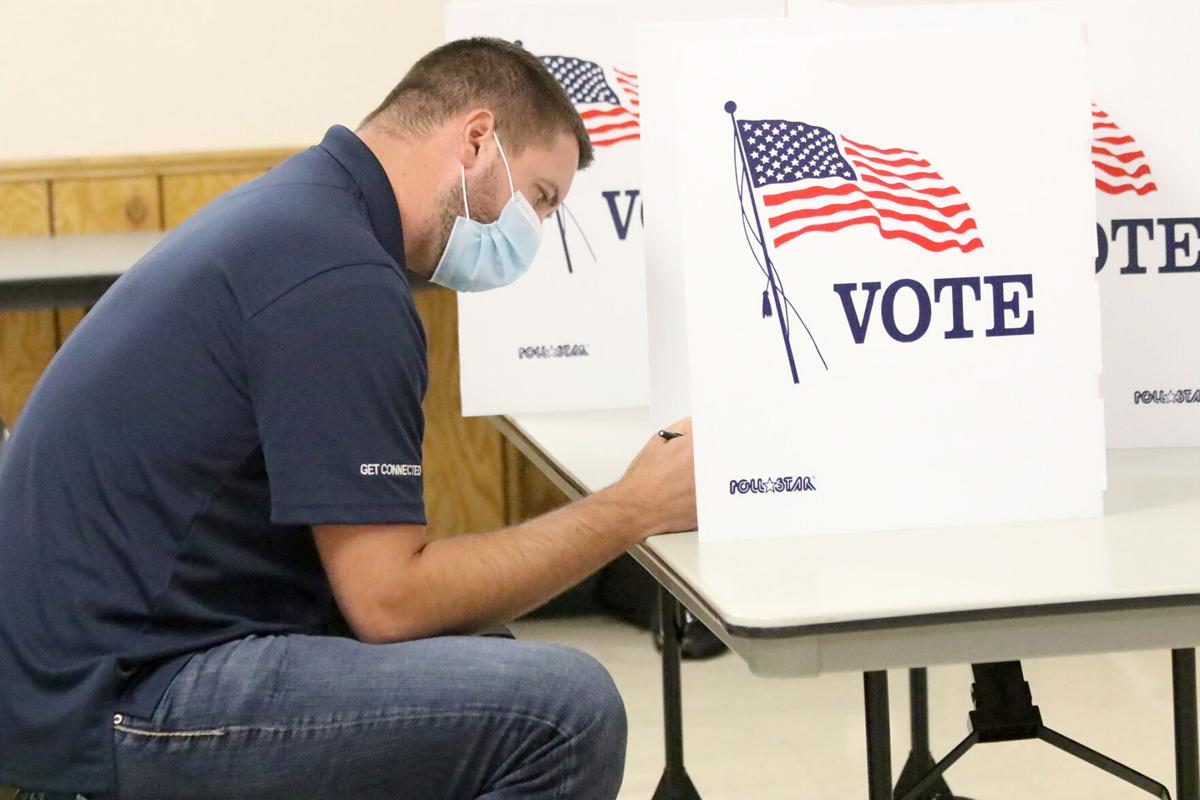 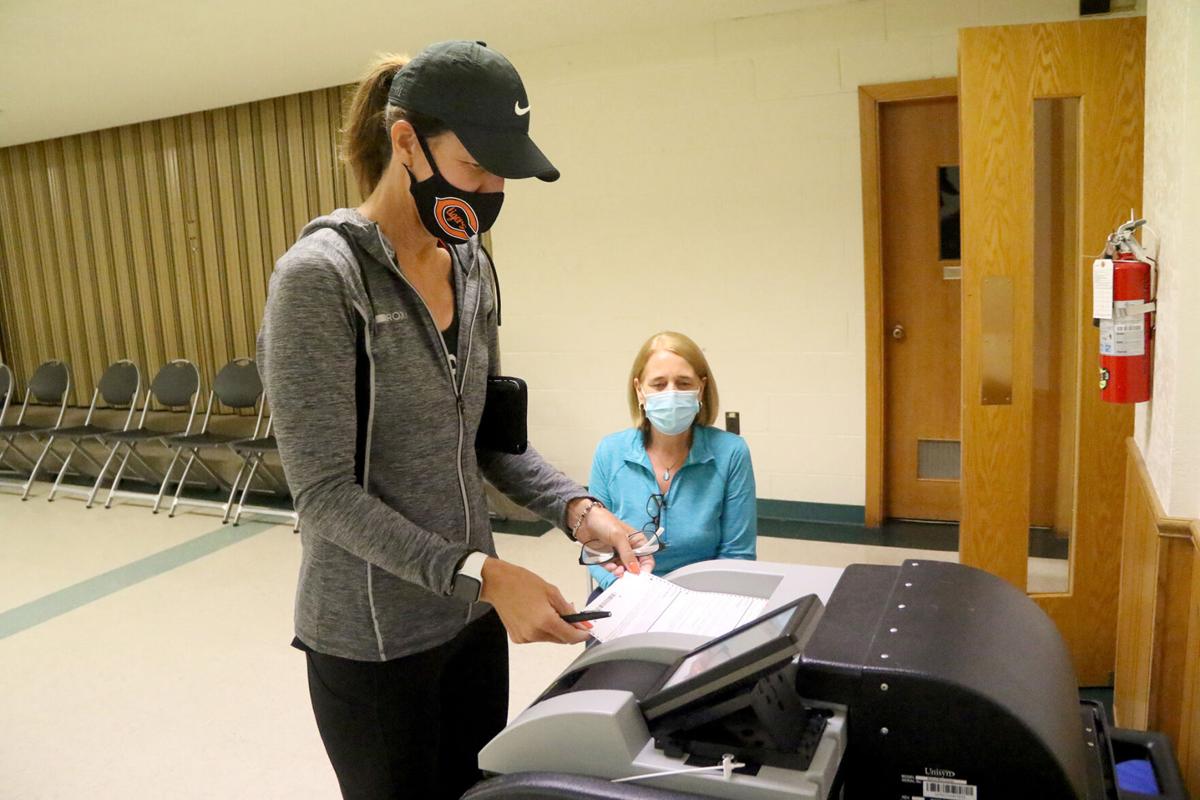 Lisa Honold feeds her ballot into a voting machine at First United Methodist Church in Carroll, which was the polling place in Carroll in the Carroll Recreation Center and local option sales tax referendums. The poll worker is Yvonne Presley. 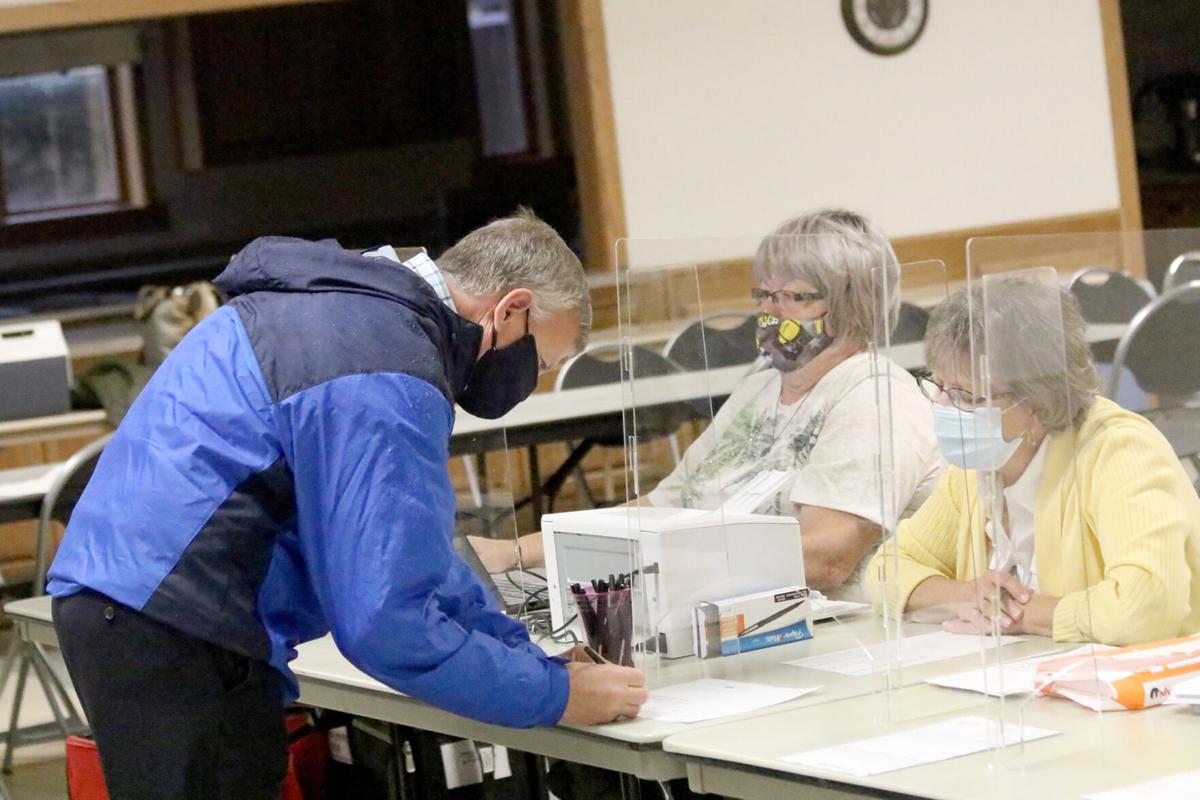 Lisa Honold feeds her ballot into a voting machine at First United Methodist Church in Carroll, which was the polling place in Carroll in the Carroll Recreation Center and local option sales tax referendums. The poll worker is Yvonne Presley.

Carroll City Council members and city staff will reconsider how to move forward on potential improvements at the Rec Center during a strategic planning meeting in October.

Competing views are emerging on the future of the Rec Center as City of Carroll voters rendered a split decision in Tuesday’s local election, passing a continuation of the 17-year-old 1 percent local option sales tax but rejecting the city’s plan to use up to $5.9 million in general-obligation bond debt financing toward a $13.38 million modernization of the Recreation Center.

Carroll City Council members in June signed off on the use of $7.61 million in local-option sales tax revenues to fund the majority of a plan for a modernized and expanded Recreation Center.

But in Tuesday’s election, the portion of the Rec Center on the ballot fell, with 793 voting “yes” and 951 voters opposed. The Rec Center plan pulled 45.4 percent support, under the 60 percent-plus one supermajority threshold.

Turnout for the election stood at 24 percent, with 1,744 voters casting ballots out of the city’s 7,154 registered voters.

The council had voted 5 to 1 for the larger components of funding coming from other sources, with Councilman Mike Kots voting against the measure. Kots said he supports more modest improvements of existing features at the Rec Center. He said the vote Tuesday clearly shows the majority of the public is with him.

“I think the citizens have spoken, and a 15 percent shortfall speaks volumes,” Kots said. “For ‘the No. 1 ask’ on the citizen survey, it didn’t even match those numbers. We have our annual planning session coming up, and I am sure we will discuss all options. I will continue to oppose the plan that just failed going forward. My support for renovations to the existing facility remains.”

But Councilwoman Carolyn Siemann, one of the strongest supporters of the current plan, said the 45 percent vote is encouraging amid the COVID-19 pandemic when many taxpayers are anxious about their financial and medical futures.

She thinks is makes sense to put the measure before voters again after the pandemic to get what she says will be a truer picture, one that is COVID-free, from the public on the Rec Center.

Referendums can be held by Iowa cities in March and September. The city is seeking guidance from the Iowa Secretary of State’s Office on whether an election could be held March 2, 2021, as it could fall within a six-month window, forcing the vote to September 2021.

Siemann said she is disappointed in the outcome in large part because she thinks favorable bidding would have meant the city had major opportunity for savings on the Rec Center, a chance that likely will be lost during what could be busy building periods after the pandemic.

“I’m not going to let this deter me,” she said. “We need to get this done. We are not that far away from making it work.”

She wants to run the same plan before voters with no significant modifications.

“I’m not for changing it at all,” Siemann said. “We had something for all age groups.”

Councilman Clay Haley said the council will use the referendum to help determine where to go next with any Rec Center planning.

“It looks like the people are resoundingly opposed to it,” he said.

But Haley said it might not be fair to judge the project or read too much into the vote during a pandemic.

“Quite likely the pandemic did have an effect on it,” he said. “We’ve heard constituents who said it was a factor for them with the uncertainty involved in the pandemic. As far as what the future holds, I really don’t know. We’ll have to get this back to council, take a look at it.”

A modernized Rec Center, under the plan that failed Tuesday, would have featured an expanded gymnasium with an indoor elevated walking track, the most-requested addition in the building for years in local surveys, and an expansion of the pool and revamping of locker rooms and other elements — all designed to collectively give the 1977 city amenity, a showcase facility for years, what advocates see as a much-needed boost.

Meanwhile, the local option sales tax no longer will have a sunset and can be collected indefinitely with the vote of 914 to 819 — 52.7 percent approval, a figure that cleared the 50 percent-plus-one simple majority.