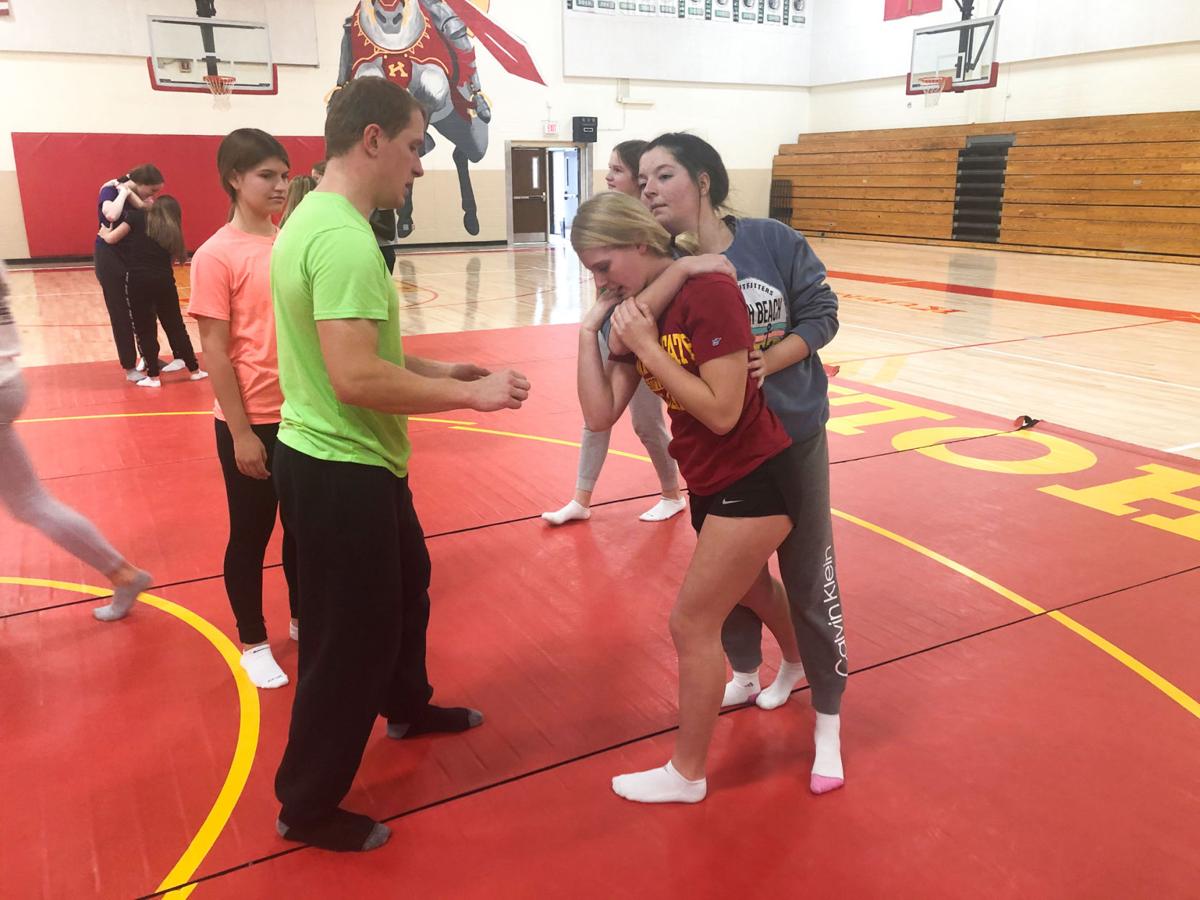 Officer Steven Pudenz (left) works with Kuemper Catholic High School students Sophie Rohe (center) and Alexis Dierksen (right) during students’ self-defense training class Nov. 1, where they learned different tactics and techniques they can use to defend themselves from an attacker. 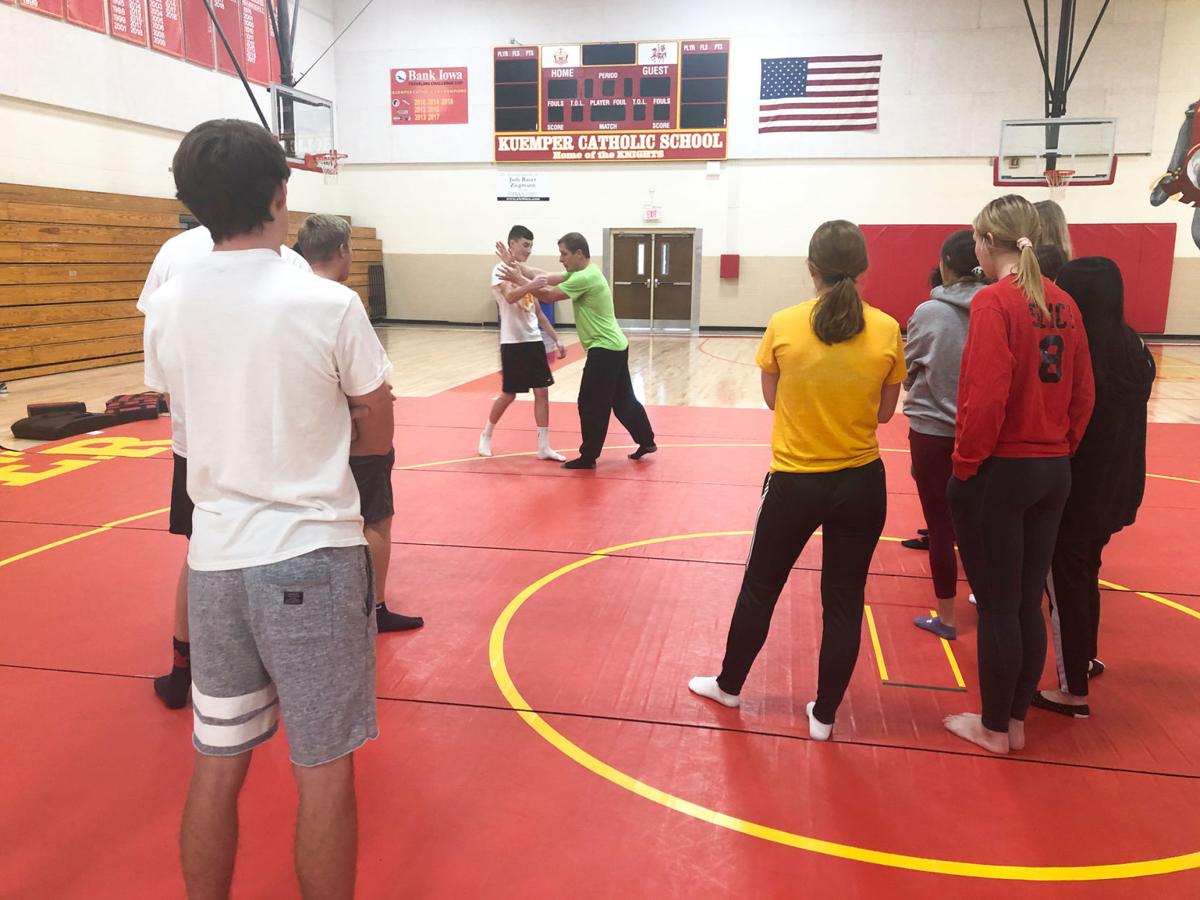 Officer Steven Pudenz (left) works with Kuemper Catholic High School students Sophie Rohe (center) and Alexis Dierksen (right) during students’ self-defense training class Nov. 1, where they learned different tactics and techniques they can use to defend themselves from an attacker.

Students recently spent two days learning about the importance of the buddy system, being aware of their surroundings — and, if it comes down to it, how they can defend themselves from attackers during Kuemper Catholic’s self-defense training class.

Last week, the Carroll Police Department spent two days working with high school students at Kuemper Catholic High School about ways to protect themselves when they are out at night, teaching them tactics and movements they can use if someone does try to hurt them, said Amber Hoffman, the high school physical education and health teacher at Kuemper Catholic High School.

“It’s an important issue to raise awareness due to the world we live in,” she said. “It’s better to know something on how to defend yourself or keep yourself out of harm in the first place, rather than nothing at all and being totally oblivious and naive.”

During the trainings, Sergeant Gary Bellinghausen and Officer Steven Pudenz from the Carroll Police Department spoke to students about awareness and why it matters to pay attention to how they park, walk or act.

“I think the biggest part was when Mr. Pudenz spoke to them about general safety, such as, park in well-lit areas, call a friend when walking back to a dorm room when off at college, but still staying aware of your surroundings, and also to not put themselves in harm’s way to begin with (and) being smart and being aware,” Hoffman said.

Hoffman said she will continue the training program at the high school. Even if the kids have a chance once a year to practice and learn techniques and tips to be safer, it makes a difference, she said.

“If we can address it and provide them a time to practice it once a year just to make them aware again, then we will definitely be doing it again,” she said.