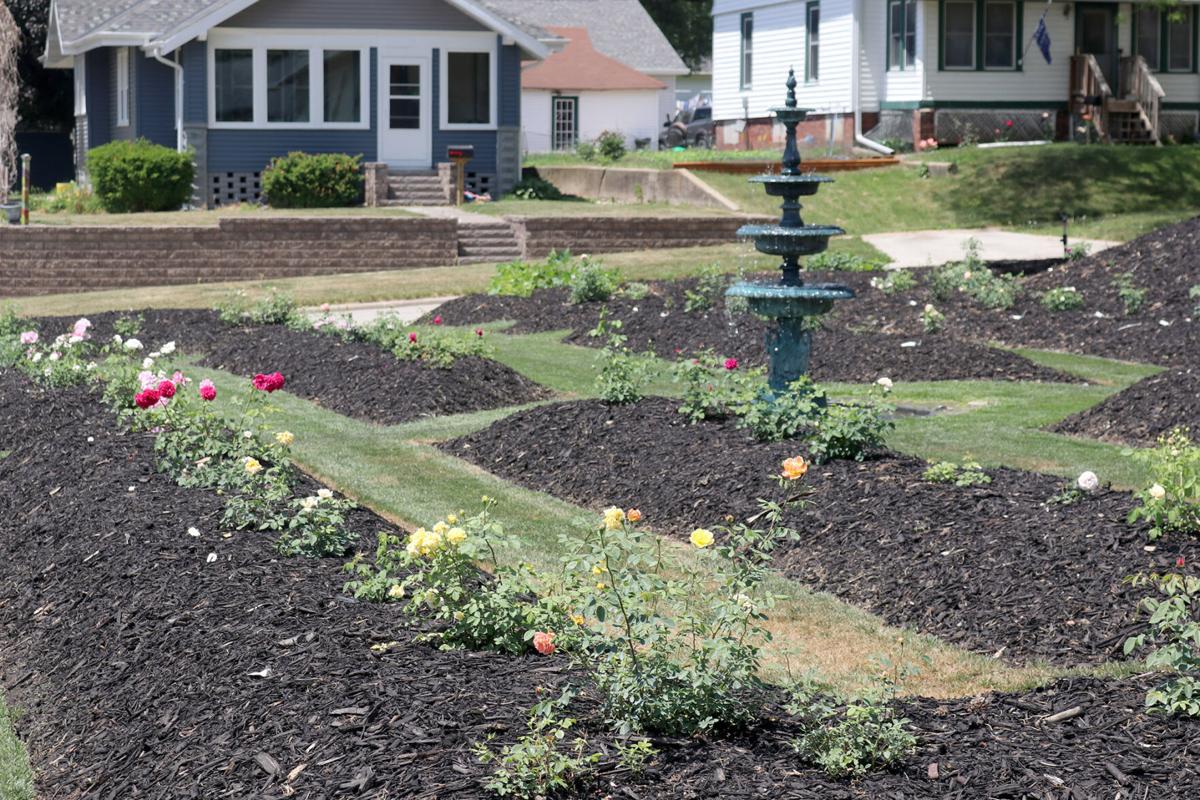 Colorful roses bloom in Marty Orr's rose garden at the corner of Fourth and May streets in Manning. 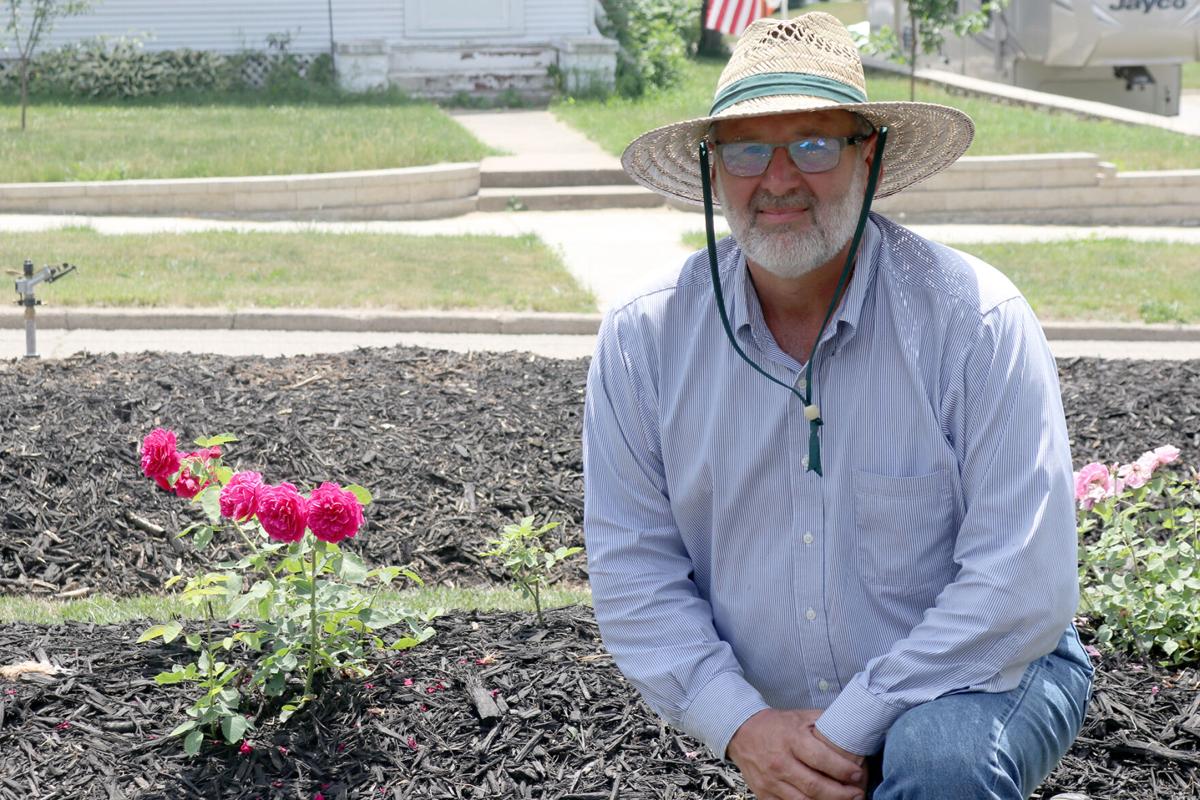 Marty Orr at his newly planted Manning rose garden, next to a 'Tess of the d’Urbervilles' variety rose bush. 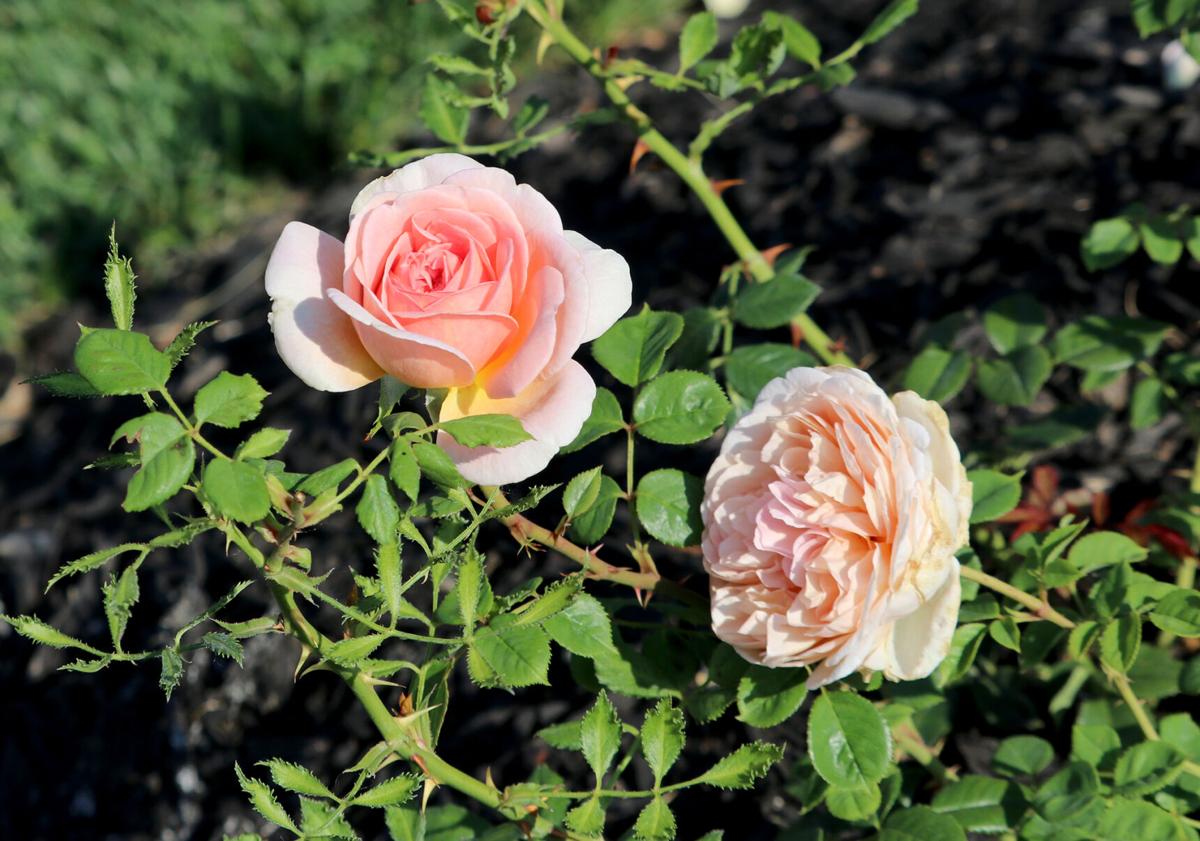 A 'Félicité Parmentier' bloom. The variety can have up to 120 petals. 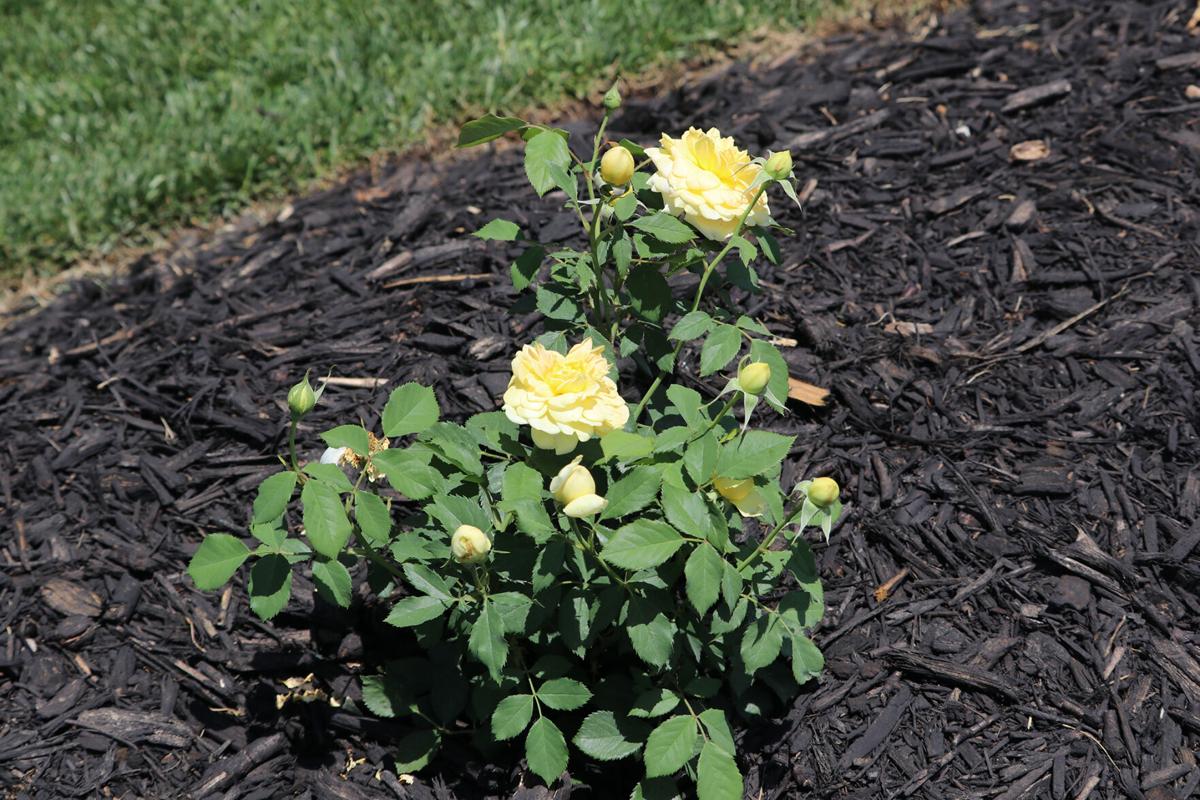 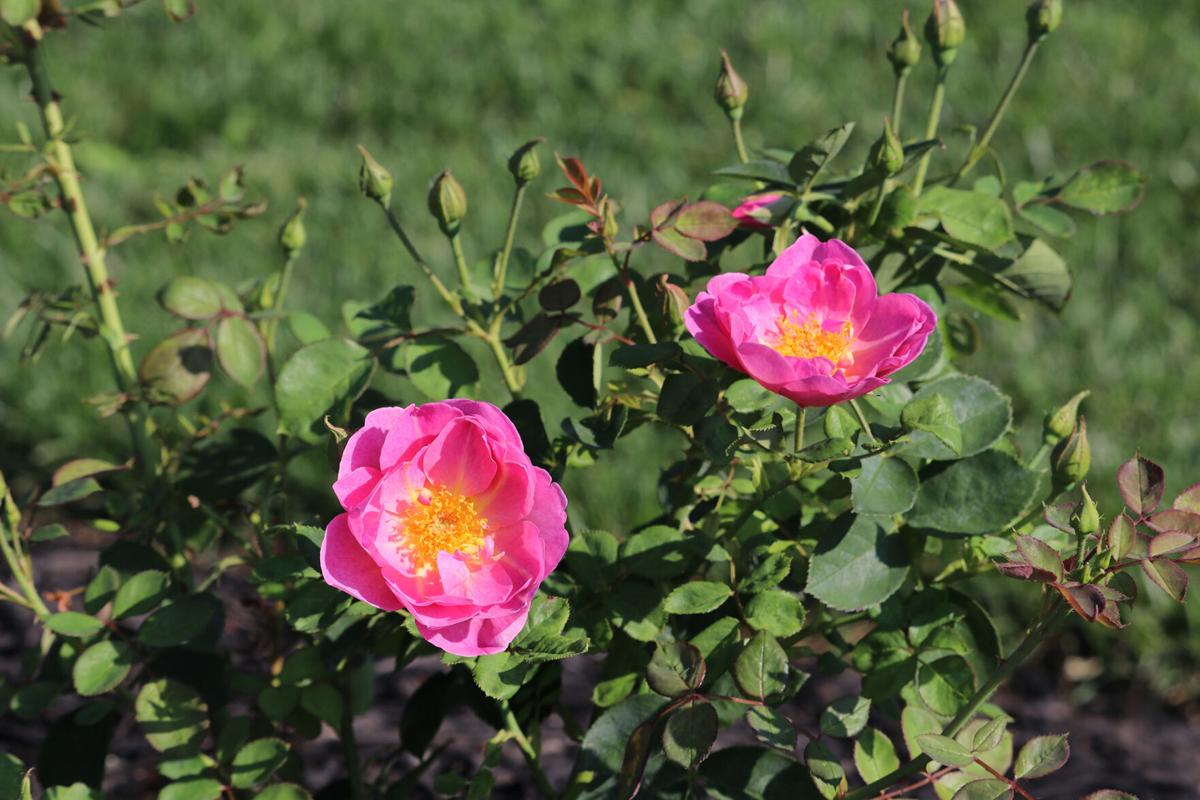 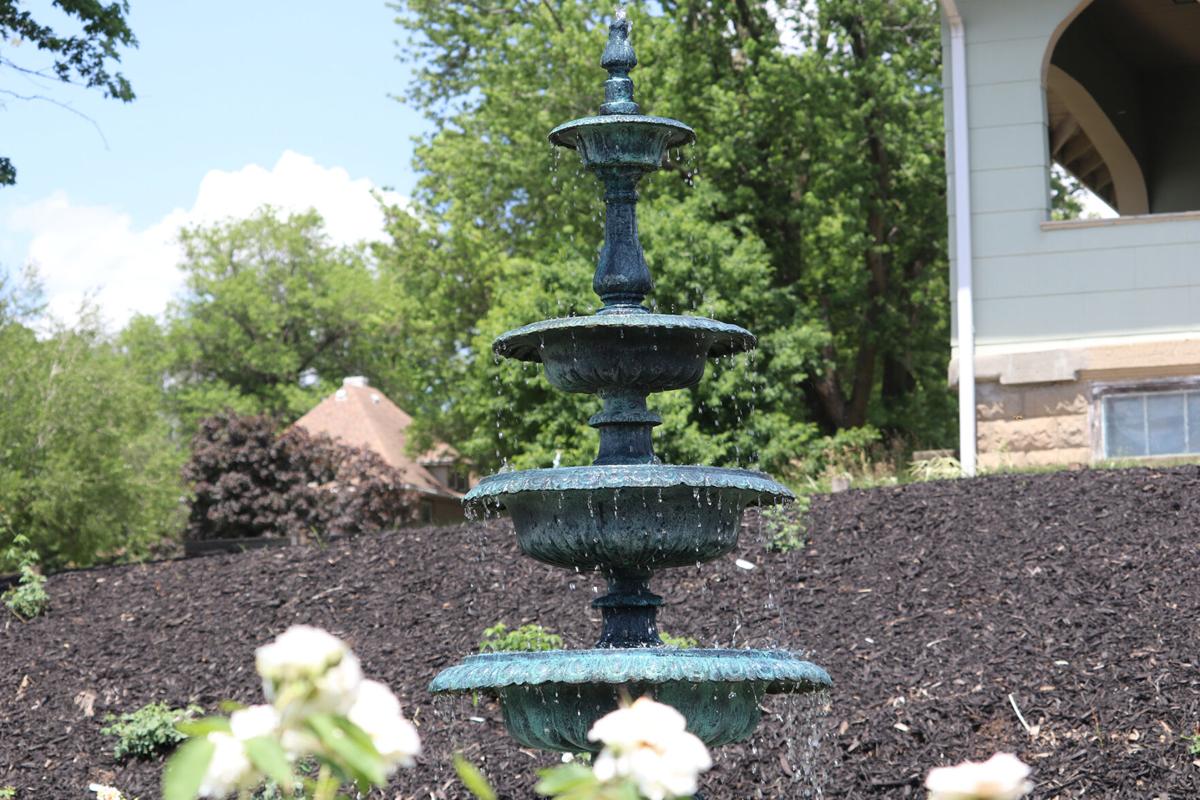 A 6-foot-tall fountain stands in the center of Marty Orr's rose garden in Manning. 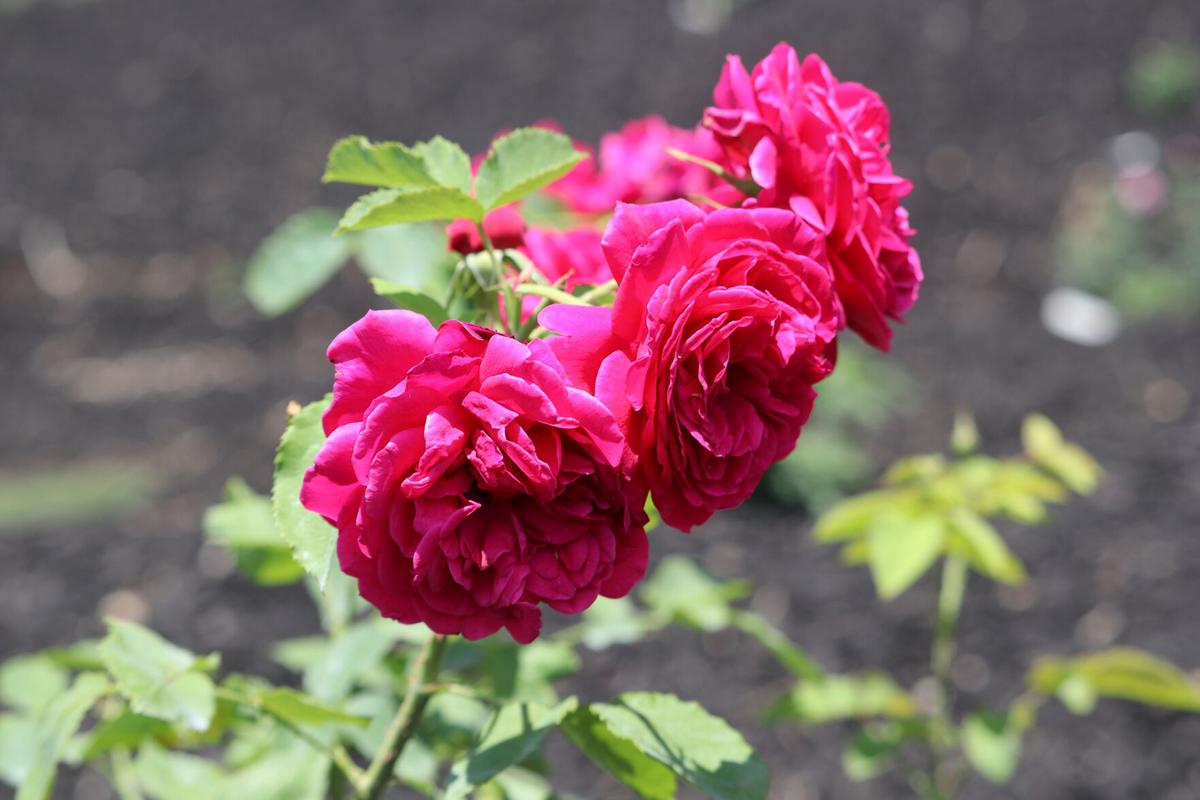 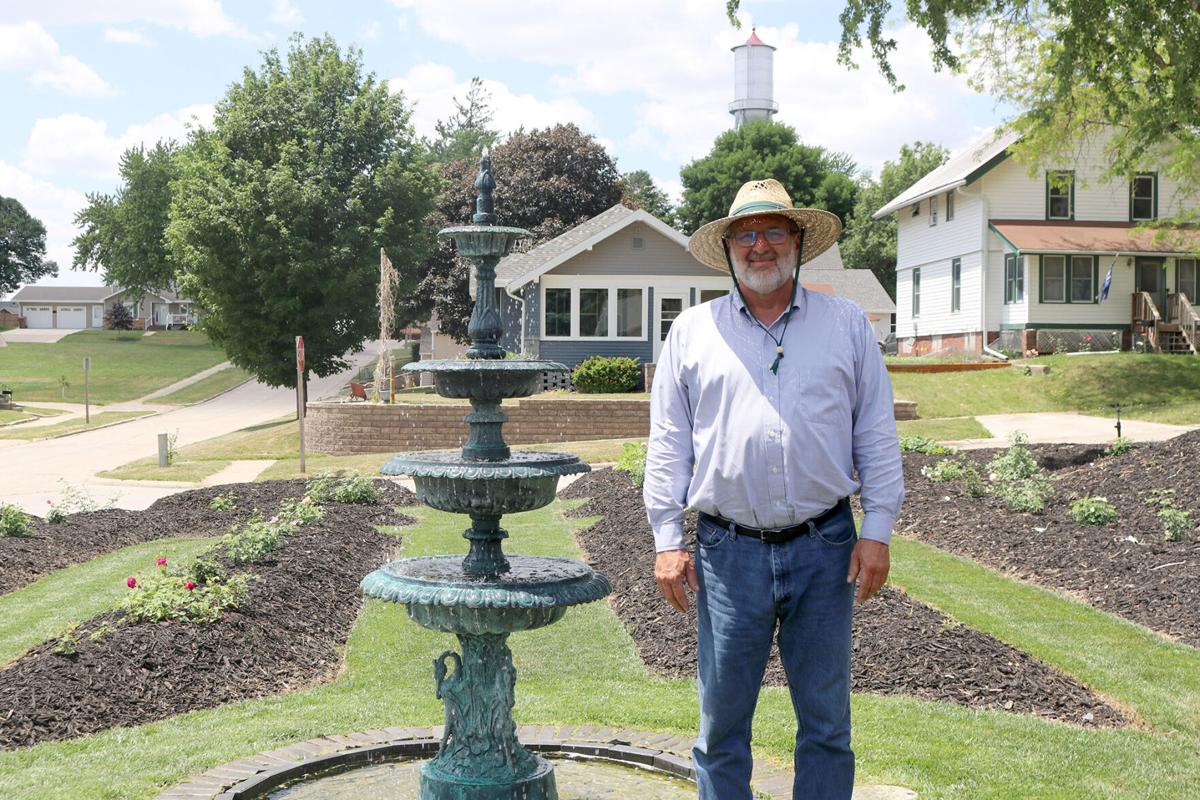 Marty Orr at his newly planted rose garden on the corner of Fourth and May streets in Manning. 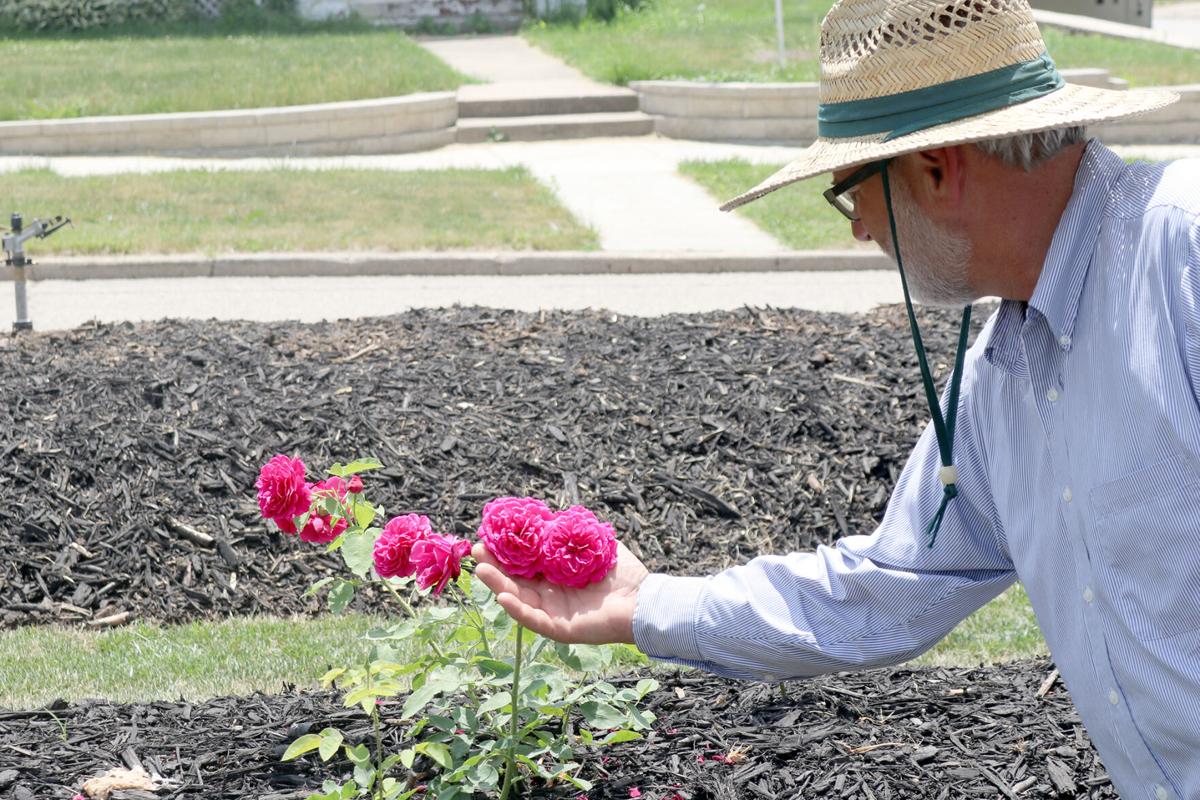 Marty Orr shows off the newest bloom of a 'Tess of the d’Urbervilles' variety rose in his newly planted Manning rose garden. 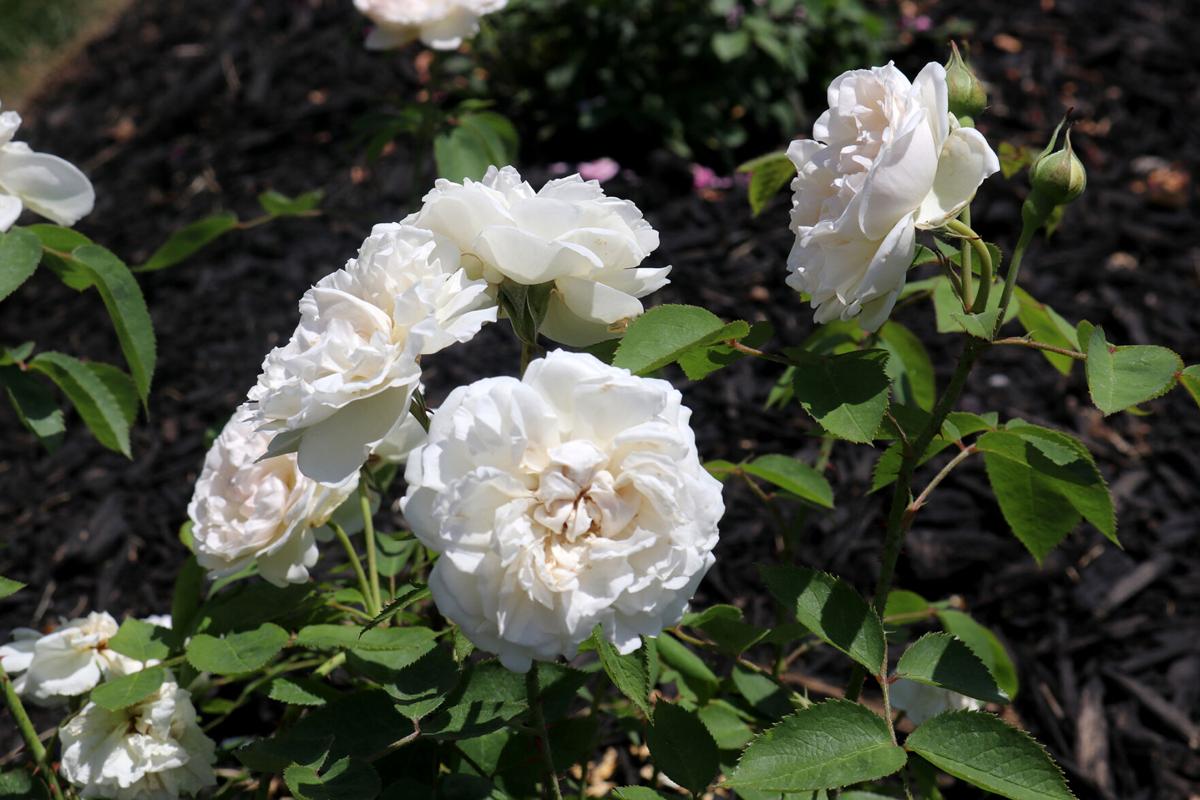 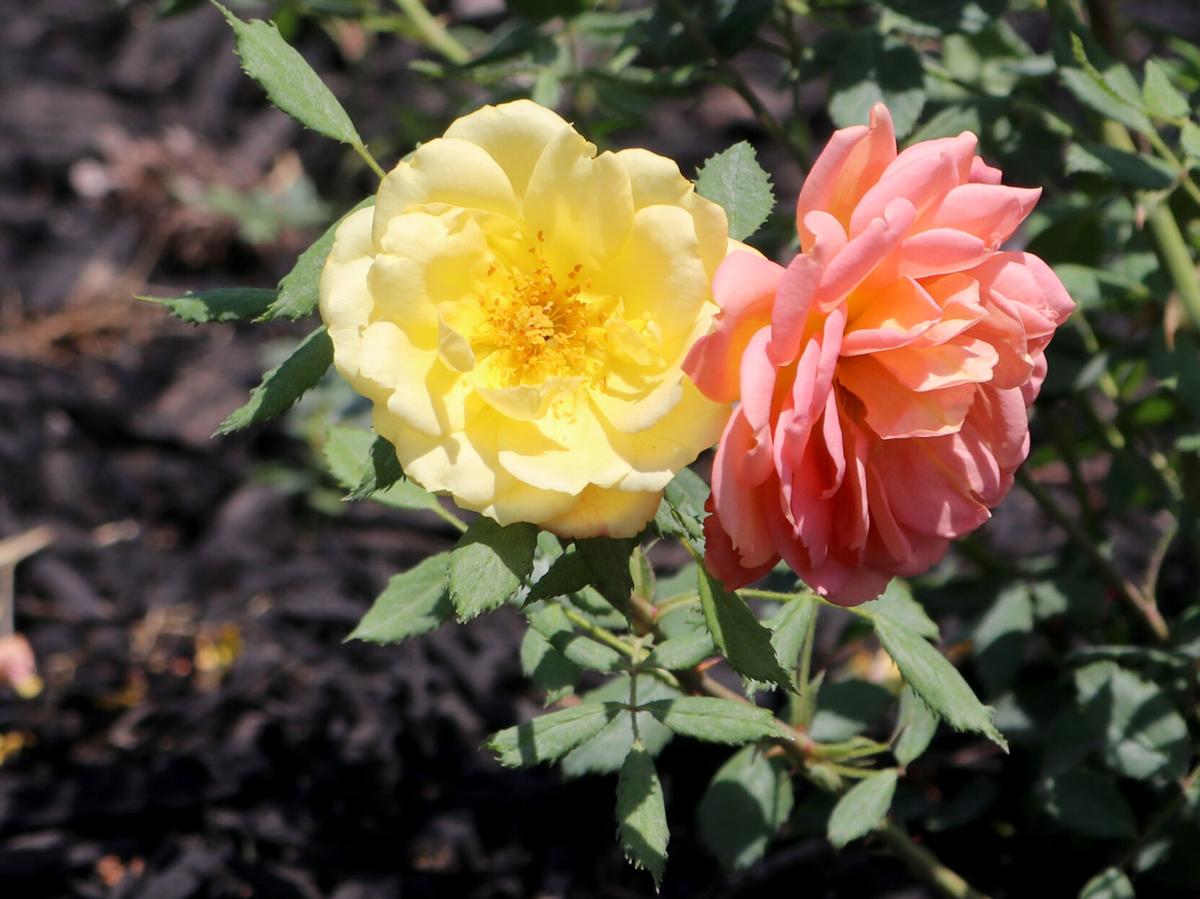 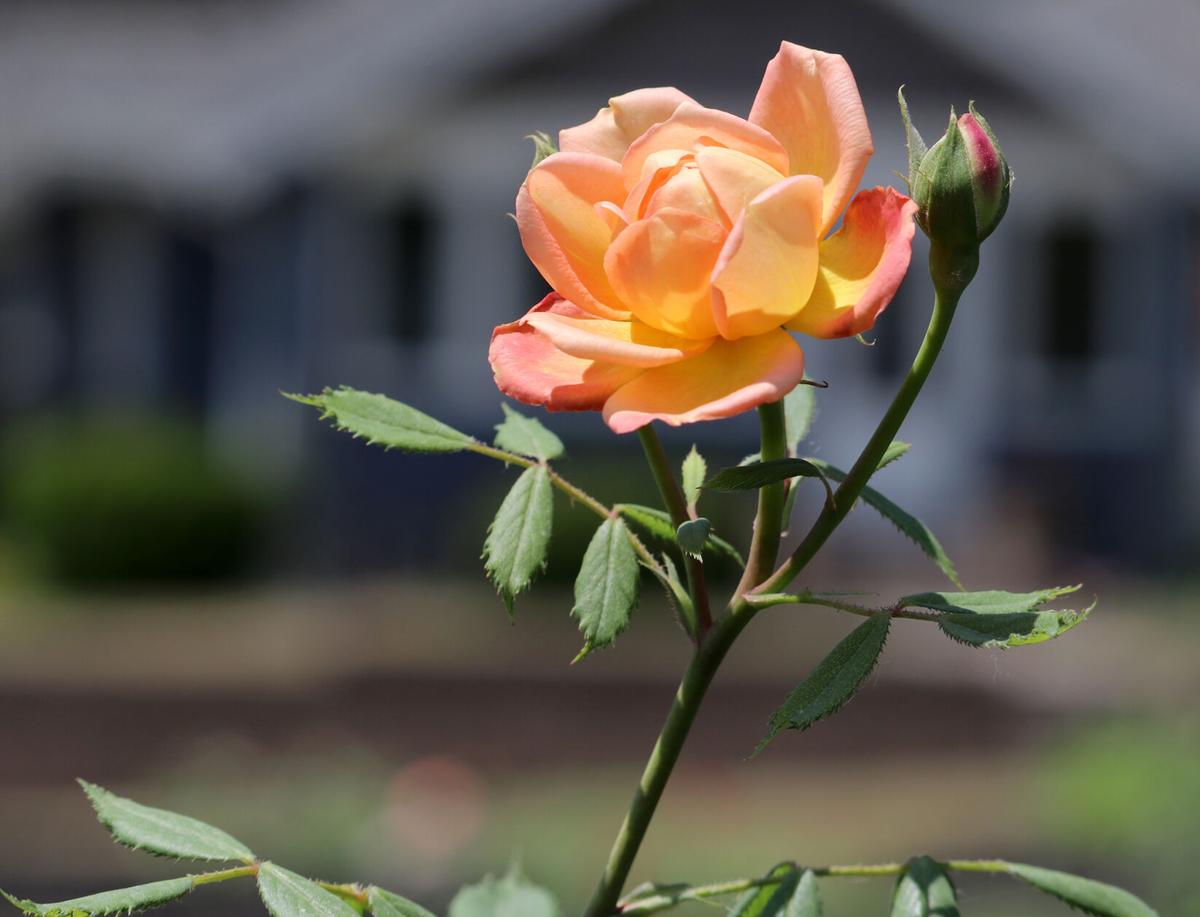 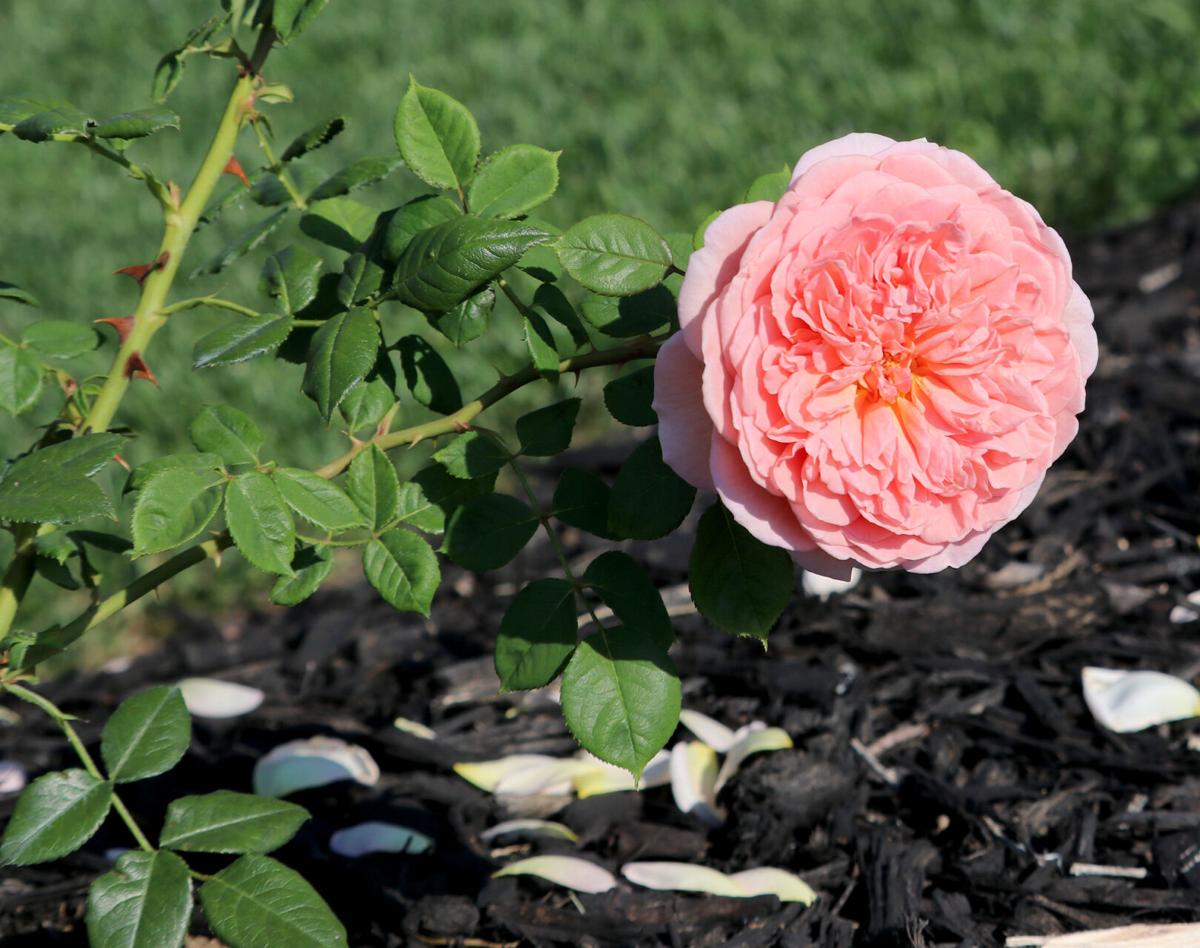 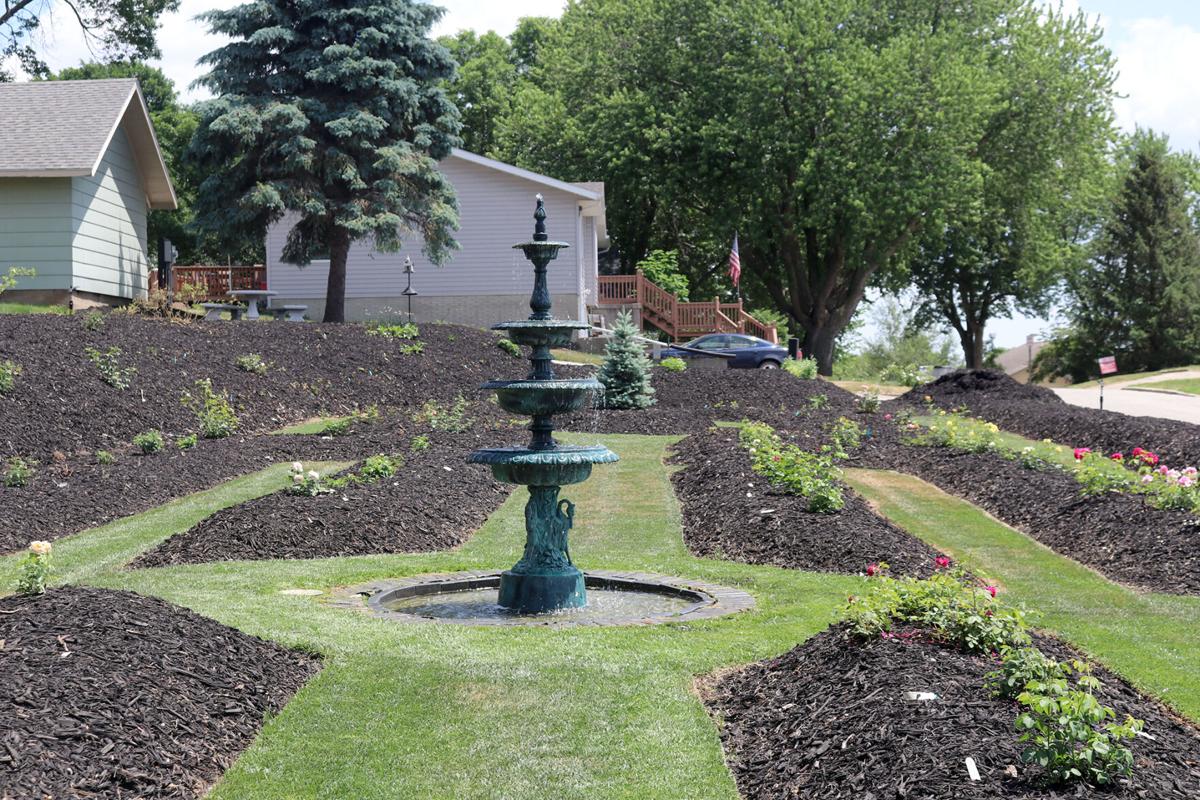 Marty Orr's rose garden at the corner of Fourth and May Street in Manning.

Colorful roses bloom in Marty Orr's rose garden at the corner of Fourth and May streets in Manning.

A 6-foot-tall fountain stands in the center of Marty Orr's rose garden in Manning.

Marty Orr at his newly planted rose garden on the corner of Fourth and May streets in Manning.

Marty Orr's rose garden at the corner of Fourth and May Street in Manning.

MANNING: Ever since childhood, Marty Orr has had a fascination with rose gardens. Now, he’s making his lifelong dream a reality — by creating a rose garden in the middle of residential Manning.

With a day job as a landscaper and lawn mower through his business Orr Lawn Care, the Manning resident began planning the garden in early 2020, after purchasing an empty lot on the corner of Fourth and May streets. He designed the layout of the plot based on the regal royal gardens of the United Kingdom and France, a symbol of Victorian art and culture originating in the late 1800s.

He also noted that his grandmother had a garden in Missouri where she would grow roses, which also contributed to Orr’s love for the flowers.

Orr chose to transform the empty lot because of its central location within Manning, noting that the residents who live nearby don’t mind the garden or the attention it draws.

“I haven’t gotten any complaints about it,” Orr said.

Orr stated that since he has only just planted the individual rose bushes recently, the most recent being planted in April, they have not had a lot of time to grow and eventually will become a lot larger in size and in the number of individual flowers blooming on each plant.

“In about two or three years, it’s going to look really nice,” Orr said. “A lot of people are going to want to come look at it; it’ll be just beautiful.”

Several different types of roses eventually will bloom in Orr’s garden, varying in color, size, petal count and even fragrance. Some include the Crocus Rose, Port Sunlight, Winchester Cathedral, Tess of the d’Urbervilles, Olivia Rose Austin and many more. One bloom that Orr pointed out, the Félicité Parmentier, can have up to 120 petals.

While a few rose bushes were relocated from Orr’s home garden or donated by friends and family, most of the plants were bought through David Austin Roses, the leading rose breeder in the floriculture industry that breeds roses in Shropshire, England before exporting them to the United States. Some of the roses, dubbed “Old Roses,” have been directly reproduced year after year since the 19th century and are genetically identical to roses from about 200 years ago.

Individual plants can cost anywhere from $30 to $65 a piece, and with upward of 300 different flowering shrubs planted in Orr’s garden, and more on the way, the total price climbs quickly.

Orr estimated that so far, he has spent around $15,000 on the entire project, not including the lot itself. Much of this was spent on the flowers, but also on a fountain that Orr purchased for the center of the garden, as well as a lamppost that will illuminate the street corner.

The landscaper often spends six hours a week or more at the garden, tending to plants or planning future additions, including a possible waterfall or fountain in the back corner of the garden.

He hopes that ultimately, the garden will brighten the city of Manning, and even act as a tourist attraction for much of western Iowa.

“It’s supposed to be a pretty big deal; I’ve already had people driving around near it trying to see it.” Orr said. “There won’t be anything else like it.”