The Main Street parade on Saturday morning, June 19, will kick off Manning's annual Kinderfest, believed to be Iowa's oldest heritage celebration. Pictured is the 2019 parade. 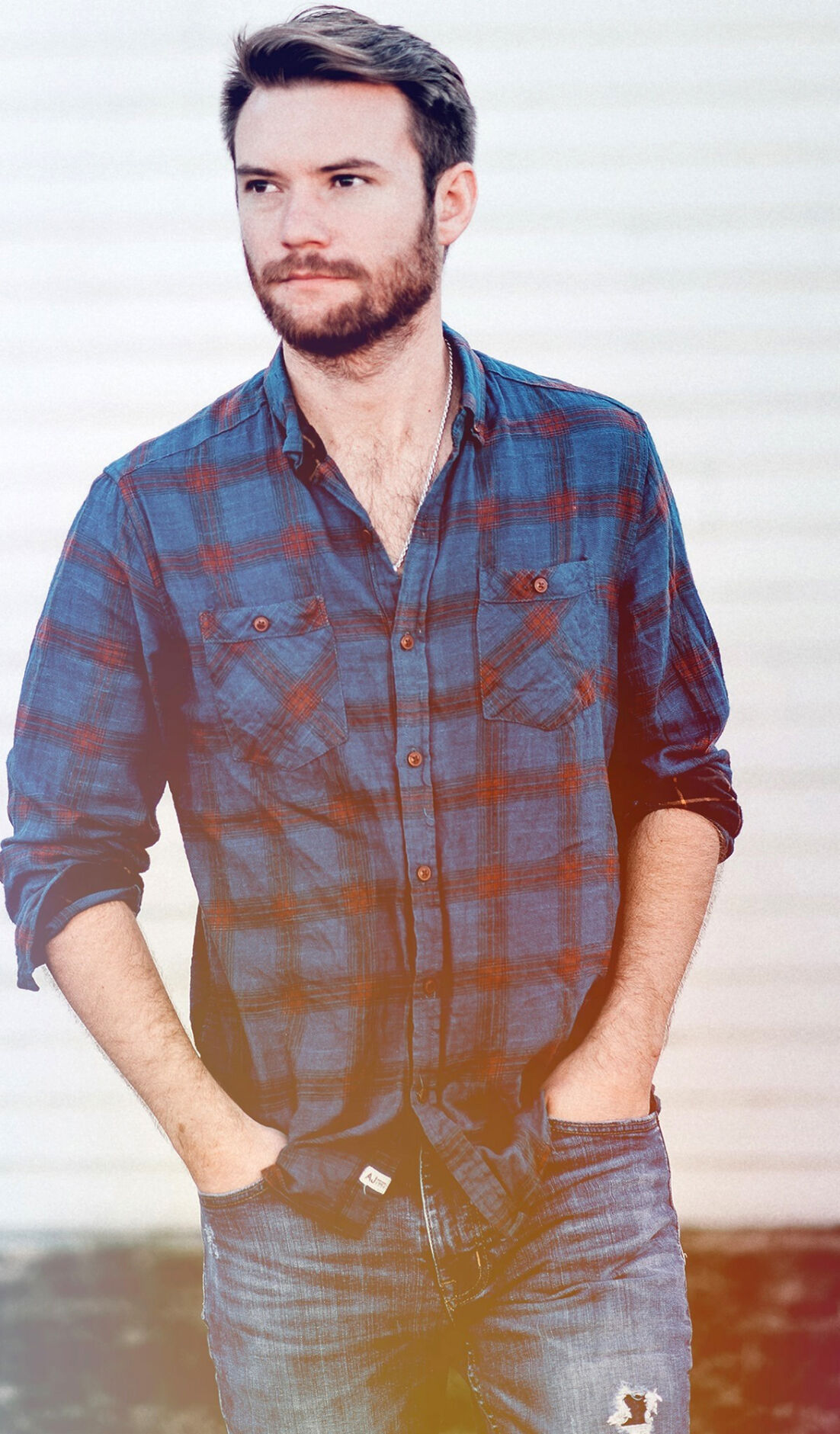 Manning native Brad Morgan will headline the Party on the Bricks concert June 19. 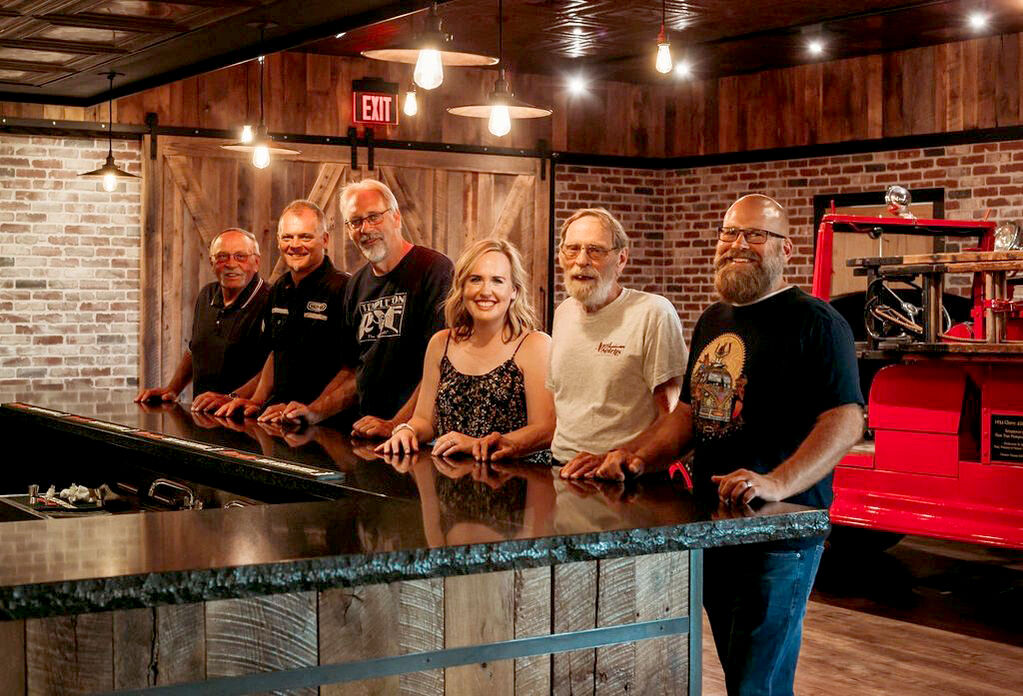 Templeton band Aged Spirits will open the concert at this year's Party on the Bricks June 19. 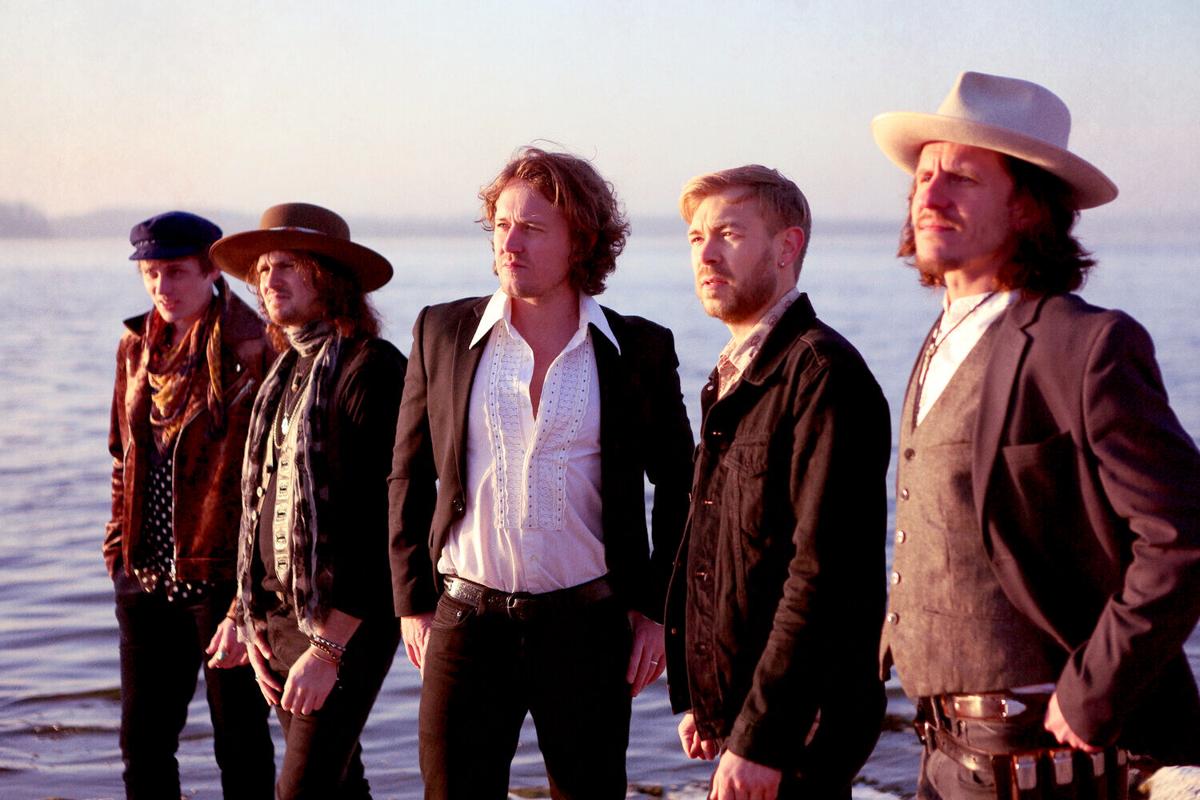 The Flying Buffaloes will perform at the all-school reunion at Manning's German Hausbarn June 18, the night before the Kinderfest and Party on the Bricks celebrations.

The Main Street parade on Saturday morning, June 19, will kick off Manning's annual Kinderfest, believed to be Iowa's oldest heritage celebration. Pictured is the 2019 parade.

Manning native Brad Morgan will headline the Party on the Bricks concert June 19.

Templeton band Aged Spirits will open the concert at this year's Party on the Bricks June 19.

The Flying Buffaloes will perform at the all-school reunion at Manning's German Hausbarn June 18, the night before the Kinderfest and Party on the Bricks celebrations.

The city of Manning will present an all-day celebration of German heritage and community history on Saturday, June 19.

The dual event will include a rescheduled version of Kinderfest, which is German for “children’s day,” as well as the Party on the Bricks concert celebration. Both events usually are held annually in Manning, but they were canceled last summer due to COVID-19-related health and safety concerns.

Preceding the full day of Saturday events will be an all-school reunion at 5 p.m. Friday, June 18 at the Manning Hausbarn-Heritage Park. The event includes an open bar and will offer alumni from various years to reunite. At 9 p.m. Friday, the Flying Buffaloes, a Nashville-based alt-country and rock band, will perform in the Hausbarn courtyard.

Kicking off the day of fun on Saturday will be a 5K road race that begins at 8 a.m. as part of the Kinderfest festivities in Manning City Park.

Additionally, the 10th-annual James Justice Memorial Golf Tournament will be held at the M&M Golf Course between Manilla and Manning, though it is a separate event from both Kinderfest and Party on the Bricks. The tournament honors the memory of SSG James “Juice” Justice, who was killed in 2011 at the age of 32 while serving in the Army in Afghanistan.

The tournament will begin at 10 a.m. with a shotgun start, with registration starting at 9 a.m. Cost is $60 per person for those wanting to use a golf cart, and $50 otherwise. Those interested can register at golfforjustice.com.

Kinderfest’s main event will begin at 11 a.m. with a parade through town, in which children and their families can participate. Attendees then can make their way over to the city’s park, which will be packed full with games, contests, blow-up rides, food, water fights and more.

As the 137th annual Kinderfest, the festival is believed to be the oldest continuous heritage celebration in the state of Iowa.

After Kinderfest, the Party on the Bricks celebration will take place on Manning’s Main Street in a fenced-off part of the street’s 300 Block.

Party on the Bricks began as an annual festivity in 2015, and celebrated the 100th birthday of Manning’s Main Street bricks and the 101st birthday of the Milwaukee Railroad Trestle. Now, the event is used to recognize and appreciate historic businesses in Manning and to recognize Manning Main Street’s 2020 induction into the accredited Main Street America program.

Opening the Party on the Bricks concert at 6:30 p.m. will be Templeton-based rock and blues band Aged Spirits. Then, Manning native Brad Morgan, the event’s headliner and a singer and songwriter now based in Nashville, will perform. Both acts will play on a stage centered between Brickhouse Brews and Manning Insurance Agency. Food and drink will be available as well throughout the concert, with a beer stand and food truck set up at the opposite end of the block.

The weekend will offer plenty of food choices, according to a news release from Pam Kusel. Deardorff Highland Cattle will be on hand at the Hausbarn Friday night. In the city park Saturday, the Knights of Columbus will serve brats and burgers, the Legion Auxiliary will have homemade pies, and Hungry Spartan Pizzas will be available. On Main Street Saturday evening, the Barrel Smoke BBQ truck will be serving. Sunday morning, the Habitat for Humanity omelet breakfast begins at the VFW Hall at 8 a.m.

Ron Reischl, chairperson of the Party on the Bricks Committee, said the weekend of events will be a big draw for members of the local community looking for an opportunity to get together.

“I would say especially this year, after the challenging pandemic year, it’ll be a good opportunity to get out,” Reischl said. “Many members (of the community) will be ready to let down their hair.”