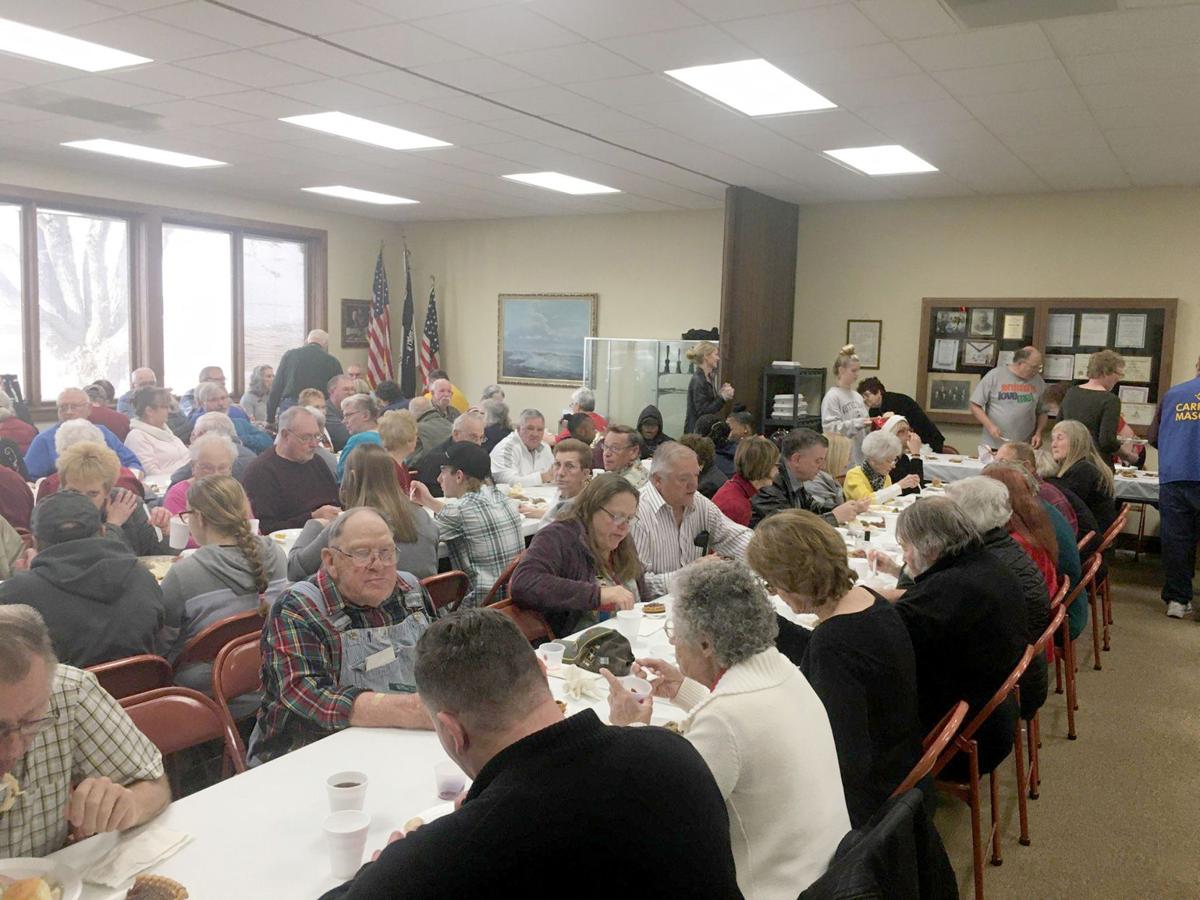 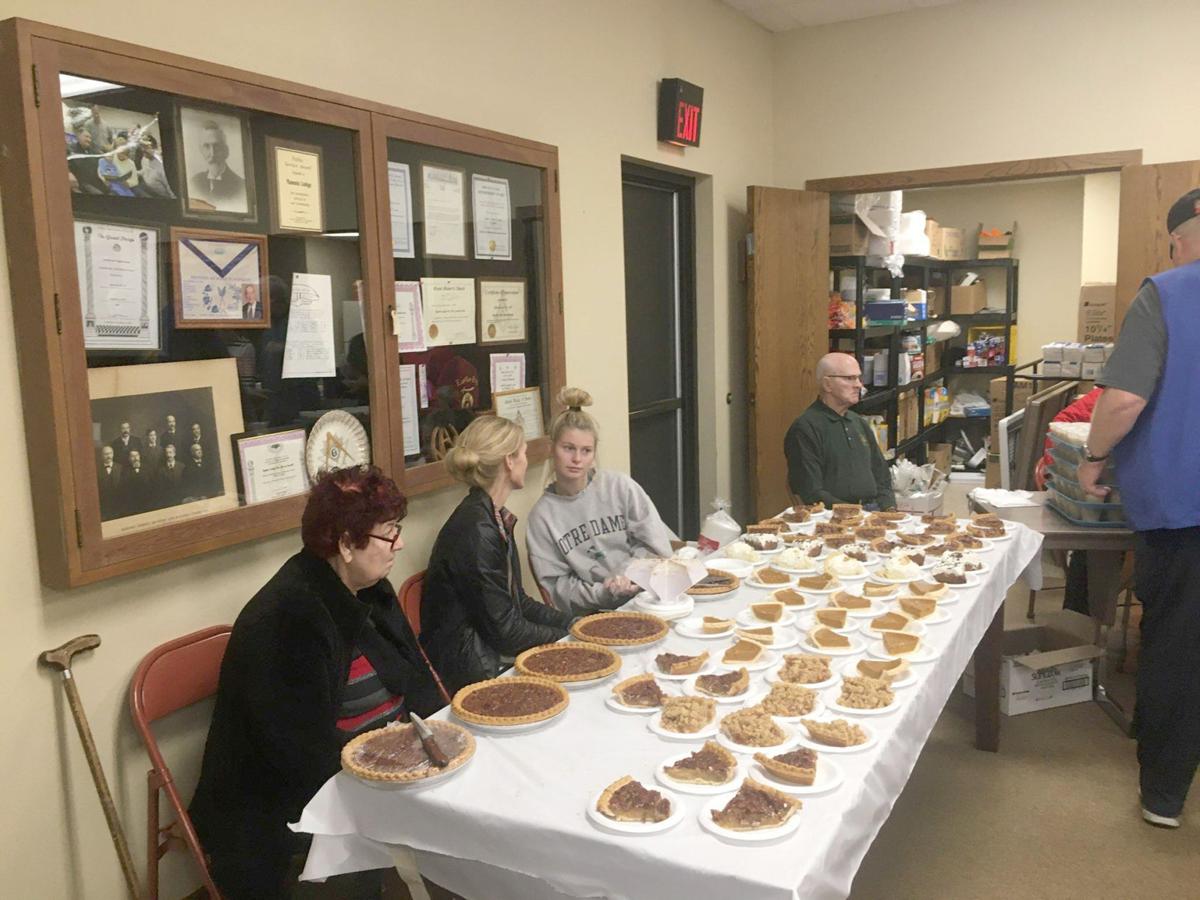 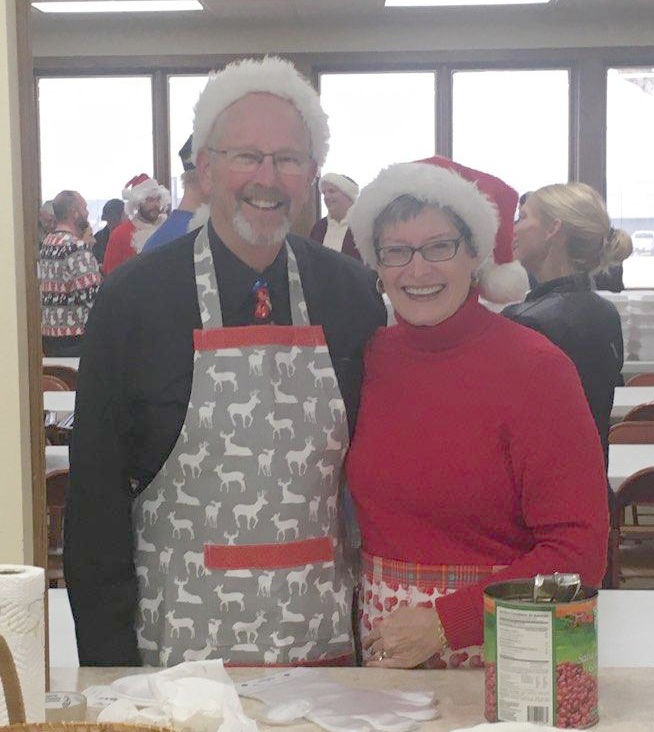 Everybody who attended the Carroll Masonic Lodge’s annual community Christmas Day dinner enjoyed a hearty meal, but participation was so big this year that the Masons were cutting it close.

“We didn’t run out, but there wasn’t much left,” said Terry Augustus, one of the Masons who assisted at the lodge that day.

But there were few leftovers because this year’s dinner served 350 or more people — approximately 180 at the lodge and 170 home deliveries.

Masons say this may be nearly the largest participation in the history of the dinner, which the lodge began offering nearly 25 years ago to make sure everybody in the community could have a good, home-cooked meal on the holiday.

Last year’s dinner served approximately 300, but Masons say the great weather this Christmas likely enabled more people to come to the lodge on U.S. 71 North in Carroll to enjoy the meal and a chance to visit with other participants.

“It’s a community service the Masons can do for people who would be home alone for Christmas,” said Joe Reed, senior warden of the lodge. “We offer them a good place to come sit and talk and have a good meal.”

Augustus, who’s president of the trustees and has helped at the dinner nearly every year since it started, said, “There were many, many compliments of not only the meal but also having a place for people to go that day. We don’t care if they stay an hour or two hours to have their meal and visit. That’s fine with us. It’s something where nobody has to sit home alone on Christmas Day.”

Augustus, who now lives in Ames but was a longtime Glidden resident, added, “It’s a good, fun day for the Masons. We love doing it, and we just want to help people and make sure they have a good time. And I think the people really did; I think they really enjoyed it. … It’s open to everybody. The thing is, don’t sit home alone. Come out, eat and visit.”

For Dennis Berg of Arcadia, it was a chance to have a good meal and enjoy fellowship a few days before his traditional family Christmas with his children and grandchildren.

He added, “That’s a good thing (the Masons) do for people like me who are by ourselves, since my wife passed away (Marilyn Berg passed away in 2016 at age 82). It’s nice to go out someplace with other people.”

He enjoyed the food selection, joking, “I always take a little bit of everything. I’m not that big an eater, but I eat often.”

Kobe Bryant: There are women who could play in NBA "right now"

And he even received a full, leftover pecan pie to take home.

While the Masons do the cooking and host the dinner, Reed and Augustus said, the event is a team effort that relies on dozens of volunteers from the community and the generosity of the local food stores and other businesses.

“The volunteers about do it all,” Augustus said. “We get the meal prepared, and they come in and we assign jobs to the people, then stand back and let them go to it. It’s really nice. It’s great collaboration of everybody in the community, and I think that’s what makes it so nice.”

The 70 or more volunteers who turned out this year packaged and delivered the takeout meals, served the meals and coffee at the lodge and helped with cleanup.

“A lot of volunteers said they look forward to this,” Reed said.

In addition, Fareway, Hy-Vee, Wal-Mart, Ecowater and Market on 30 donated all the food, water and dinnerware for the meal.

“Everything was supplied to us, and we provided the labor with the help of the community to get it done,” Reed said.