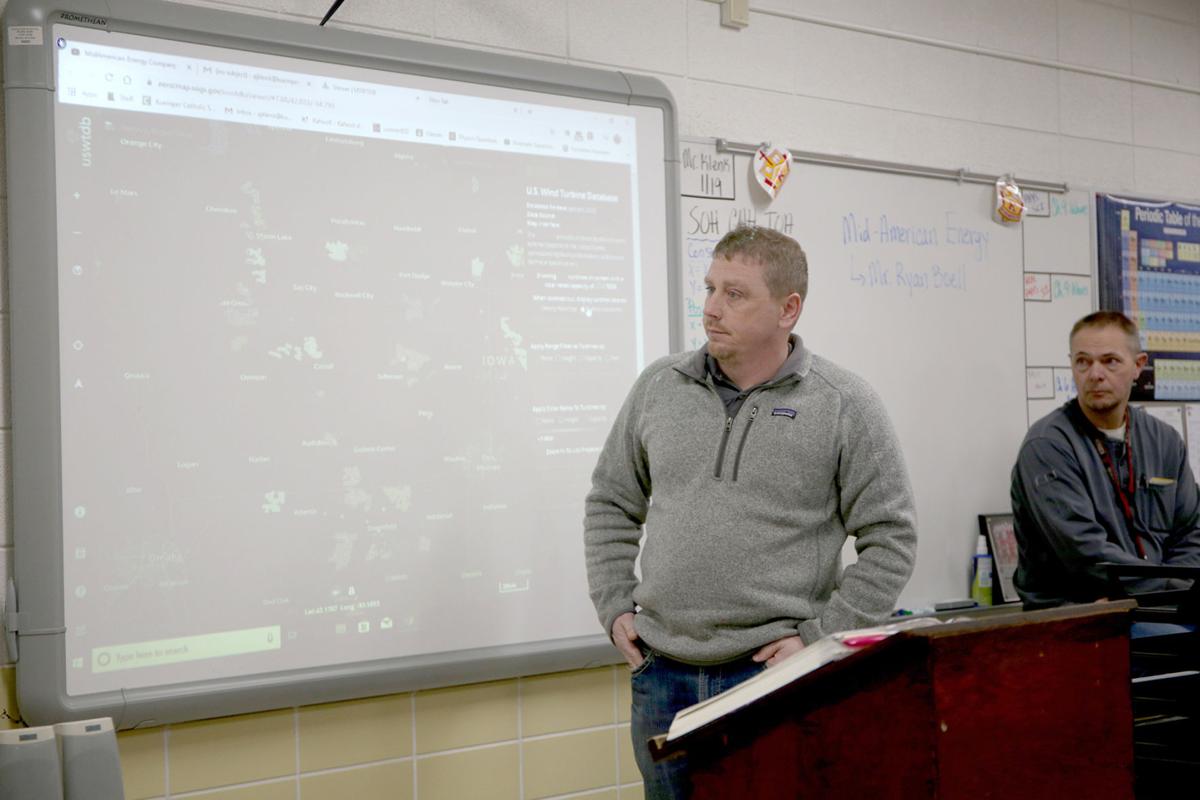 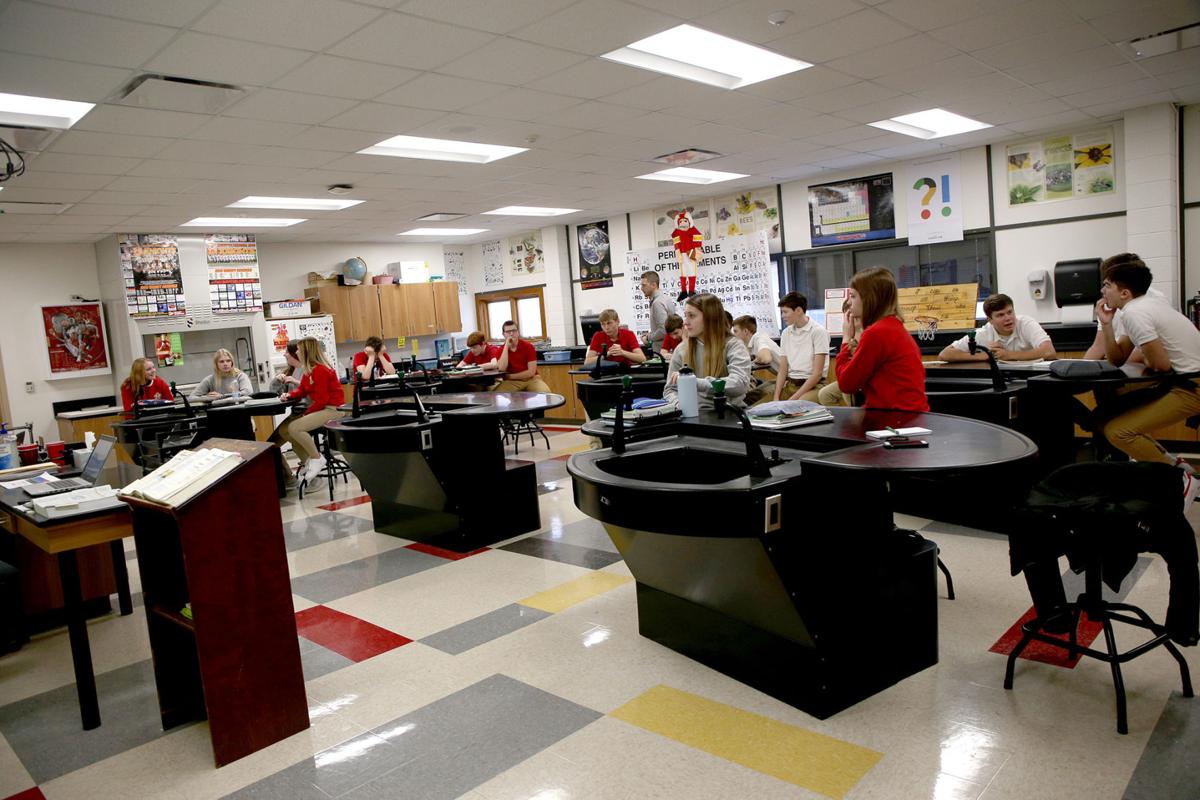 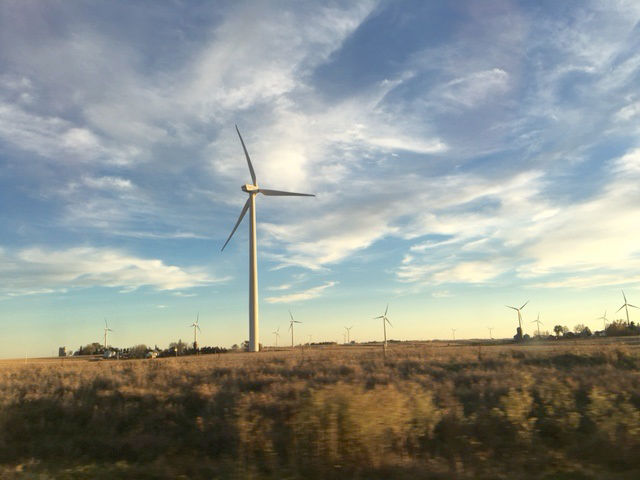 MidAmerican Energy Company expects wind energy to generate more than 100 percent of the power the company uses for the area this year. Additional power is sent elsewhere.

MidAmerican Energy Company expects wind energy to generate more than 100 percent of the power the company uses for the area this year. Additional power is sent elsewhere.

The towering turbines that dot Carroll County’s fields, turning lazily to harness the wind’s energy, have a back story — and far-reaching implications.

Kuemper Catholic Schools students learned those during a recent presentation from MidAmerican Energy Company on renewable energy and how it is created in Iowa.

Then Klenk brought in an expert to show them how the resources they’d just studied are taking shape in their backyards.

“Whenever you can have the real-world application for the kids, the more they see that, the better off they are down the road,” Klenk said.

Ryan Boell, a wind generation supervisor with MidAmerican Energy Company based in Carroll, spoke with students about the scores of wind turbines that create renewable energy around them.

MidAmerican Energy has been utilizing wind energy for more than 15 years.

“There’s not a whole lot of utility companies that are jumping as wholeheartedly into wind energy as we are,” Boell said.

The company surveyed its customers and found that 91 percent said they prefer utilities powered by renewable energy.

“A big part of what we’re doing depends on you guys,” Boell said.

Sanders unsure how much his programs will cost, but critics say a 100% tax wouldn’t cover them

Kayaking down a 134-foot waterfall

Back in 2004, when MidAmerican installed its first wind project, the company was using 27 percent renewable energy. That number was 79 percent in 2019 and is projected to be 103 percent in 2021 — meaning the renewable energy powers more than is needed in the area and can be sent elsewhere as needed.

“Wind’s a workhorse,” Boell said. “It’s such a reliable resource. For us, (wind) is a no-brainer; Iowa, if you’ve noticed, is pretty windy.”

Another bonus to using wind energy in Iowa: Creating it takes up less space than solar energy — a must in a state with high land values, he said.

Solar-power generation is more common in areas such as deserts, where it’s easier to spread out, Boell said.

“When they say solar farms, they’re not kidding around,” he said. “It’s like what we do with corn, they do with solar.”

MidAmerican paid an estimated $1.8 million in property taxes for its Carroll County turbine land holdings in 2019. The company has paid almost $12 million cumulatively through 2019 and expects to pay a total of $40.8 million through the life of the wind farms, according to information from MidAmerican.

Students discussing the presentation with Klenk after the fact said they’d learned new details about some aspects of wind farming — such as the fact that area farmers can plant their crops almost up to a turbine’s base.

And Boell said he was interested in offering the presentation — which originally had been created for investors — to students again in the future.

“He said being able to speak to tomorrow’s adults is a great way for them to push their initiative of having cleaner energy,” Klenk said. “I like to think we’re trying to move forward as far as STEM and our understanding of being able to apply things outside the classroom, and that’s one cool way to do it.”