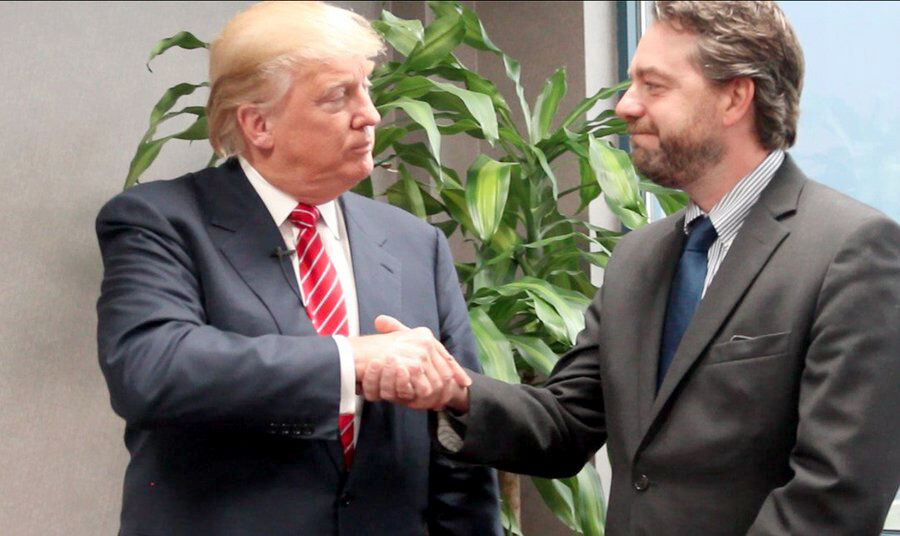 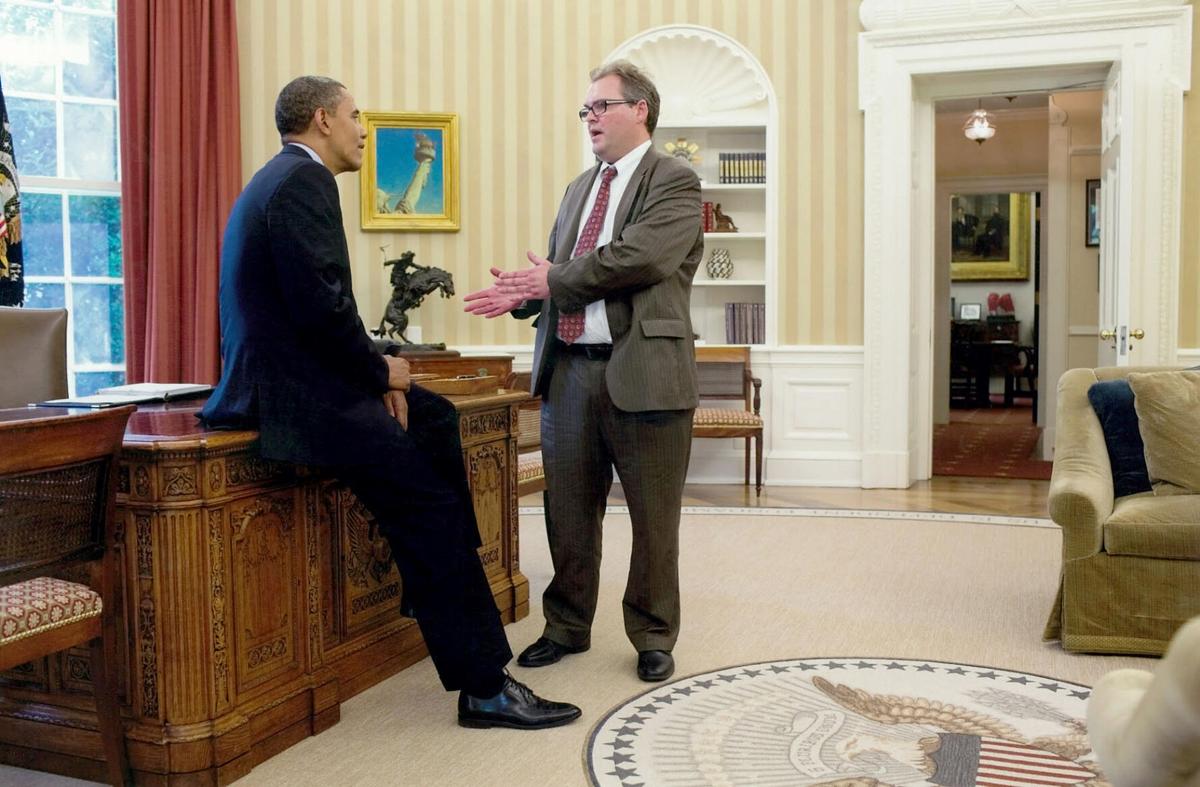 Keep Iowa First Co-Founder Douglas Burns speaks with President Obama in the Oval Office in the summer of 2012.

The initiative, called Keep Iowa First, will convene a bipartisan think tank to discuss ways to strengthen Iowa’s place as the first-in-the nation contest for the presidency as well as outreach in newspapers and on Roske’s TV program (broadcast on ABC5 in Des Moines).

Keep Iowa First has launched a website, KeepIowaFirst.org, that lists suggested caucus improvements and will feature video testimonials from politicians, activists, journalists and more on why they believe the presidential race should keep the Iowa Caucuses first in the nominating process.

“I believe the Iowa caucuses are one of America’s last examples of pure democracy,” Roske said. “The caucuses serve an invaluable role in our nation’s democratic process and are run by the people. As Iowans — and Americans — we simply can’t afford to sit by and let them disappear. What’s truly unfortunate about DNC Chair Tom Perez’s recent statement against the caucuses is that now you’ll have Iowa politicos who will be afraid to defend the caucuses out of fear of retribution by the DNC. I moved to Iowa from California six years ago specifically to participate in the Iowa Caucus process. I created the Emmy-nominated TV series ‘Roske on Politics’ to cover the caucus race, wrote and directed the feature film ‘Courting Des Moines’ about the caucuses and have run two separate Iowa presidential caucus campaigns. Some state is going to have to go first, and if an expensive state like California or New York takes the first-in-the nation spot, American democracy will suffer because several would-be candidates simply won’t be able to compete. The tabulating error that happened last time isn’t a strong enough reason to scrap the whole thing. The caucus events ran perfectly. It was the digital tabulating — which the DNC demanded — which failed. We need to simplify the process, have both the Republican and Democrat caucuses run by a bipartisan committee and operated with state funds to ensure transparency and accountability. This week, Sen. Ernst has come out in favor of the caucuses, and I encourage all Iowa politicos, candidates and elected officials to do the same. The last episode of my TV program before the 2016 election started with Iowa GOP Chairman Jeff Kaufmann and Iowa Democratic Chair Andy McGuire stating that ‘they disagree on many things but in regards to the Iowa Caucuses they are lock step’ in keeping them first. We need to continue this invaluable tradition for the sake of American democracy. I’ve been speaking with prominent Iowans about saving the caucuses and was hoping to have a member board assembled before announcing this initiative, but Perez’s efforts to kill the caucuses before his tenure ends must be answered and pushed back against.”

Below are proposed improvements to help the caucuses run more smoothly in 2024:

— Decrease the amount of precincts from 1,700-plus to 99, matching each Iowa county with a precinct, with each providing transportation and child care on caucus night.

— Work with election and cyber experts to determine the best method of executing and reporting the 2024 Iowa Caucuses years in advance of the contest.

— Keep Iowa First will act independently from the state political parties, creating a bipartisan coalition to harness goodwill and best practices from across the political spectrum.

— Use the Republican caucus process for the Democrat caucuses, utilizing simple paper ballots to ensure transparency and accountability.

“One of the last questions I asked President Barack Obama during an interview in his second term was this: Would he consider locating his presidential library and museum in Iowa? It’s not a silly or throwaway question, and the president answered it with great seriousness, because it is in our state, within our early-nominating vetting, that Barack Obama rapidly matured into the nominee, and eventually, the leader of the free world,” said Keep Iowa First Co-Chairman Douglas Burns, co-owner of the Carroll Times Herald and Jefferson Herald. “Iowans are suited for this work of sorting out the candidates in intimate settings, of plumbing beyond the talking points and digital ads and commercials. Out-of-state technology let Iowa and the nation down in the 2020 caucuses, not Iowans. That can be corrected and updated with a bipartisan state agency and commission and full-time experts manning the helm. Our state owes the nation such a commitment, and after 50 years of playing this central role, we deserve the opportunity to continue with an improved process. From Jimmy Carter to Pete Buttigieg to Rick Santorum and Mike Huckabee, voices have risen from relative obscurity to the national stage in Iowa. Because of a blend of our culture and history, this doesn’t happen anywhere else in the United States. Finally, as the nation is changing, so is Iowa. We are far more diverse than we were just years ago, and the trajectory on this is encouraging.”