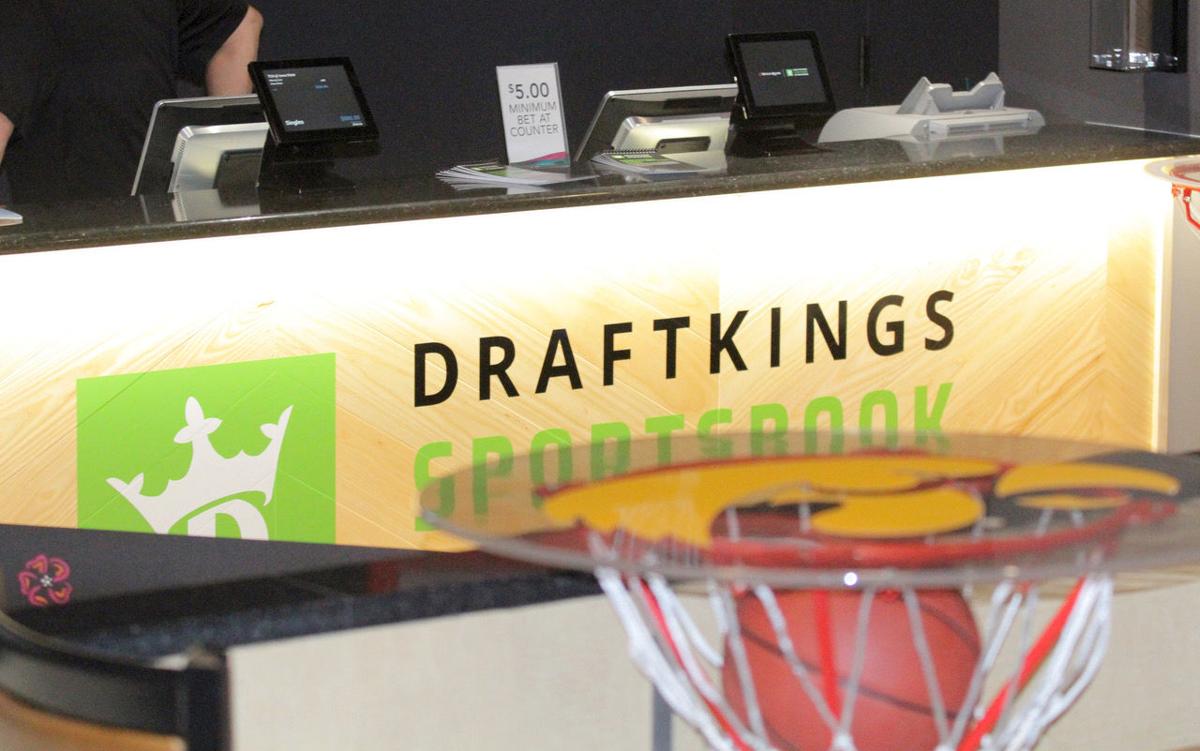 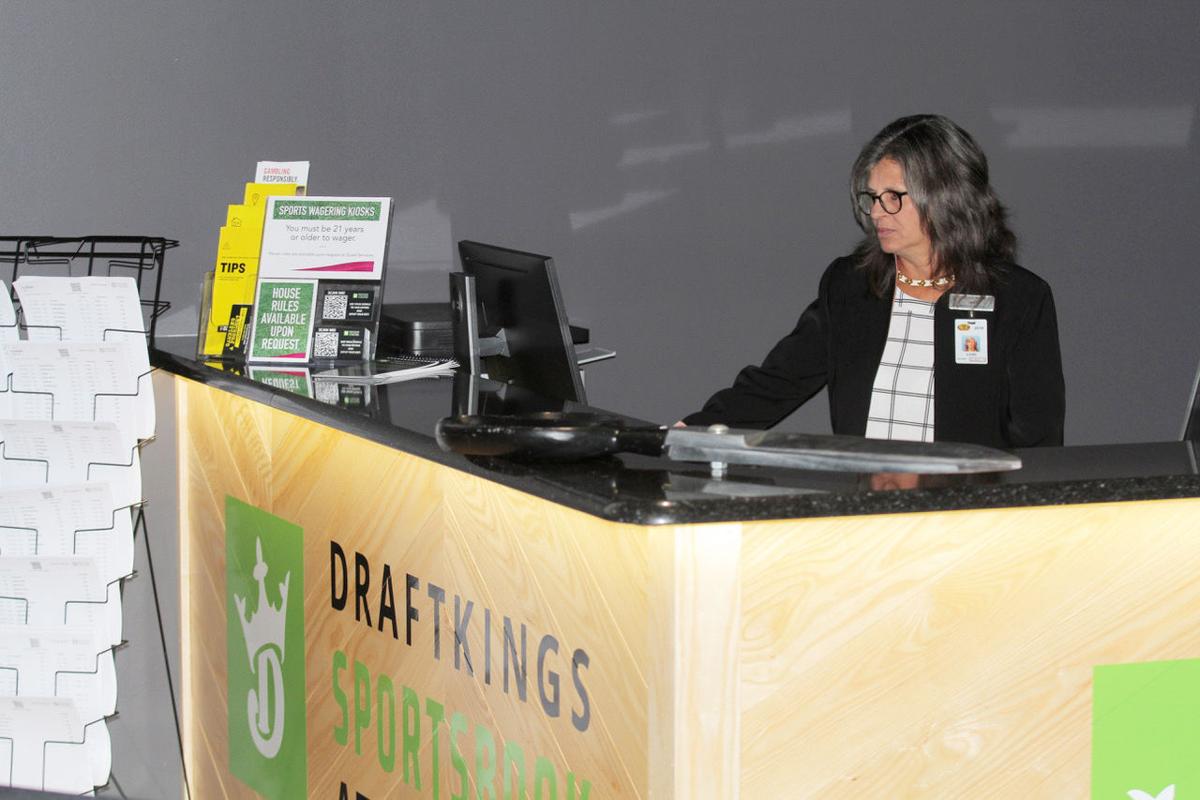 DraftKings Sportsbook has partnered with Wild Rose Casino to produce a sports betting app, expected to be live any day now. Seen here is an image of the Wild Rose Sportsbook on opening day back in October. 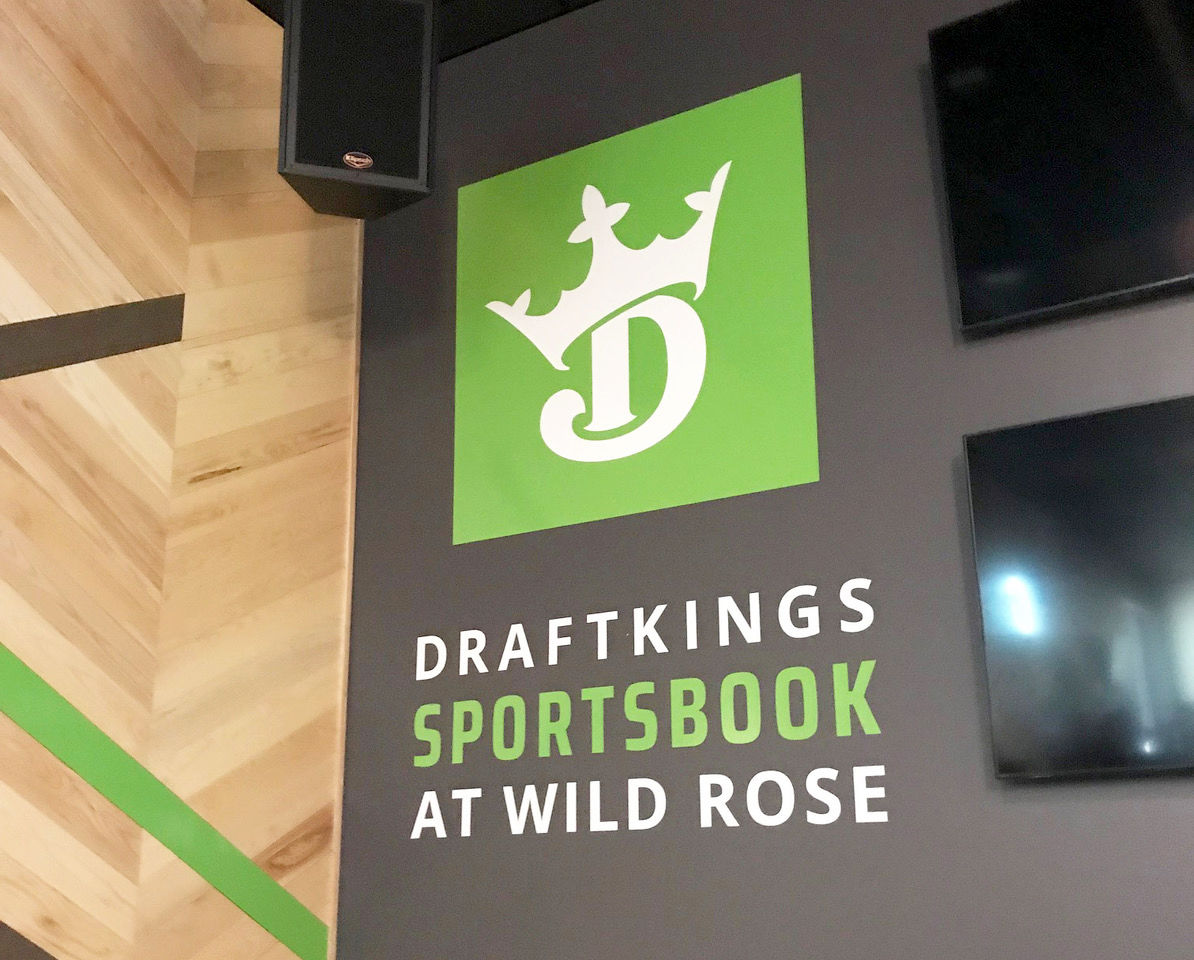 The DraftKings Sportsbook at Wild Rose Casino now has its own mobile app, which bettors can activate at the casino in Jefferson. The application is expected to go live any day now.

DraftKings Sportsbook has partnered with Wild Rose Casino to produce a sports betting app, expected to be live any day now. Seen here is an image of the Wild Rose Sportsbook on opening day back in October.

The DraftKings Sportsbook at Wild Rose Casino now has its own mobile app, which bettors can activate at the casino in Jefferson. The application is expected to go live any day now.

A local entity is close to giving XFL die-hards another reason to keep a close eye on the competition.

Forget the Iowa ties of coaches Jonathan Hayes and Chuck Long for a second — those +700 odds for the St. Louis BattleHawks to win the title on April 26 are looking a little enticing, aren’t they?

Any day now, placing a $10 futures bet on the XFL championship game will be as simple as making a few swipes on a smartphone, thanks to Wild Rose Casino’s embracing of sports gambling, which became legal last year in Iowa.

In partnership with Wild Rose, DraftKings is close to launching its long-awaited mobile and online sportsbook for residents of Iowa 21 and older, three months after the grand opening of Jefferson’s physical sportsbook, a DraftKings spokesman told the Times Herald this week.

Initially eyed for launch on Wednesday, the delay for Wild Rose’s entry into the online betting market has had little to do with legislative red tape, but with DraftKings’ ability to multitask.

“The (Iowa) state regulators are fantastic; we had no problem there,” said Matt Kalish, DraftKings co-founder. “Within DraftKings, we had a lot going on. We are in the pending process of going public, and we were in the middle of announcing a merger. Behind the scenes, we had a couple of things that were taking up our time, but we are really excited to be out (in Iowa) now.”

Prairie Meadows Casino in Altoona went live with its sports betting app with the opening of its sportsbook back on Aug. 15. The William Hill Sportsbook app, a long-standing entity out of London, England, was active the same day the physical sportsbook opened.

Prairie Meadows was the first of Iowa’s 19 casinos to establish a sports gambling partnership last January.

Wild Rose Jefferson took its first legal sports bet in October with the opening of a state-of-the art facility, complete with a live ticker scroll with spreads and moneylines.

Until the app goes live, bettors will still be required to place wagers in person at Wild Rose through cash-only wagers. But with the app, a bank account is all that’s needed to make — or lose — money online.

Though the mobile app wasn’t live for the year’s biggest event (the Super Bowl on Feb. 2), Kalish feels the technology will help sports fans adapt quickly to the upcoming spring slate.

“It would’ve been great to have caught the Super Bowl, but at the same time, we have March Madness right around the corner, and that’s one of the biggest events of the year for sports,” Kalish said.

The DraftKings mobile software dives even deeper than the typical point spread, Kalish said. It’ll offer bettors chances to put money on live lines — spreads that are updated as the game occurs. If the halftime score isn’t to the viewer’s liking, with a few swipes, a new bet can be made on the updated spread.

Residents will need to physically register at Wild Rose in order to bet within the DraftKings app until Jan. 1, 2021. But following registration, the bettor is free to use the mobile app as they desire.

The app removes the need to make a physical appearance for follow-up banks. As long as a prospective gambler is within the state of Iowa, any bet can conceivably be placed on any game, from the opening line to the first half point total down to who will score the most points.

“Really, the ease of use (is how it benefits gamblers),” Kalish said. “It’s always going to be there for you if you need it. The options are so broad across different sports. We have basically every sport you can think of. The bigger events will have 50 to 100 or more different proposition style bets. The depth of the offering on mobile is just so strong.”

Perhaps the best part of it all — and quite possibly the most dangerous — is that DraftKings allows 10-cent minimum bets on its mobile app.

Think Iowa will win the national championship in April? Go right ahead, place that dime on the Hawkeyes to capture the national title; it’s only at +6000.

“It really is a very accessible entry point,” Kalish said.

The app promises to arrive at a perfect time given the start of the Vince McMahon-backed XFL. Football remains king in the United States, and it has become the most heavily bet sport across most sportsbooks.

At its inception — debut games were held Feb. 8-9 — the XFL is one of the most visible leagues refusing to shy away from sports gambling. They’ve even chosen to include the Vegas lines on the score ticker during TV broadcasts, while the point total is permanently displayed on screen.

Additionally, the NFL and NBA have struck up partnerships with various sportsbooks across the country, representing how far sports gambling has come in the past year.

The mission, Kalish said, is to keep prospective gamblers locked into the sporting landscape each and everyday.

“We’re all in on access,” Kalish said of the XFL’s stance on gambling. “We’re really hopeful that it develops into a strong league. Hopefully we can lengthen the (football) season for people who love football. It doesn’t have to end for the Super Bowl; they can jump right into the XFL and use that as their outlet until the NFL starts up again.

“With sports betting, there’s a million options. If the XFL doesn’t work for somebody, we still have golf, tennis, NBA and college basketball. It’s just one more reason I think we could have a good shot at keeping fans engaged for the whole year.”