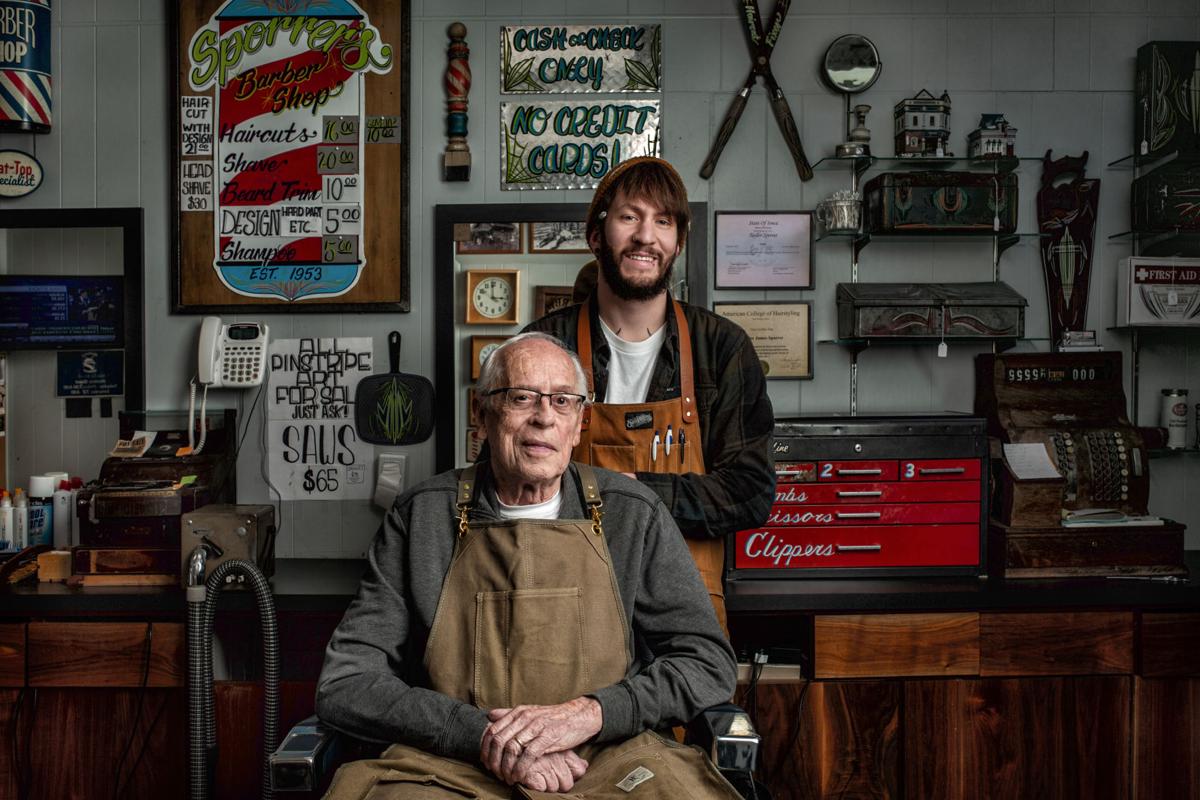 Duane Sporrer, 91 and his grandson Taylor Sporrer, 29, have a tradition of cutting each other’s hair inside the barbershop they own on West 4th Street in Carroll. 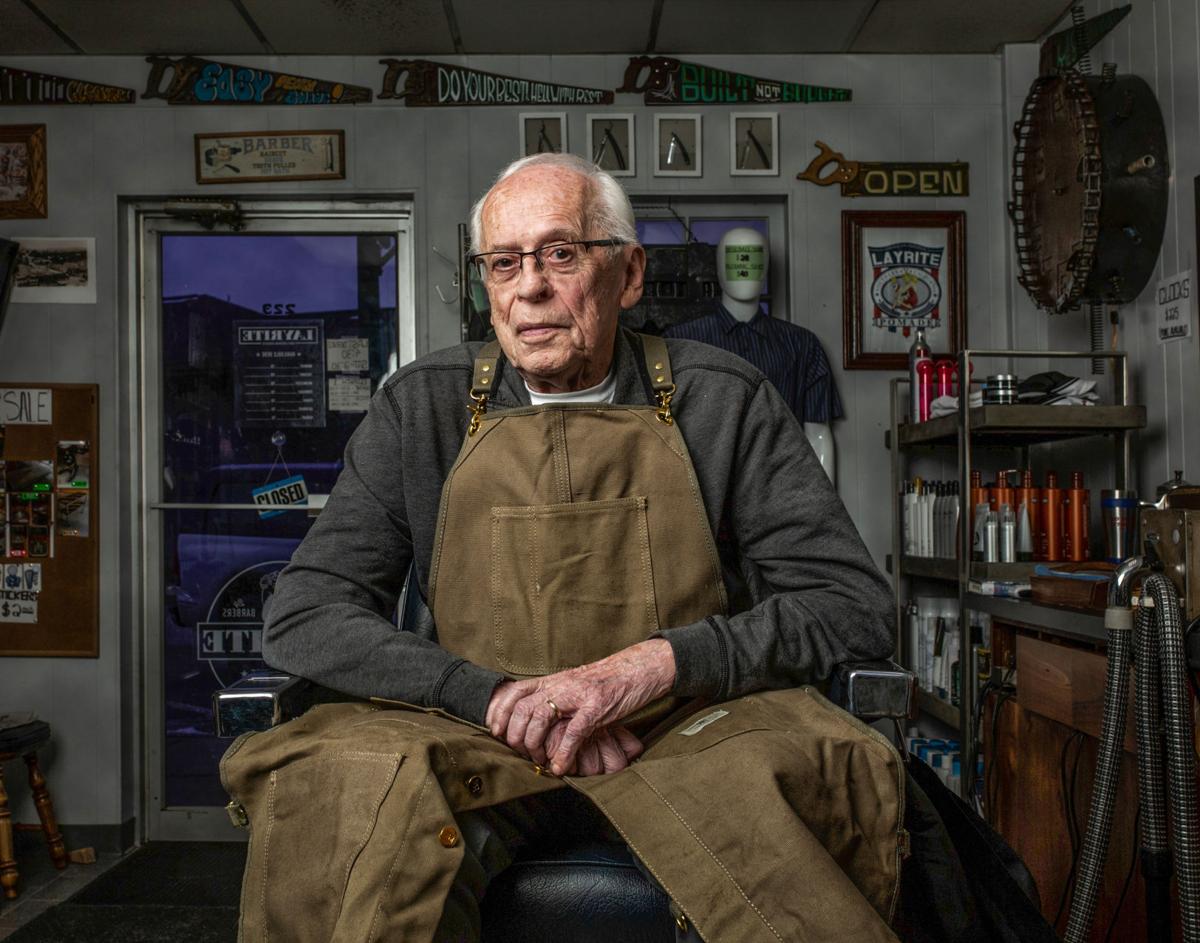 Duane Sporrer, 91, has owned Sporrer Barber and Beauty Shop on West 4th Street in Carroll since 1953. 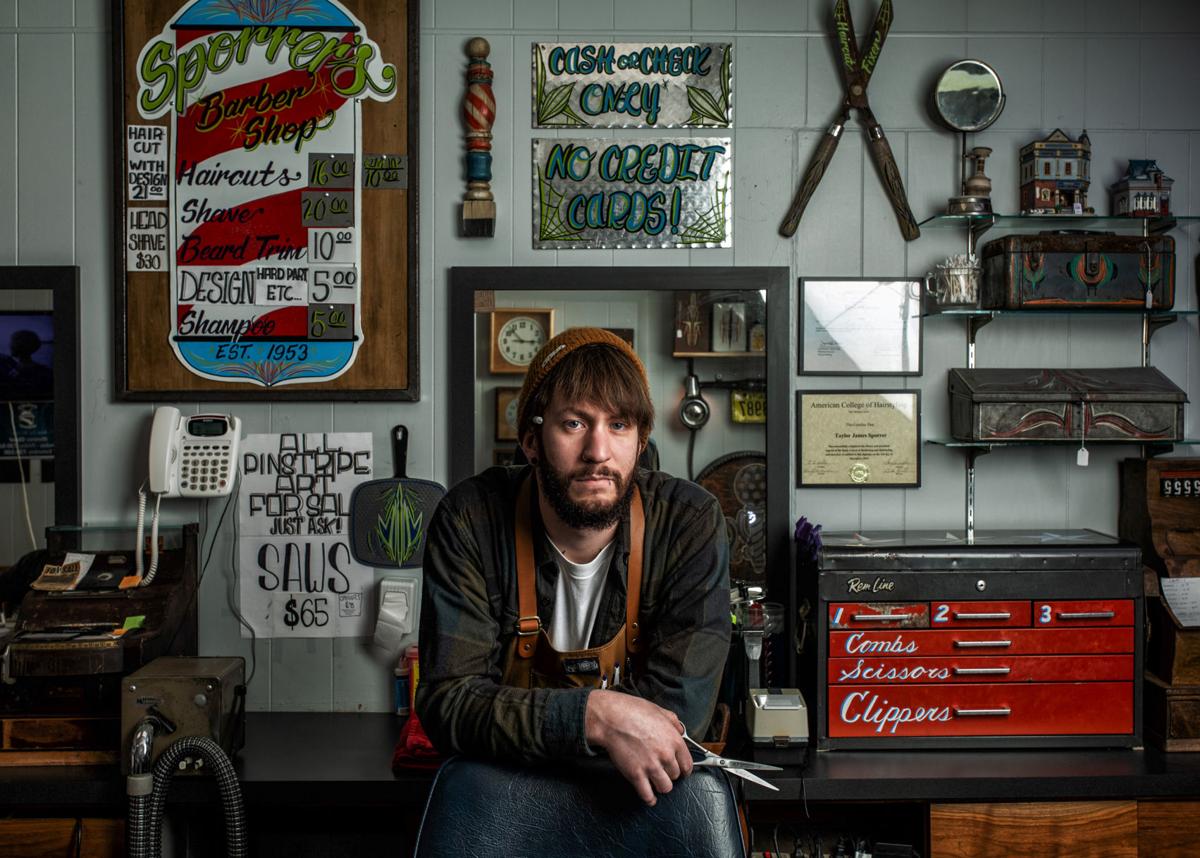 Taylor Sporrer, 29, sits inside the barbershop he runs with his grandpa Duane Sporrer on West 4th Street in Carroll. 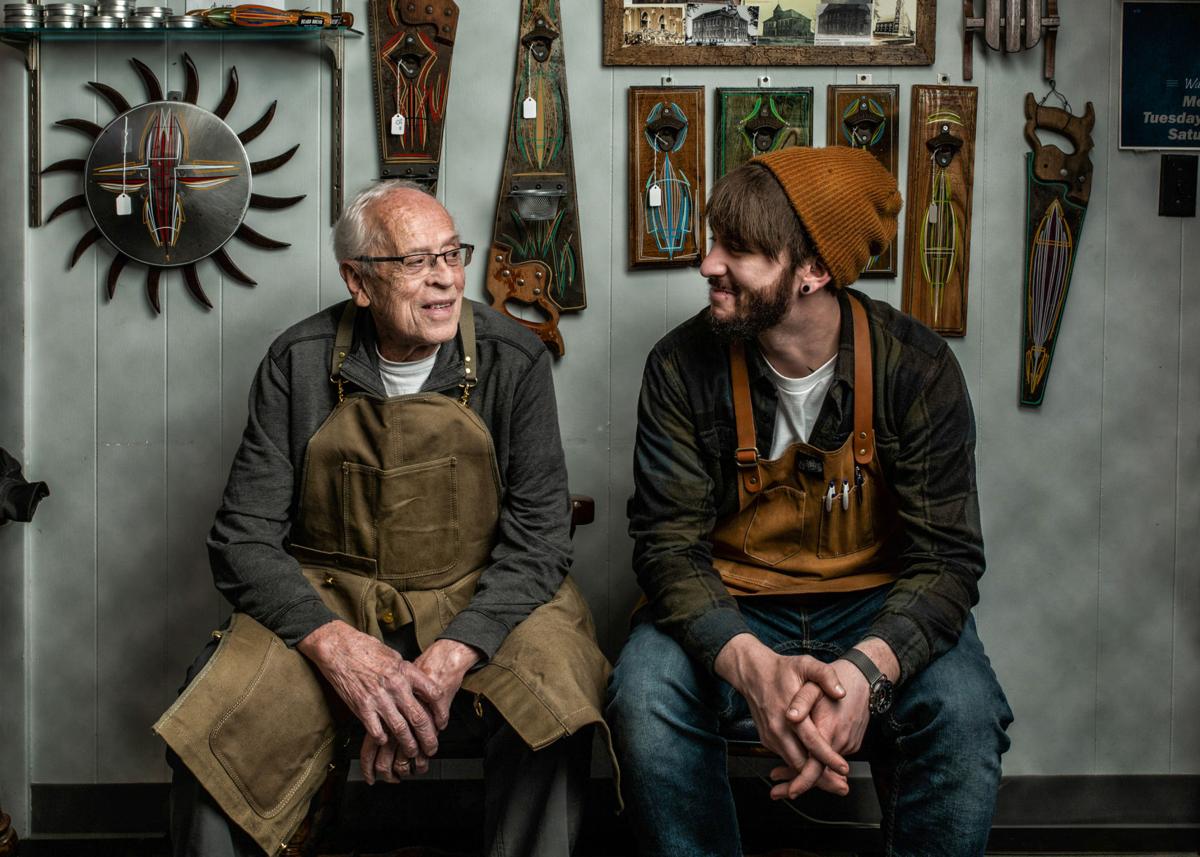 Duane Sporrer, 91, and his grandson Taylor Sporrer, 29, sit inside the barbershop they own on West 4th Street in Carroll.

Duane Sporrer, 91 and his grandson Taylor Sporrer, 29, have a tradition of cutting each other’s hair inside the barbershop they own on West 4th Street in Carroll.

Duane Sporrer, 91, has owned Sporrer Barber and Beauty Shop on West 4th Street in Carroll since 1953.

Taylor Sporrer, 29, sits inside the barbershop he runs with his grandpa Duane Sporrer on West 4th Street in Carroll.

Duane Sporrer, 91, and his grandson Taylor Sporrer, 29, sit inside the barbershop they own on West 4th Street in Carroll.

A long black cloak was draped around Taylor Sporrer as he lowered himself in a chair and his grandpa pushed his hair back and began to cut.

When he finished, Taylor hopped up from his seat and thanked his grandpa.

It was a tradition they had shared since Taylor could remember. But now, he was older, and things were different.

Taylor spun the chair around and offered his grandpa a seat.

It was his turn.

Since 1953, Duane Sporrer, 91, has been cutting, styling and personalizing his customers’ hair in downtown Carroll. After perfecting the trade through an apprenticeship in Bayard, Duane moved to Carroll, where he started his career and family with his wife Vera. Together they raised seven kids — all financially supported by Duane’s passion and hard work as a barber.

But over the years, the industry has seen many changes. At one time, Carroll had more than 20 barbers, Duane said. Now, there’s three left, and two of them are Duane and his grandson, Taylor.

“There’s been a terrific change in hairstyles nowadays,” Duane said. “The long hair trend helped the beauticians. I think we have enough beauticians. We need more barbers here.”

But what makes the Sporrer barbershop different? Their dedication to the trade, Taylor said.

“I think going to a barber shop, you get the time and quality,” Taylor said. “The time is very important and making sure everything is perfect.”

Both Duane and Taylor received their certifications from American College of Hairstyling Cuts in Des Moines. But unlike Duane, hairstyling was not Taylor’s first career plan.

“It was definitely not what I planned,” Taylor said. “Ten years ago, I thought I would be on the east or west coast.”

After Taylor, 29, finished school at Grandview College in Des Moines, he planned to move out to Colorado and pursue studies in industrial technology. But another thought was in the back of his mind: If he were to work with his grandpa, he could spend every day with one of the people he loved most, while living in his hometown. For Taylor, it all made sense, he said.

“It’s been nice,” Taylor said. “I have been able to meet all kinds of different people. Art has always been one of my true loves. I get to work with my hands still. I get to draw and do all of that still in my downtime here.”

When Taylor was growing up, his grandpa was a part of his everyday life. When he didn’t see him at the barbershop, they would spend time together working with their hands out in his grandpa’s shop. Duane was the muse that fueled his love for art, Taylor said.

Taylor now has been working with his grandpa for five years at Sporrer Barber and Beauty Shop on West 4th Street in Carroll.

Together, they bring an interesting mix to the business. Duane still has his long-time, loyal customers, and Taylor created an online presence for the business. Now customers can book appointments online, and they also started marketing store merchandise online.

“Grandpa is more traditional, and I am doing more of the online booking and merchandise,” Taylor said. “I also bring a new generation in. That’s another thing you learn, is loyalty and faithfulness.”

Trump berates quality of toilets and appliances at rally

In the future, Taylor would like to own a shop somewhere downtown. Right now, they rent the building they use, but one day, he wants to have the ability and freedom to make it entirely his own, he said.

But for now, Taylor enjoys fixing up and redesigning the shop they share. He isn’t going anywhere, nor is their business.

“Small-town barbershops are kind of dying out,” he said. “I want to keep it alive, for Grandpa, and because I don’t want to lose it.”

Over the years, Taylor has learned more about the business side of running a barbershop. His grandpa has also taught him to value his trade. It’s more than just a job, it’s their livelihood.

Since they began working together, Duane said it’s been going well. They’ve never had an argument, he chuckled.

“We got along real good all these years,” Duane said. “When he was just a little guy, he would come sit in this chair.”

As long as he can remember, Taylor has never paid for a haircut — and to this day, that remains true.

After finishing his grandpa’s cut, Taylor turned him around to smile down at him. Now, his grandpa didn’t have to find someone to cut his hair, either — he was there to help.