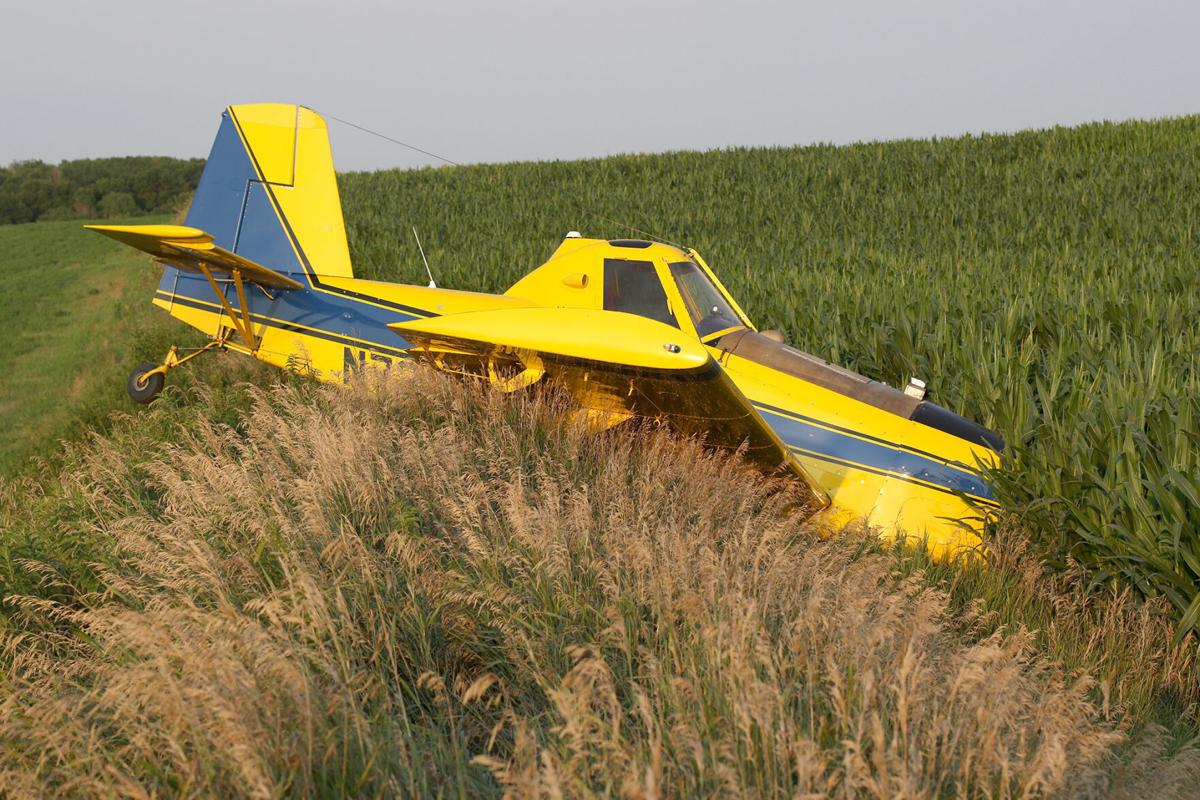 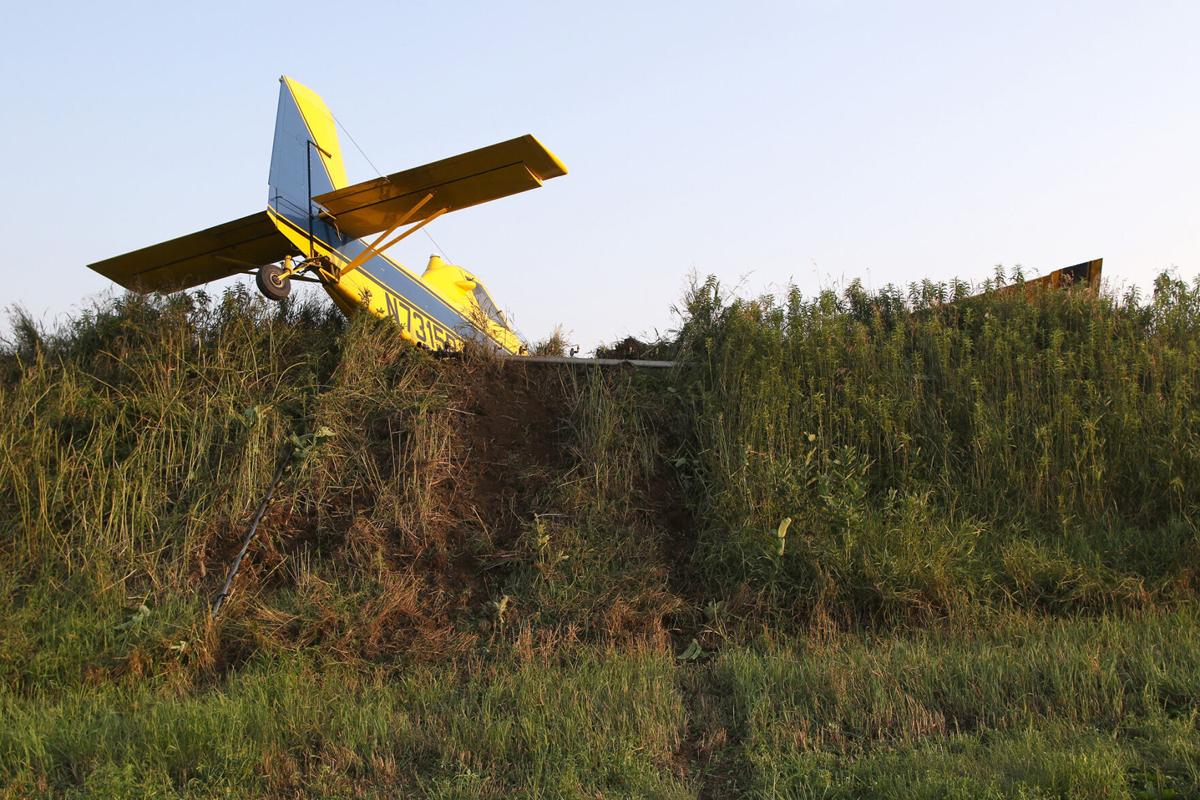 A small plane used to spray crops suffered an apparent engine failure just south of Carroll and crashed into a field terrace about 5 p.m. Tuesday, according to Sheriff Ken Pingrey.

The pilot, Lauren Greenhoff, 50, of Dell Rapids, South Dakota, was not injured in the crash, which happened near the intersection of Mahogany Avenue and 220th Street, near Swan Lake State Park.

Greenhoff was applying insecticide on crop fields with an Air Tractor AT-401 when the engine failed. Greenhoff jettisoned the insecticide the plane was carrying before an emergency landing, Pingrey said. The plane struck a terrace and stopped.

About 16 gallons of insecticide fell to the ground in the vicinity of a nearby residence, which killed an unspecified amount of fish in a private pond, said Claire Asberry, an environmental specialist for the Iowa Department of Natural Resources. Residents are advised to avoid walking in the area of the crash until an investigation and cleanup concludes.