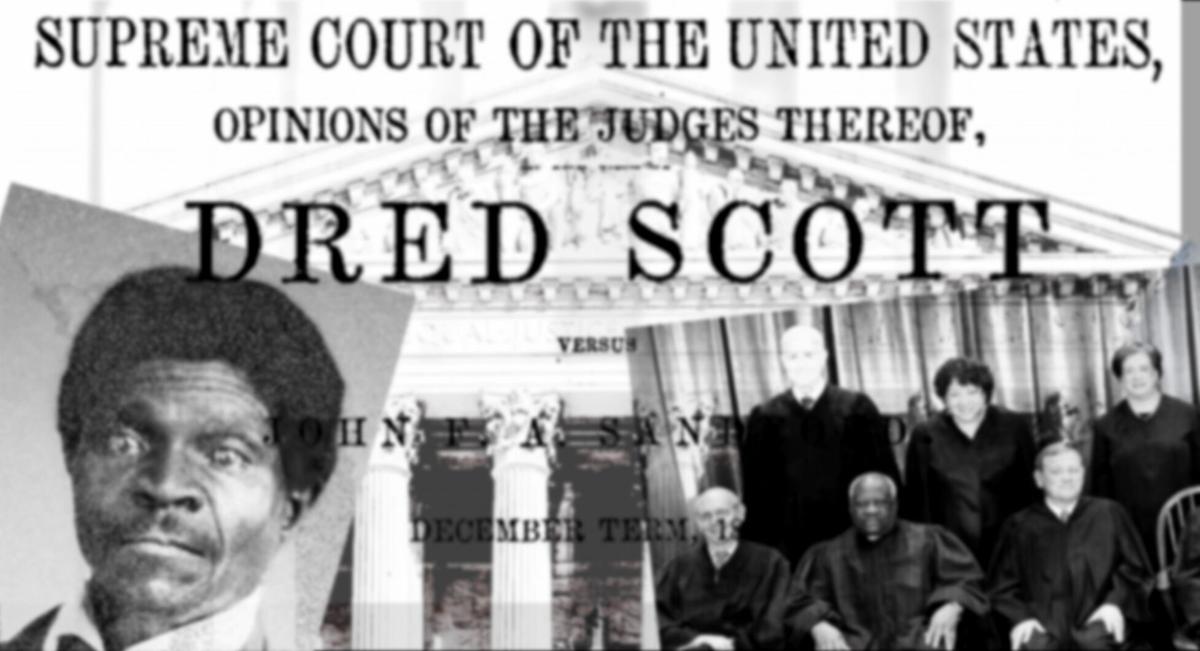 Amy Comey Barrett, President Trump’s new nominee to the Supreme Court and an Indianan, will be the first Midwesterner on the Court in decades. But though Comey Barrett adds regional balance, she also adds to the High Court’s ideological imbalance, as the sixth conservative our of nine justices.

With Comey Barrett on board, the new majority will revisit hot-button issues like abortion, the Second Amendment, climate change, health care and racial justice. They have a chance to issue sweeping decisions and overturn previous decisions.

What happens when a court with a supermajority issues sweeping decisions?

Dred Scott might be described more accurately as the Midwest slavery case — a case that proved to be one of the major causes of the Civil War.

Dred Scott was an enslaved African American from Missouri — the only Midwestern state that allowed slavery.

In 1834, Scott was moved from Missouri to Fort Armstrong, Illinois, an army outpost located in what today is the Quad Cities. At the time, Illinois had a slavery ban under state law.

In 1836, Scott moved again to Fort Snelling in what today is Minneapolis. (The Fort today is a historical site, just miles from where George Floyd was killed.) When Dred Scott lived there, Minnesota, like Iowa, was still a Midwestern territory and subject to the region’s slavery ban.

Back in Missouri, Scott filed a court action, claiming his years in Illinois and Minnesota made him a free man. The jury agreed — and he was set free.

Not so fast, the Supreme Court said.

The Court reversed the decision, ruling that Dred Scott was still a slave, despite his years in the free Midwest.

A 6-3 conservative majority drove the case — five southerners and a judge married to a slave owner. Emboldened by their supermajority, the Court went beyond the specifics of Dred Scott’s case, and issued a sweeping decision that declared African Americans could never be American citizens (though thousands were), and could never claim the Constitution’s protections. African Americans, the Court wrote, “had no rights which the white man was bound to respect.” As shocking, the Court ruled African Americans “might justly and lawfully be reduced to slavery for [their] benefit.”

The 6-3 majority was worried that the fact all six were southerners or married into southern families would look bad. So at the last minute, President James Buchanan twisted the arm of a reluctant northern justice, enabling the southerners to mask their 6-3 majority with seventh vote.

The case became a rallying cry for slavery opponents — including a Republican up-and-comer named Abraham Lincoln. Today, historians uniformly cite the case as one of the many events that helped spark the Civil War.

So what does Dred Scott have to do with the coming 6-3 Supreme Court?

Simple: the case is a clear cautionary tale for how a 6-3 court’s supermajority may tempt it to issue overreaching decisions and risk dangerously inflaming divisions in American society.

The new 6-3 majority will of course issue conservative opinions. The question is, on race, abortion, the Second Amendment, climate change, health care, race and other hot-button issues, will they issue sweeping ideological decisions like Dred Scott v. Sanford? Or will they issue decisions more reflective of incremental change and consensus-building?

Roberts grew up as a teenager in Indiana, and he has a decidedly Midwestern demeanor — which may explain why Roberts often gas gravitated to middle-of-the-road, incremental decisions.

So here’s hoping Comey Barrett, and Roberts, recast the Court not as conservative — but Midwestern.

Dan Manatt is a documentary filmmaker and co-manager of his family’s Audubon County farms. His column Iowa Legacy will appear regularly in the Carroll Times Herald and Jefferson Herald.

And, in complementary manner, if the Roberts Court with Coney Barrett does prefer any fundamental, sweeping decisions, let them get the right result. Every Iowa lawyer and many other Iowans as well feel pride at In re Ralph (1839), the result and analysis of which became contradicted in Dred Scott. See, e.g., https://www.albanylawreview.org/Articles/Vol76_4/76.4.1991%20Cady.pdf; https://icrc.iowa.gov/sites/default/files/publications/2016/Civil%20Rights%20Toolkit%20updated.pdf. This sense has not disappeared. See Varnum v. Brien (2009), at https://www.lambdalegal.org/sites/default/files/legal-docs/downloads./varnum_ia_20090403_decision-ia-supreme-court.pdf. Good luck with the Roberts Court.