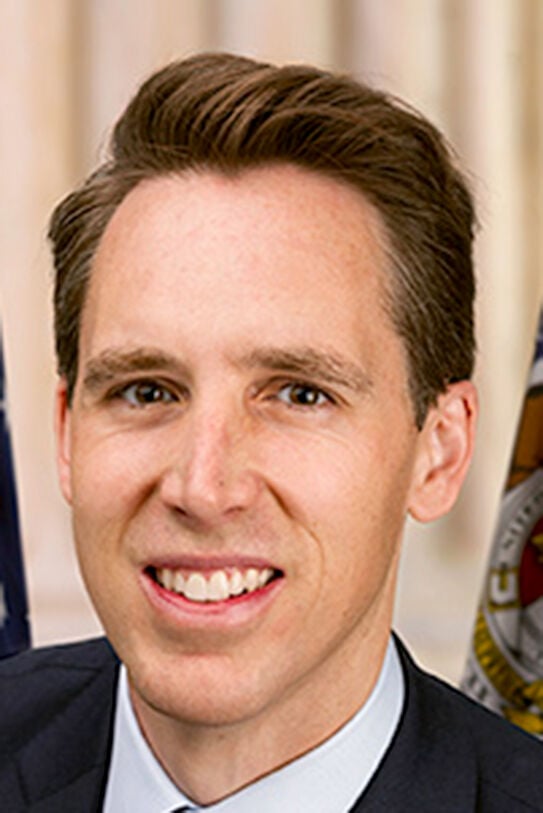 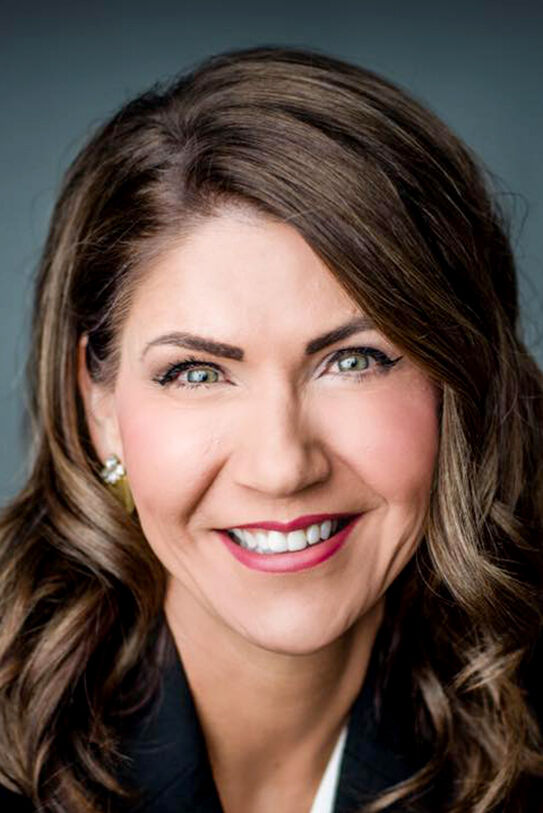 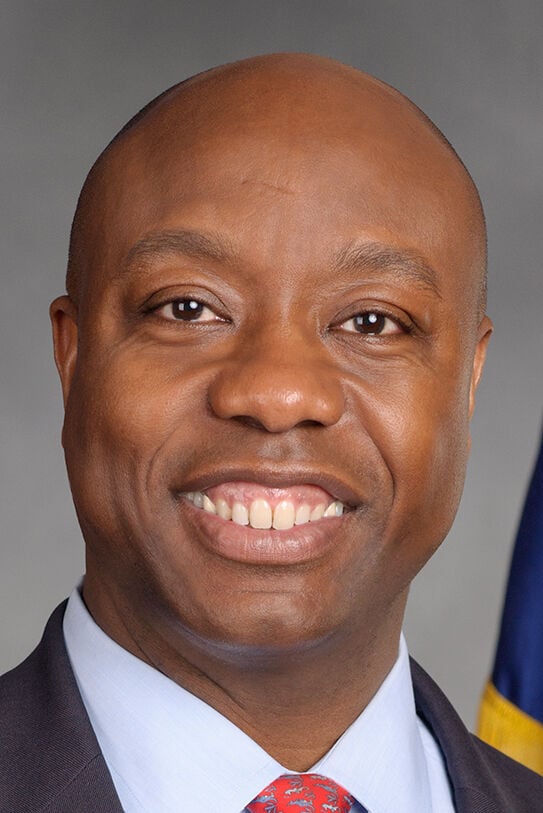 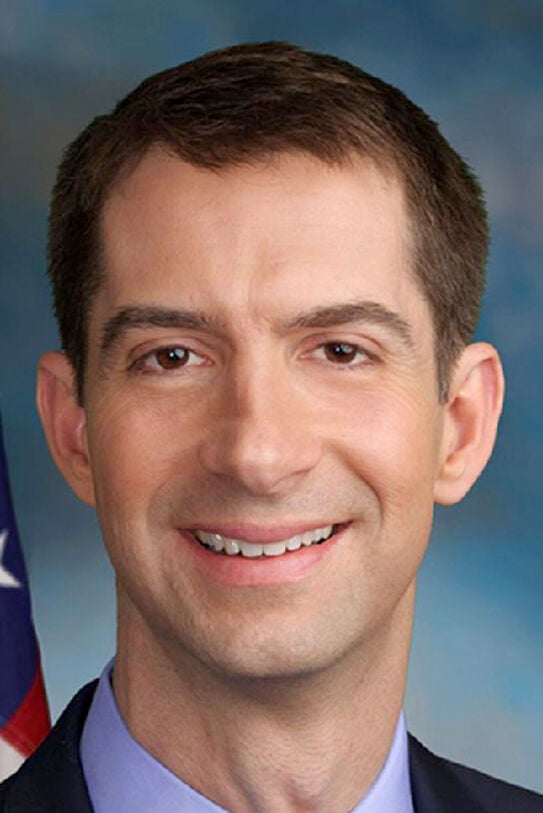 U.S. Sen. Tom Cotton, a Harvard-educated Arkansan, campaigned in Carroll and elsewhere in Iowa for Sen. Joni Ernst. But was he really, really here for Ernst? Well, yes, but his other motives were fairly clear.

Cotton, a stalwart supporter of President Trump, is widely regarded in political circles as a likely Republican candidate for the presidency in 2024. He said Iowa should retain its first-in-the-nation status for the presidential nominating process.

“I think it’s a great tradition,” Cotton said in an interview with this newspaper. “Iowans have proven themselves time and again to have very discerning judgment in our presidential primaries and caucuses, and I see no reason why we would change that.”

Craig Williams, chairman of the Carroll County GOP, said he sees Cotton as being a strong White House candidate in the future.

“2024 really isn’t that far away, so I’m not surprised we already are starting to see some potential candidates coming around,” Williams said. “Having somebody the caliber of Senator Cotton here in Carroll is a privilege, actually. He’s very articulate, very well spoken and a very intelligent guy.”

Iowa will retain its first-in-the-nation presidential testing ground status where Republicans are concerned. And I think we will preserve our prized pecking-order spot on the other side of the aisle. Much as some in the Democrat Party complain about Iowa going first, they have to agree on who would replace us before they replace us. Until that happens, and I submit it won’t, we are the inaugural state.

Here is my early ranking of potential Republican candidates for president in terms of how they stand in the Iowa Caucuses:

1. Missouri U.S. Sen. Josh Hawley is the youngest member of the U.S. Senate at age 40. He stood out during the Amy Coney Barrett hearings. He is from a neighboring state. His credentials on the basics are rock solid for Republicans, but he has a big lane here: Iowa’s small-town retail centers are being decimated at the hands of big tech, and there is no more fierce critic of the Silicon Valley Goliaths than Hawley.

“Big Tech’s manipulative advertising regime comes with a massive hidden price tag for consumers while providing almost no return to anyone but themselves,” Hawley said this summer. “From privacy violations to harming children to suppression of speech, the ramifications are very real.”

Think social media is turning the culture into a fever swamp and swallowing much of rural Iowa? Hawley has the record and rhetoric to give such sentiment a voice in Iowa, and a big one.

He is a fascinating thinker and writer.

Hawley is the Republican I am most closely watching, and would be my early prediction as the winner of the Iowa Caucuses. If offered an interview with anyone on the list, I’d select Hawley.

He’s even written a book: “Theodore Roosevelt: Preacher of Righteousness.”

2. South Dakota Gov. Kristi Noem. The 48-year-old has headlined events in Iowa, including one recently in Pottawattamie County. Hailing from a small state, she has 274,000 Twitter followers and is adept at social media. She is something of a happy warrior on socially conservative issues. Additionally, she fits a mold Iowa Republicans have embraced in the last decade with Gov. Kim Reynolds and Ernst. Party affiliation aside, Noem does a better job than almost any governor I’ve seen in promoting her state online and in TV ads.

“There’s no place in America like South Dakota,” she says in one. “We’d love to have you join us. Come grow your company; live your life; achieve your dreams. We can make it happen for you right now, because South Dakota means business.”

3. U.S. Sen. Tim Scott of South Carolina. Scott is charismatic, has shown interest in a run, and could be positioned to pivot the GOP brand toward more inclusivity. He’s also worked hard to boost his colleagues on the campaign trail, and that still counts.

4. Cotton. He is one of the party’s leading lights, to be sure. I watched him navigate agriculture issues nimbly during some crowd work in Carroll. His military background adds to a strong resume.

5. Donald Trump Jr. This list would be incomplete without a Trump on it. He mixed it up with the media and other Trump targets with instinctive aplomb.

6. Vice President Mike Pence. He’s from Indiana and surely earned loyalty from the hard-core Trump base. But without Trump, Pence is within the bounds of what had been traditional 1990s conservative Republican politics, and the party will seek to move forward, not back, for survival. That means youth and social media bona fides and a more intellectually curious and adventurous approach, which is not ol’ Mike.

7. Ambassador Nikki Haley. The former South Carolina governor and ambassador to the United Nations has the background to be in the mix. I know one top Iowa Republican staffer who desperately wants to work for a Haley presidential run here.

8. Ernst. Iowa is first. She is popular among Hawkeye State Republicans. She could win the Iowa Caucuses. Beyond that?

9. Nebraska U.S. Sen. Ben Sasse. Let’s add another neighboring state. He brings forceful ideas on foreign policy and would the turn the page to a new brand of Republicanism, but his betrayal of Trump late on the election makes this a hard sell. Sasse gave a defining speech at Iowa State University a few years ago.

10. Maryland Gov. Larry Hogan. A Republican with a high approval rating in a blue state. In a caucus field with many conservatives and a crowded Trump lane, Hogan could cut a path of pragmatism. It is hard to see that appeal in rural Iowa, but it may work in the suburbs and some of Iowa’s larger cities, and that could be enough, depending on the roster before Iowa Republicans.

See all of our coronavirus coverage here.

1, 2, 3, STRETCH!: It's a one, two, three — stretch and bounce — for the approximately 50 members of the two Slimnastics classes, which meet every Thursday evening at the Carroll High School women's gym. Instructor Mrs. Richard Watson (in leotard) demonstrates the slimming stretch exercises …

Sorry, there are no recent results for popular commented articles.