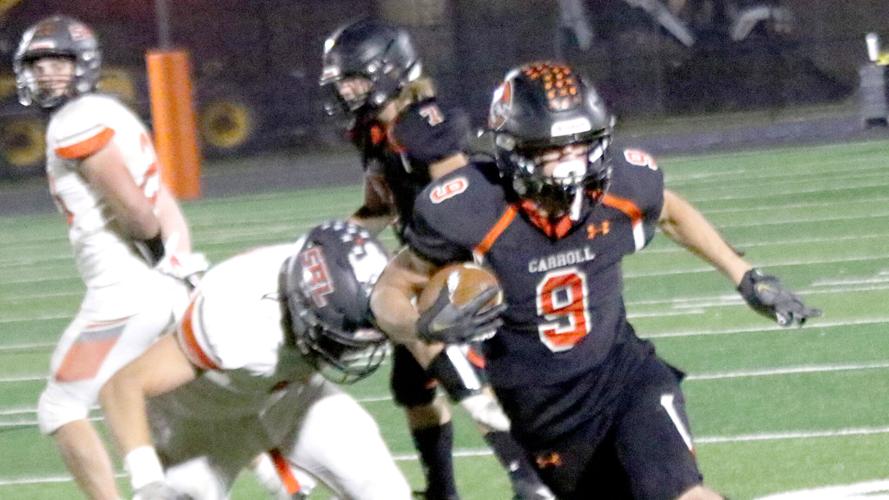 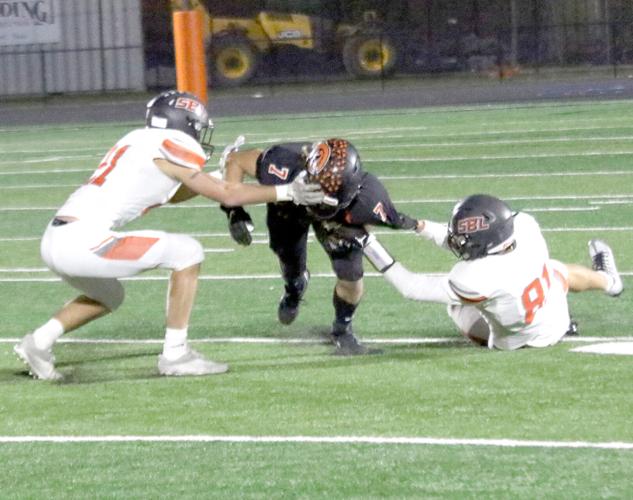 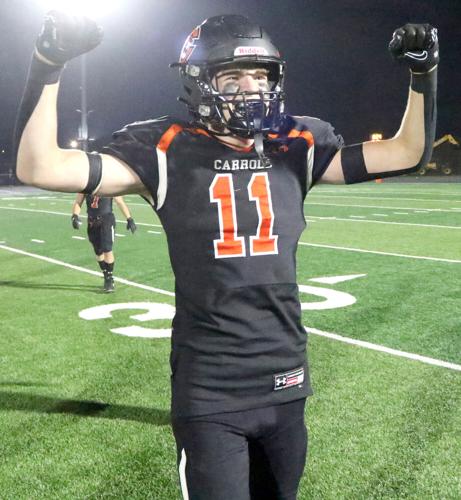 Every team wants to end their season with a win, and although the win Carroll High got on Friday night didn’t get them into the playoffs, they were still able to end the season on a high note.

Friday night the Carroll football team was able to battle their way to a 24-19 win over Sergeant Bluff-Luton.

The win for the Tigers was able to close the season for Carroll with a 5-4 overall record, and they were able to celebrate a come-from-behind victory over the Warriors.

Carroll had been able to gain the lead at halftime 10-6 over the Warriors, but Sergeant Bluff Luton took a 12-10 lead with a score in the third.

The Tigers seemed to surge from the hometiown crowd in the final game of the season as the Tigers embarked in a 97-yard drive that carried the Tigers down the field.

The Warriors struggled to contain the running attack as the Tigers moved the ball in chunks, especially on the 97-yard drive.

Capping off the drive was Reece Ziegmann who used his speed to power through the line and score off a two yard run.

That allowed the Tigers to take a 17-12 advantage.

Later in the fourth quarter the Tigers were able to score again. This time Jack White was able to extend the Tigers advantage when he scored off a one yard quarterback sneak.

Early in the game Carroll had fallen behind 6-0 to the Warriors. but Trey Hunter was able to make a pair of plays to give the Tigers a lead.

First he was able to intercept a Sergeant Bluff-Luton pass. Later he caught a 27-yard touchdown pass which put Carroll up 10-6 at halftime.

Jack White completed three of eight passes for 65 yards and a touchdown.

Trey Hunter caught two passes for 35 yards and a touchdown. Reece Ziegmann had one catch of 30 yards.

The Tigers finished with 221 yards rushing. They were led by Ziegmann had 125 yards rushing with a touchdown.

White had 57 yards rushing off eight carries and a touchdown. Cooper Ludwig had eight rushes for 18 yards. Taidyn Peterson had four rushes for 26 yards.

Kieran Polking, a freshman for the Tigers kicked a 24-yard field goal in the first half and was a perfect 3-3 in point after touchdown attempts.