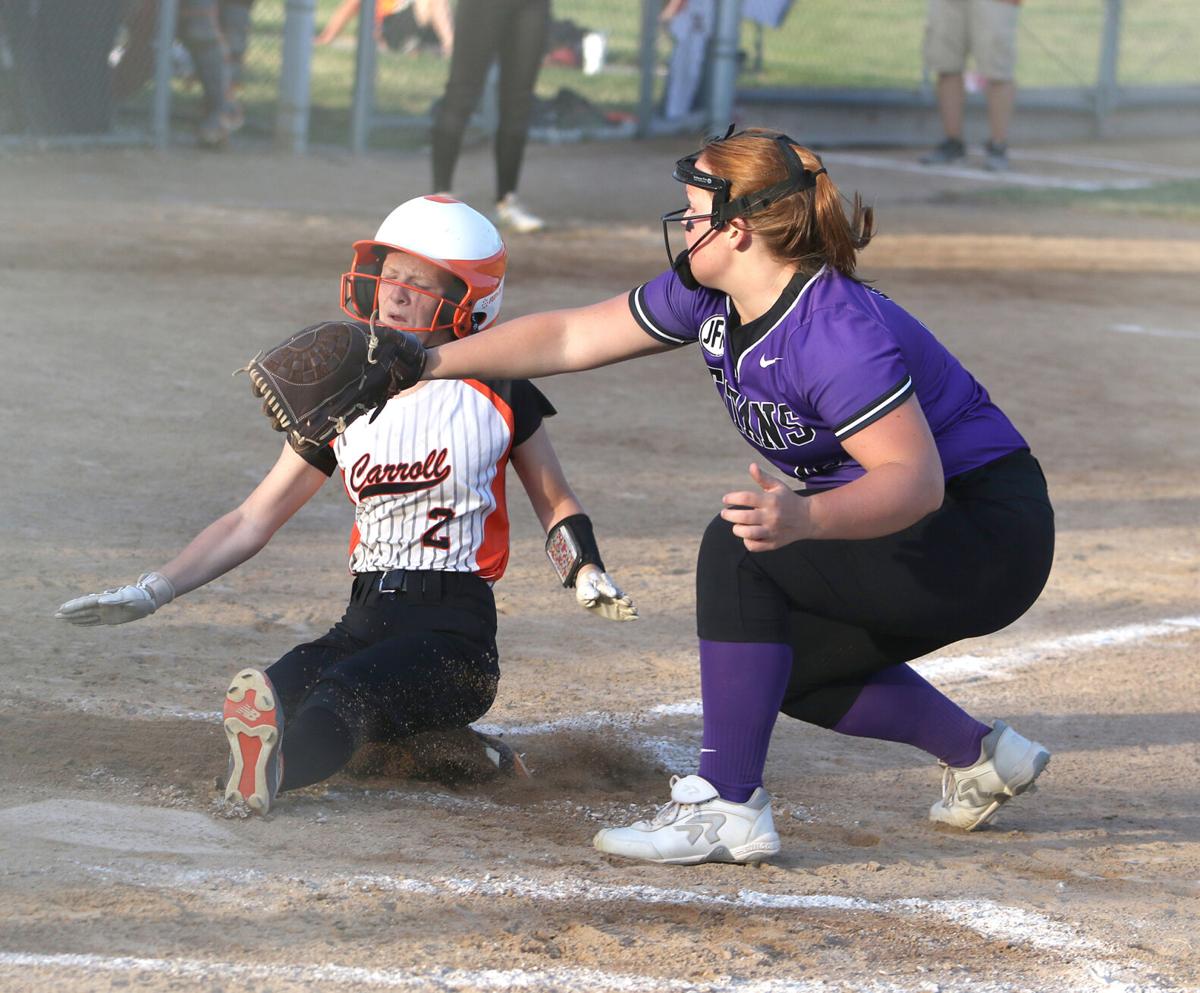 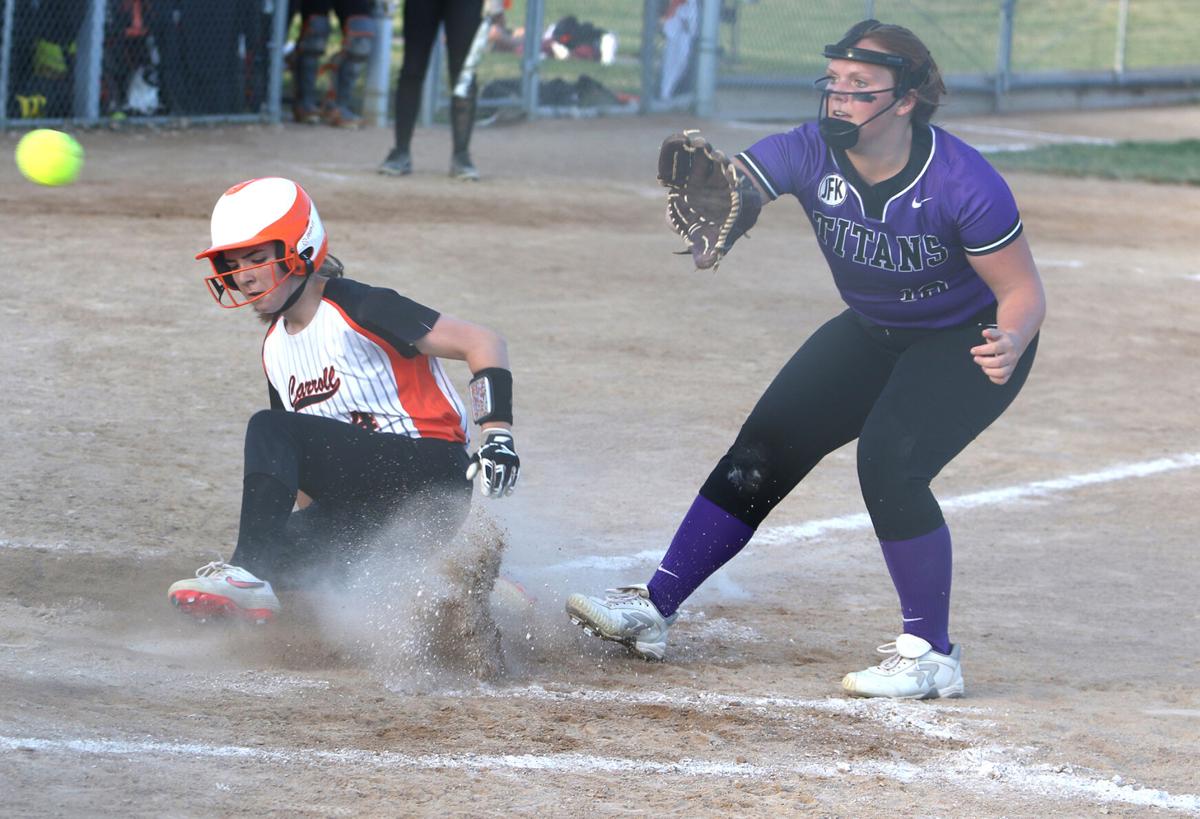 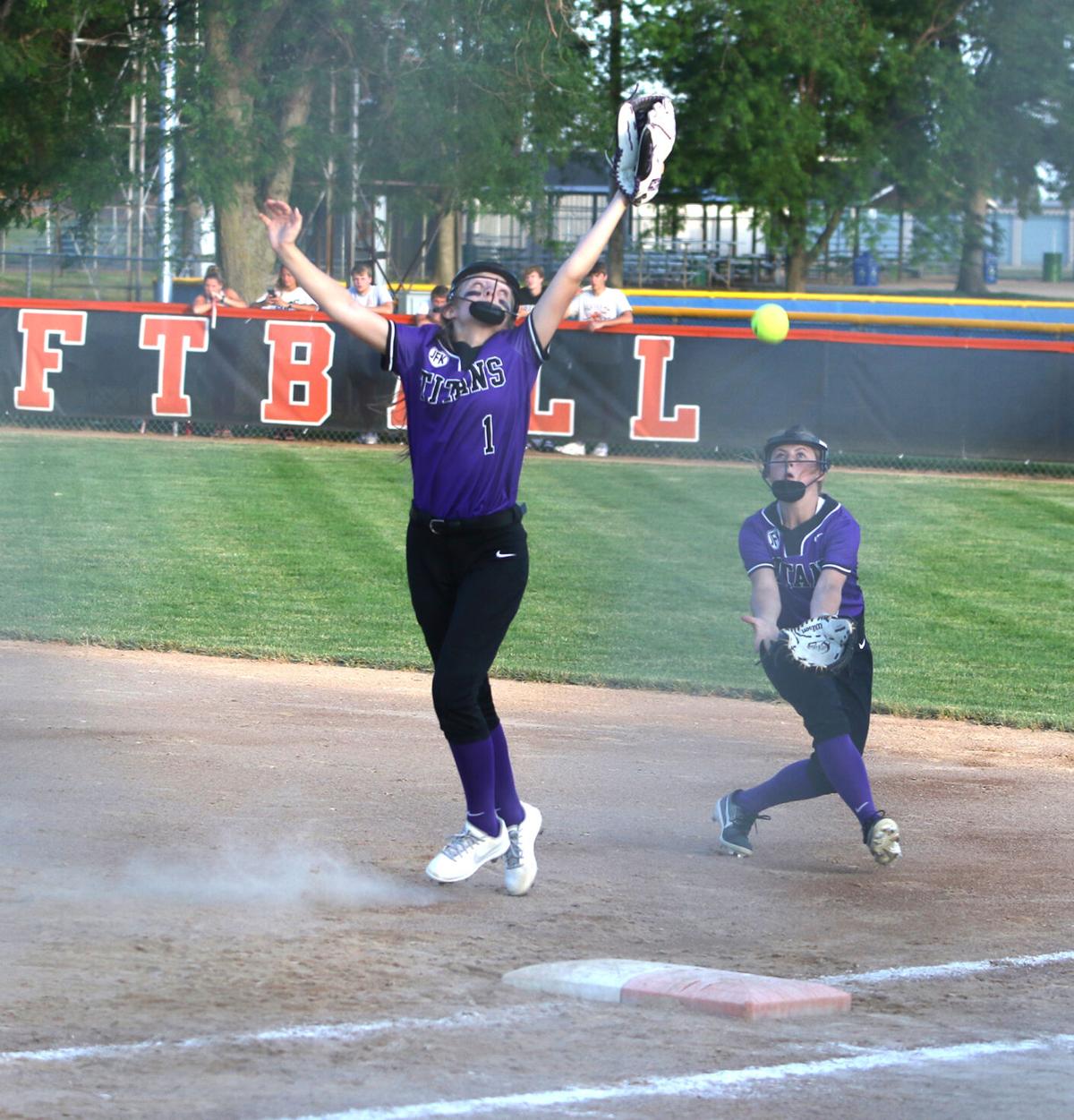 When seemingly half your conference is a favorite, not just to win the conference but to have a legitimate shot at the State title, games can get tough.

Carroll knows that its softball conference, the Raccoon River Conference, is a place where softball dreams are tested on a nightly basis.

That’s why games like Tuesday’s 10-4 victory over South Central Calhoun are games that the Tigers need. Not just for their overall record, but for the mental health of their team.

“It is really important to be able to grab some wins like this, especially with where we are at in the season,” Carroll High head coach Ryan Gallegos said. “We’ve had a few injuries on our team, so we are still trying to figure out that five and six position. We’ve tried some things out, and it was good for them to get some plays tonight.”

After falling one night earlier 12-0 to Boone, one of those juggernauts of the Raccoon River Conference, the 10-4 victory for Carroll, and especially their three-run first inning, was much-needed.

It started with three quick outs in the top of the first inning. Early on, the Tigers used their aggressive base running to secure an early run.

Just a few batters later, sophomore Camryn Schable was able to smack a pitch and send it over the left-field wall for the first time in her career.

“That first inning was really big for our team,” Gallegos said. “On Monday night we really weren’t in the game at all. I’m not sure what happened to us on Monday night. So on Tuesday we wanted to attack the ball and get things going offensively.

“Cam lighting that ball up was huge. It was big for her being the first home run ever, so that was pretty sweet.”

The confidence from the Tigers continued to build through the first three innings. By the end of the third inning, the Tigers were able to hold a 9-0 lead. South Central Calhoun would make things interesting, plating a run in the fourth and two runs in the fifth. The Titans’ fourth run came in the sixth inning, but Carroll countered with its 10th and final fun of the contest.

“It is always good to get a win going into back-to-back conference games,” Gallegos said. “I wouldn’t say that these are confidence boosters, but to be able to come back after a loss like we had Monday night is huge.”

The Tigers get little relief from their schedule. This week they were faced with conference games on Monday, Wednesday and Thursday. The Tigers get a break from conference action with a game against East Sac County on Friday, but then they head to the always-tough OABCIG tournament on Saturday, where they are guaranteed two games.

The Tigers face a daunting schedule both in and out of their conference games.

One thing that has helped the Tigers keep things fresh, despite a tough schedule, is their depth at pitchers that they have.

“I really like this combo pitching thing that we have going on,” Gallegos said. “We can get things started with Alyssa Brant and then put Camryn Schable in, or do the opposite. Not having to put the pressure on either of them to go the whole game is something that allows them to help themselves out, and it keeps people from getting too tired.”

With nights like Tuesday continuing to build up, the Tigers are still building themselves up to be a challenger in the mighty Raccoon River Conference.

While wins in non-conference play are well absorbed, the Tigers know that they will continue to build and be battle tested when the most important part of the season, the postseason, will roll around. Carroll is not afraid of any competition it will face.