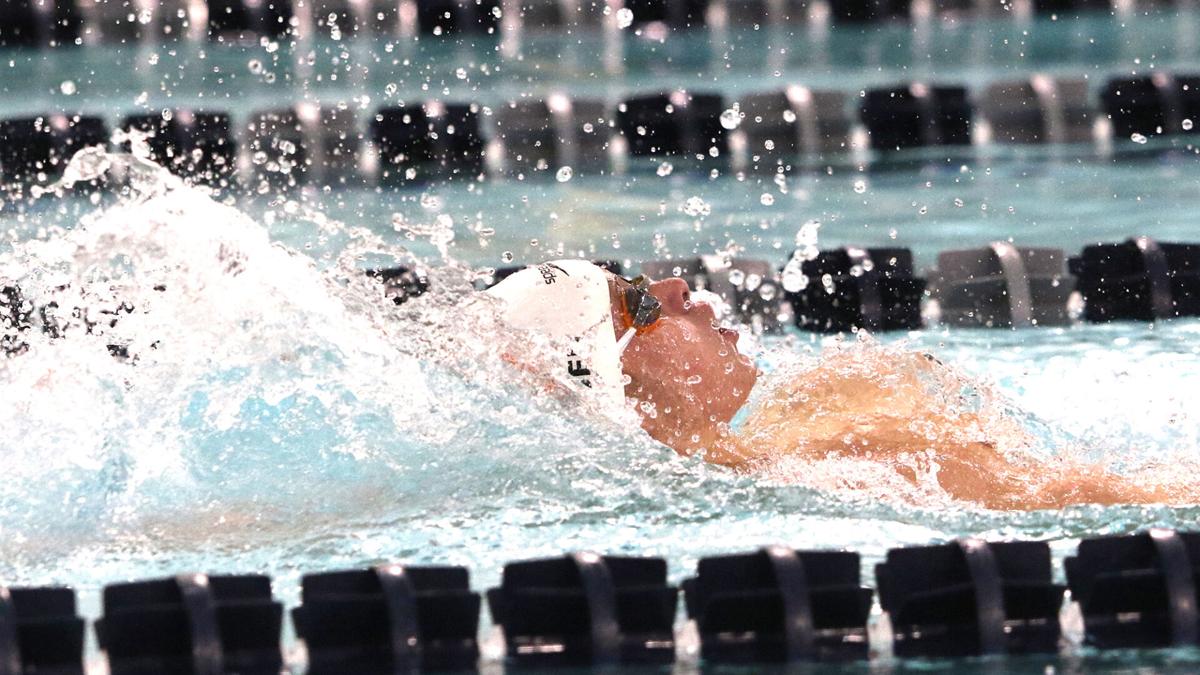 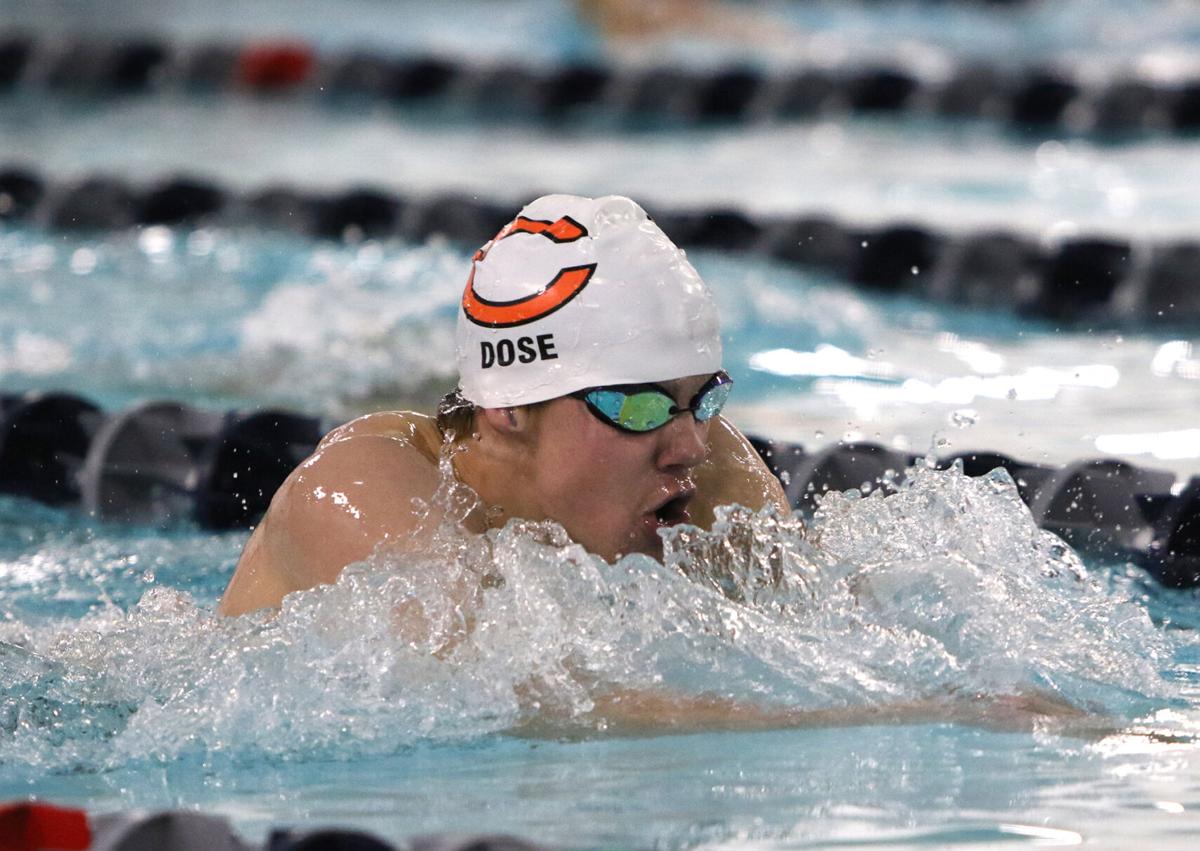 For the seniors they seemed to have a little something extra to prove on Tuesday night.

No race seemed to prove that more than the always quick 50-yard freestyle event.

As it was senior night, Carroll High had made sure to spread their seniors out throughout several different events. In the 50 free senior Sam Janssen was ready to prove how fast he was.

In the same race was teammate Kyle Sundrup. Although Sundrup is not a senior, he was ready to show that he was just as good as the senior he was racing against.

For the most part the two Carroll swimmers ignored their Des Moines Lincoln opponents.

Janssen was able to gain a quick lead in the race, making the turn at the 25 yard mark just ahead of Sundrup. Sundrup was able to catch up as the two racers sped towards the east wall, and the end of the race.

For the fans in the stands, and even the view of their coach watching from the sides, it was impossible to tell which Carroll swimmer had the edge.

Both the timers in lanes three and five stepped as close to the edge of the pool as they could to get the best vantage point.

Both racers seemed to stop at the same time.

The scoreboard wasn’t much help. Both Carroll swimmers turned in identical times, according to the red and orange text on the screen, 24.11.

The timers gave a nod to each other, and then walked over to the official timing table. It was official, there was a tie in the 50-yard free.

Both racers finished the event in a tie for first with the time of 24.11. Caleb Blair finished the same race in sixth with a time of 28.07.

For Janssen, and the Carroll swim team as a whole, the 50-yard freestyle race was just the tip of the big night that Carroll had.

“This was our last home meet of the season and senior night,” said Deb Danner, the head coach for the Tigers swim team. “Our seniors did a fantastic job leading the team to a victory.”

Janssen, especially had a strong night with four victories, including a very fast swim in the backstroke event.

In the 200-yard freestyle relay event Janssen led off the winning team. Tristen Blair, Sundrup and Jonathan Dose were able to swim on the team and finish with a winning time of 1:34.91. In third was the Carroll team of Boell, Ty Thomas, Nik Whipkey and Jacob Greving.

In the final event of the night Carroll was able to win the 400-yard freestyle relay event. There Janssen joined Tristen Blair, Sundrup and Jonathan Dose in a winning time of 3:33.05.

Placing fourth was the team of Timothy Dose, Caleb Blair, Matt Machovec and Nik Whipkey who had a time of 4:33.61.

The Tigers had been able to start the meet off on the right foot as the 200-yard medley relay team of Caleb Blair, Greving, Boell and Thomas were able to win with a time of 1:57.83.