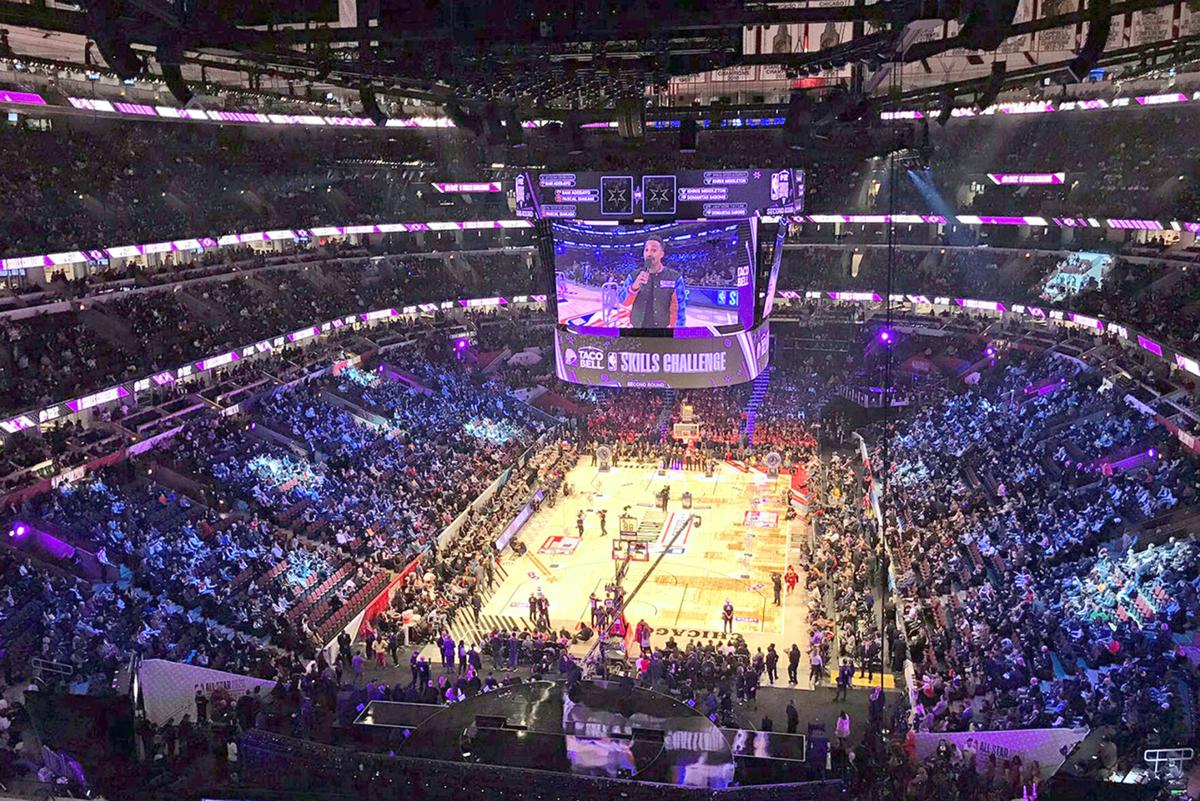 The 2020 NBA All-Star game was one of the final major sporting events prior to the coronavirus shutdown. 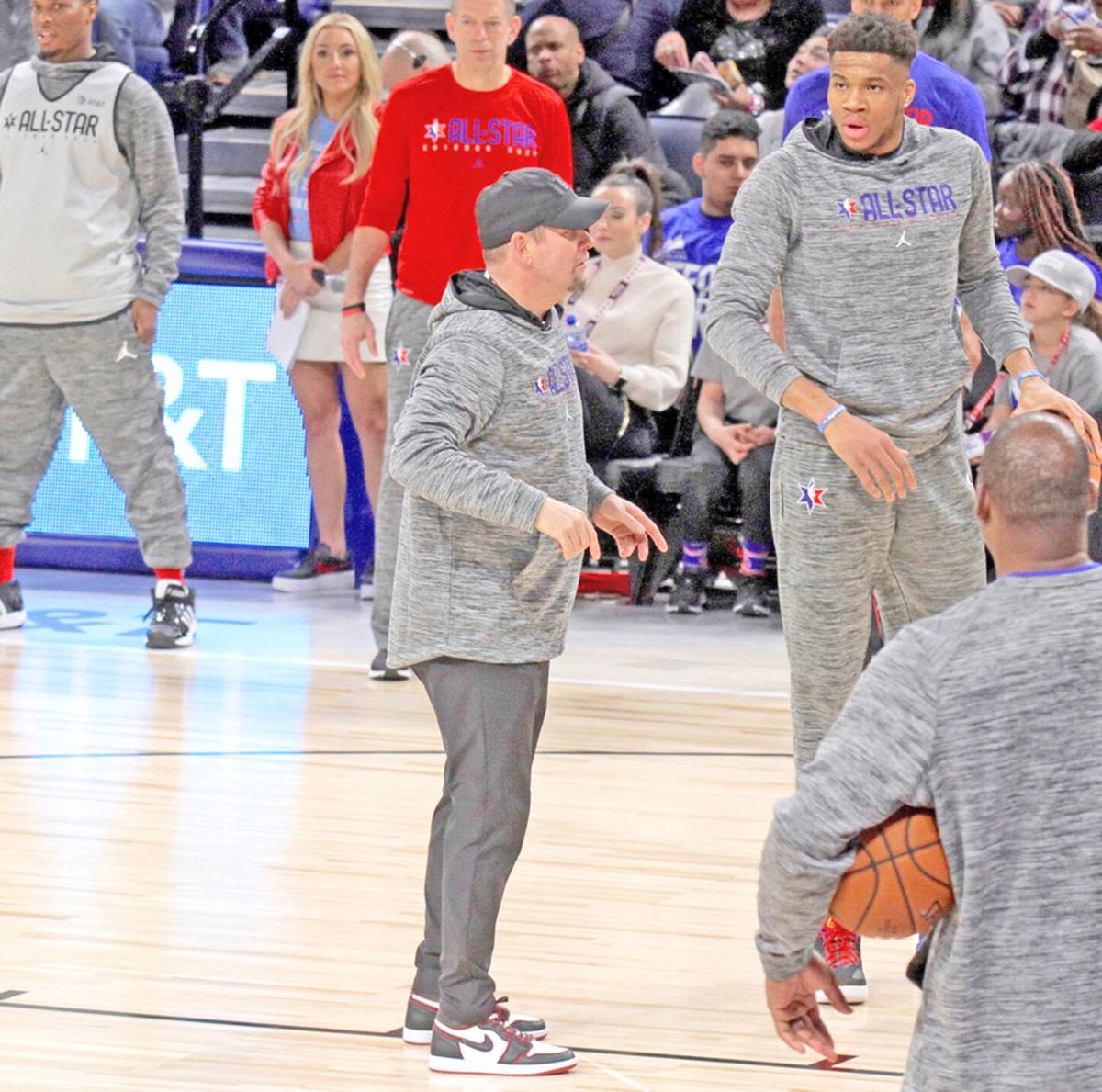 I didn’t see it coming.

Naturally, we’d heard rumblings of a potential outbreak, but my girlfriend and I (she’s become quite the handy co-pilot over the years) worked our way north toward the Twin Cities for what would become my final assignment prior to the Great Shutdown of 2020.

I was careful enough to not shake hands with strangers throughout the second weekend of March 2020, but my precautions stopped there. I was covering another NBA game, and was thankful to be there. As excited I was, it was nearly impossible to predict what would happen just a few days later. Chaos and fear ensued, crippling the sporting landscape.

March is typically one of my favorite months of the year, but as we all are fully aware, 2020 was certainly one to forget.

This month is filled with so much potential in a normal year. The snow thankfully begins to melt away, March Madness hits its stride, while spring training and the high school track season heats up, eventually making way for golf and soccer. It’s a sports-lovers dream, filled with non-stop action.

While all these things are more enthralling and important than ever (for obvious nostalgic reasons), it feels little different this year, doesn’t it?

As I slow down to pen this column, we remain just a few days from the unfortunate 12-month anniversary of the novel coronavirus outbreak. The pandemic has taken its toll on all facets of life. It certainly crushed the sporting landscape for a bit.

I barely avoided the NBA’s halt as a fringe observer but was in the thick of the high school sports shutdown. It’s difficult to fathom how a pair of back-to-back NBA assignments would be the last two events I’d have the pleasure of documenting over the next four months. I was in Minneapolis at a Timberwolves game just three nights prior to the NBA’s stoppage on March 12.

What’s even more striking, is how the NBA All-Star game and the Pelicans-Timberwolves game were a few of the final moments any of us (media or paying customers) could enter — and enjoy — a fully packed arena (or in Minnesota’s case, half full). These two games were not even a month apart, but they begin to still a very robust story. What a weird time.

The 2020 NBA All-Star game was quite the ordeal, held in the bone-chillingly cold location of Chicago on Valentine’s Day weekend. I was in the Windy City covering a Carroll native Nick Nurse as he coached one of the All-Star teams, and it truly evolved into so much more.

As a fan of the NBA for my entire life, I had no hesitations about venturing to Chicago, and why should I? COVID-19 was barely a blip on any American’s radar.

The scene was pure, controlled chaos — hundreds of thousands of fans and athletes congregated together for a celebration of basketball. There were parties (most of which I did not receive an invite to), a dunk contest, various practice and media sessions (holy crap, I’ve never before seen so many journalists crowded around rather boring athletes), entertainment showcases and of course, the vaunted all star game itself. This hoopla was all surrounded by some of the world’s biggest celebrities and musical acts.

I toured the city, catching several different NBA-sanctioned events and mingling with various media personalities while taking in the delectable food and beer scene the Midwest’s biggest city has to offer. Everything seemed normal. I sat in the upper deck for the dunk contest and the all-star game, chatting with a journalist from Georgia and hurling questions at Nick Nurse within the tight confines of a packed media room. It all seemed so normal. No masks were worn, very few sanitization efforts were present. Everyone seemed in a great and festive mood.

COVID-19 was merely a fringe-level buzzword at the time. I remember it rather vividly. We felt untouchable, it was a virus we didn’t need to worry about. Basketball and entertainment were the only objectives that weekend, for everyone involved, including myself. And the game itself was quite the treat, complete with a number of touching Kobe Bryant tributes.

I reflect a year later with a sense of relief and anxiousness.

Most alarming, in retrospect, was how that weekend took place less than a month before the nationwide outbreak, though it feels as if it happened years ago.

Barely three weeks later I was on the NBA beat again, this time taking the short jaunt up I-35 to cover Jaxson Hayes and the New Orleans Pelicans as they squared off against the Minnesota Timberwolves. Hayes is the oldest sun of Kristi (Kinne) Hayes, Jefferson-Scranton’s all-time leading scorer and one of the best six-on-six players in state history. Jaxson was in the midst of his rookie year, a highly-touted 19-year old playing for the New Orleans Pelicans. Things were a little more tense within the bowels of the Target Center as the threat of medical danger worsened. I was more aware this time, but I wouldn’t necessarily say I was hesitant of the task at hand.

My pregame interview with Jaxson was pushed to after the final, not ideal especially because he rode the bench the entire time, but I could make it work. None of us in attendance seemed to worry about the threat of a pandemic as the game went on. I came away impressed by Zion Williamson’s sheer athleticism and Jrue Holiday’s sneaky great skillset.

The post-game press conferences were conducted like normal (I actually spent a few minutes inside the Pelicans’ locker room waiting for Hayes, as awkward as that was), eventually leading to my brief interview with the rookie in the adjacent hallway. He didn’t seem too enthused to be talking to a no-name Iowa journalist, though he still found time to interact with his Iowa family in the stands. Smiles and hugs were shared (remember those?), stories were told and the coronavirus seemed like an after thought.

I returned to Iowa that following morning on March 9, content with my coverage and thrilled to have another NBA event in the books.

Unknowingly, our lives would change forever not even two nights later. Utah’s Rudy Gobert tested positive for the coronavirus and panic quickly began to spread. That game was canceled, and though the Dallas Mavericks game proceeded on TV, the league ended up shutting down later that night. It was a chaotic scene to watch unfold on the tube, I can only imagine what it would’ve been like to cover in person. I skirted that wild scene by a few days, which is hard to fathom even a year later. Gobert’s positive test sent the United States into a quick tailspin... Iowa high school sports were postponed a few days later before the spring season was eventually canceled all together. The NBA, NHL, college basketball and the MLB all shelved their games, which meant March Madness was a no-go. Most of us were sent home to work for the unforeseeable future. I’d hibernate in my personal office until June — I still haven’t cut my hair. The locks are real and they flow, y’all. The lockdown changed working habits, ignited stress and forced us to reconsider many things. It all happened so quickly.

Unfortunately, we as a nation are only in a slightly better position than last March. Yes, I am absolutely thrilled and thankful Iowa has produced high school sports for the last eight or so months, but we’ve also lost half a million lives and I still have to wear my mask when I leave the house. Only a few fans are allowed at most college and professional sporting events and it seems like that will continue for a while. It helps me realize how lucky we are to actually have plenty of sports to choose from, with even more action coming on the horizon.

Here’s to an awesome month of March and a great spring, hoping to take another step in the Great Return.

JACKIE IS A HOSTESS: Jacquelyn Jochims of Carroll, now an elementary school teacher in Kansas City, was the hostess at the Iowa Auto Dealers Convention banquet in Des Moines. Pictured with Miss Jochims are Clark Peters, left, president of Peters Motors, Inc., of Carroll, and Warren McEleney …