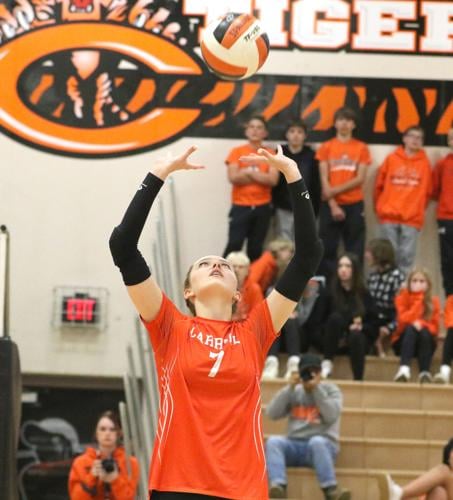 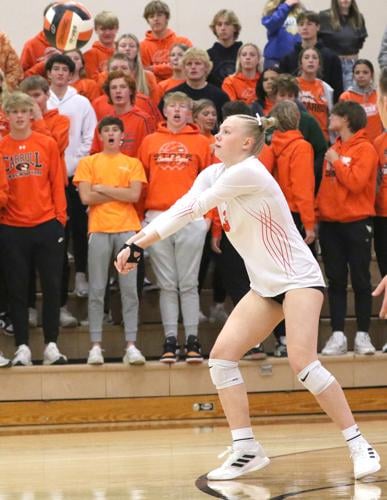 Throughout the entire season Carroll’s volleyball team was one that never seemed to give up.

Carroll finished the season with a 10-23 record, which included a win over Storm Lake in the opening round of the class 4A regional playoffs.

For their efforts this year two Carroll players were named to the All-Raccoon River conference team.

Seniors Madison Tunning and Kaitlyn Tigges were both named to the honorable menton list.

Tunning was able to finish the season with 33 matches that she played in. During that time she had 37 assists and one kill. One of the specialties of Tunning was her digging ability as she finished with 333 on the season. Tunning also had a total of 21 aces, the second-most, on her team. She served the ball in bounds 87 percent of the time.

Tigges played in 28 matches and was the setter for the Tigers. She led her team with 246 assists. She also had two kills. The senior also had 135 digs, 12 aces and a serving percentage of 91 percent.