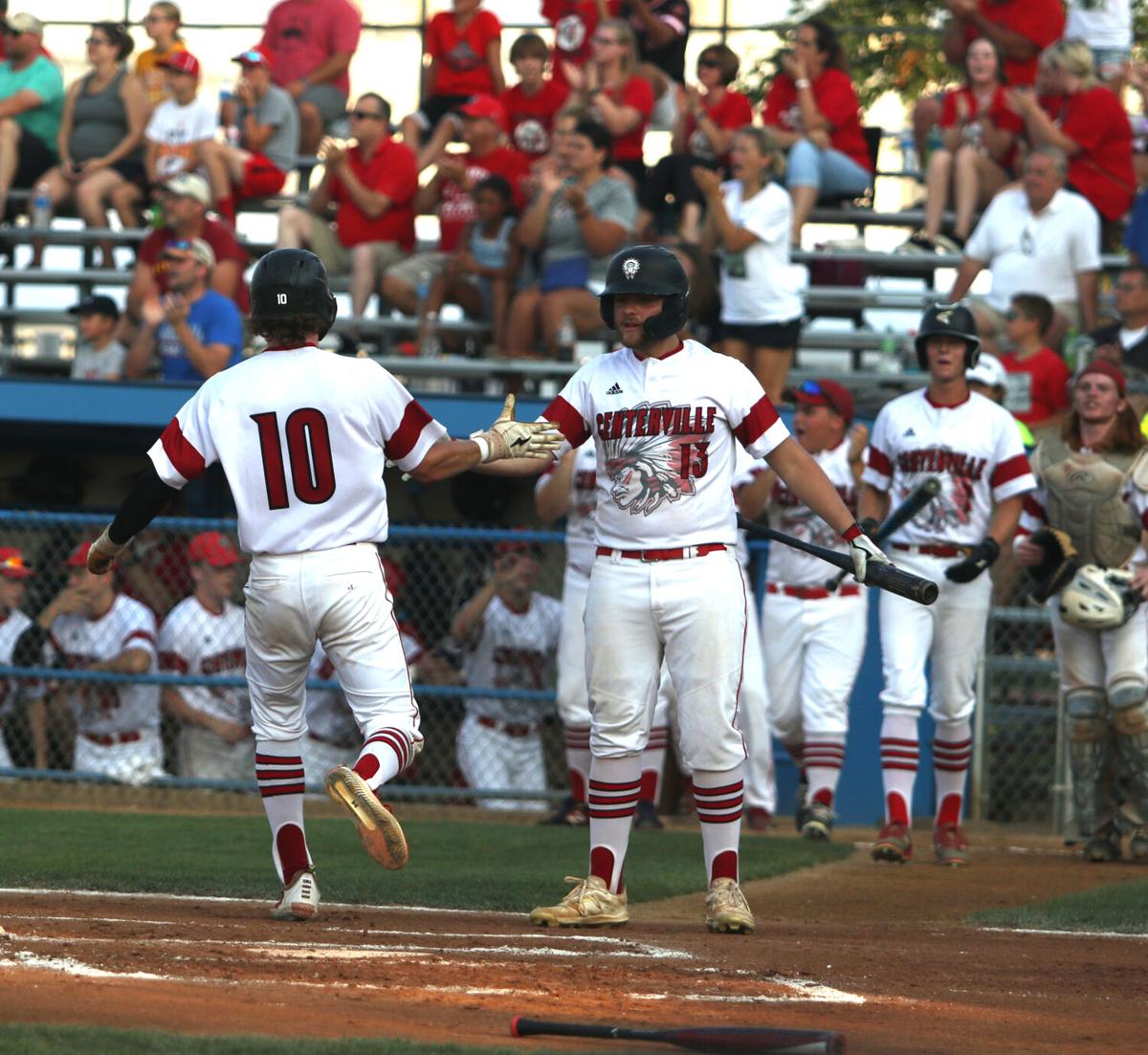 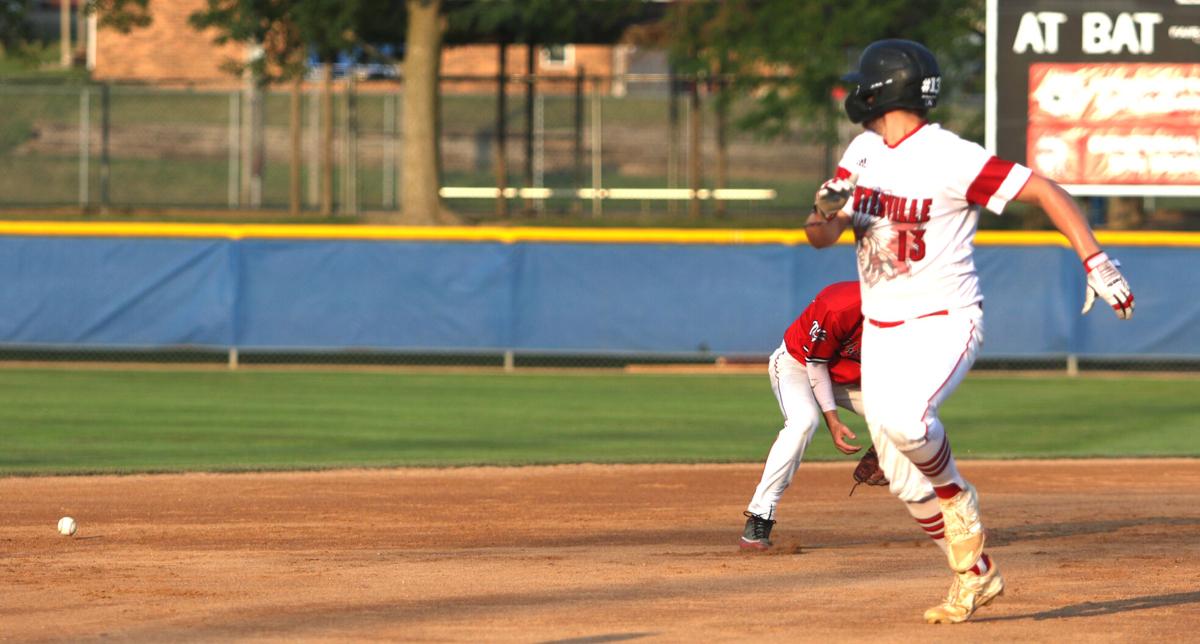 Centerville's Brody Tuttle (13) looks back to see the ball roll into the outfield during the bottom of the first inning. With the ball rolling free, Tuttle would round third base and come in to score for the Big Reds in their July 27 class 2A quarterfinal round. Centerville won the game 10-0 over New Hampton.

Centerville's Brody Tuttle (13) looks back to see the ball roll into the outfield during the bottom of the first inning. With the ball rolling free, Tuttle would round third base and come in to score for the Big Reds in their July 27 class 2A quarterfinal round. Centerville won the game 10-0 over New Hampton.

When they entered the 2019 State tournament, one year removed from a class 2A State championship, they knew they were facing some stronger challenges.

They started in a positive way by winning 10-0 in five innings over New Hampton in the quarterfinal round.

All of the damage was done in the first two innings by the Big Reds. They were able to score three runs in the first inning and seven in the second.

“These guys can swing the bats,” Centerville head coach Ryan Hodges said. “For some reason we are able to get the bats swinging really well in the month of July. We had two weeks to prepare for this run, and it has really benefitted us.”

The Big Reds were able gain four hits in the opening inning which brought in three runs. The most memorable of the runs came from third baseman Korey Shondel who sent a pitch flying to the right-center field gap for a stand-up RBI double. The other two runs in the first inning came off a New Hampton error when the throw to first was off target.

In the bottom of the second the powerful Centerville bats were able to once again come alive as three of the first four batters collected a hit. Second baseman Kellen Johnson provided the fireworks when he hit a double over the left fielders head for two RBI as the runs poured in for the Big Reds.

After scoring seven runs in the second inning the Big Reds had 10 runs, and neither team would score, or even threaten for the rest of the game, which ended in five innings due to the mercy rule.

For the Big Reds the win is a way to heal some of the wounds of tournaments past.

“We have a little unfinished business when we weren’t able to defend our State title in 2018,” Hodges said. “We had to go up to 3A and then we were right on the cusp of making the tournament last year when we were back in 2A. The guys have responded really well. They are really feeding off the opportunity to defend their title.”